A woman found dead in her backyard is believed to have been mauled by her own two dogs while trying to break up a fight with a neighbor’s dogs.

Last Friday, 48-year-old Tiffany L. Frangione’s two dogs got into a fight with her neighbor’s dogs while in her backyard, investigators said. When she tried to  intervene, her pups turned against her, leaving puncture wounds on her neck.

Police still are awaiting autopsy results to confirm Frangione’s cause of death but the medical examiner determined her death was accidental and listed the cause as ‘blunt force trauma of the neck with penetrating injuries and mechanical asphyxia,’ the Houston Chronicle reported. 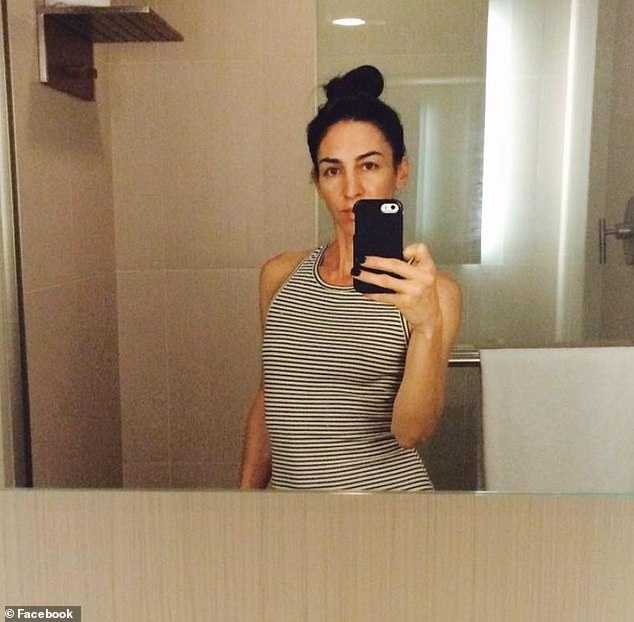 Police say they believe Tiffany L. Frangione (pictured) was mauled to death by her two dogs when they got into a fight with her neighbor’s dogs while in her backyard 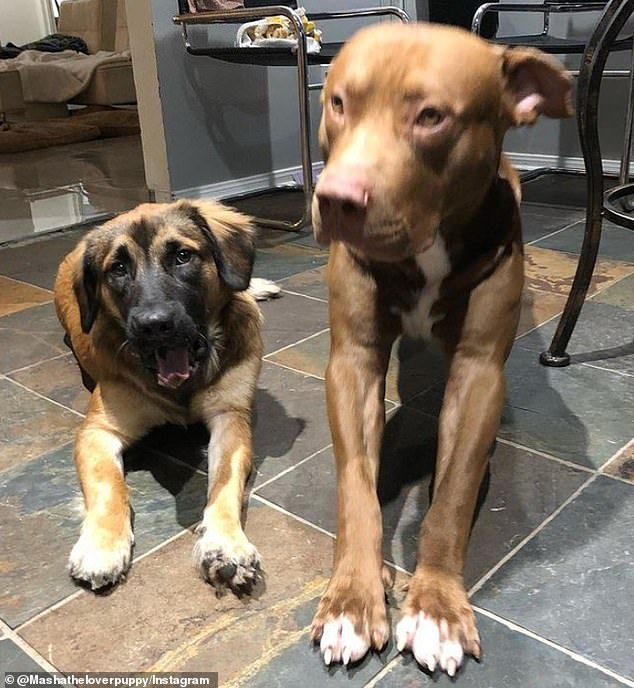 According to her posts, in 2019 Rachirius Maximus (right) and Masha (left) had puppies together and said she was ‘truly blessed’

Tiffany L. Frangione’s backyard where her body was discovered on Friday after police say they believe she was mauled by her two dogs

The 48-year-old is believed to have been attacked by her two beloved dogs, a female, three-year-old Alaskan husky mix named Masha and three-year-old male Cane Corso mix – a breed of pit bull – named Rachirius Maximus.

Frangione has owned both dogs since they were puppies, with Masha coming into her life at just three-weeks-old and Rachirius Maximus when he was nine-months-old.

The city of Houston’s BARC Animal Shelter confirmed that those were the dogs involved in the deadly attack to KHOU11.com

The shelter said they were turned over by Frangione’s husband following the attack and that they are scheduled to be euthanized Monday.

Frangione was a doting owner to her pups, proudly posting pictured of them on social media and even creating Instagram accounts for both of them.

According to her posts, in 2019, after Rachirius Maximus and Masha had puppies together, she said she was ‘truly blessed.’

In a 2018 post, Frangione said Rachirius Maximus was born in Dubai and was previously a guard dog. 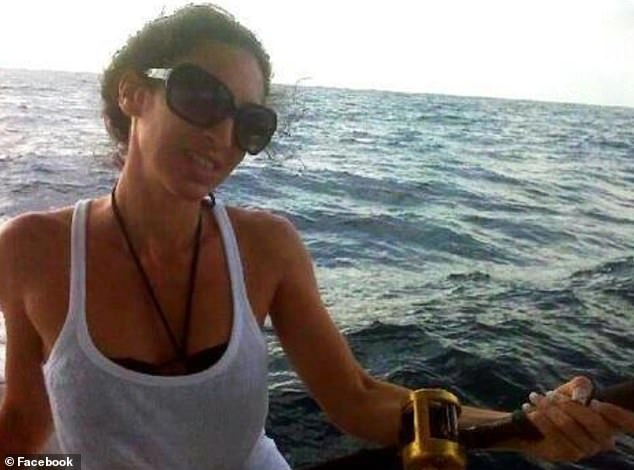 Frangione (pictured) was a doting owner to her pups, proudly posting photos on social media and even creating Instagram accounts for both of them 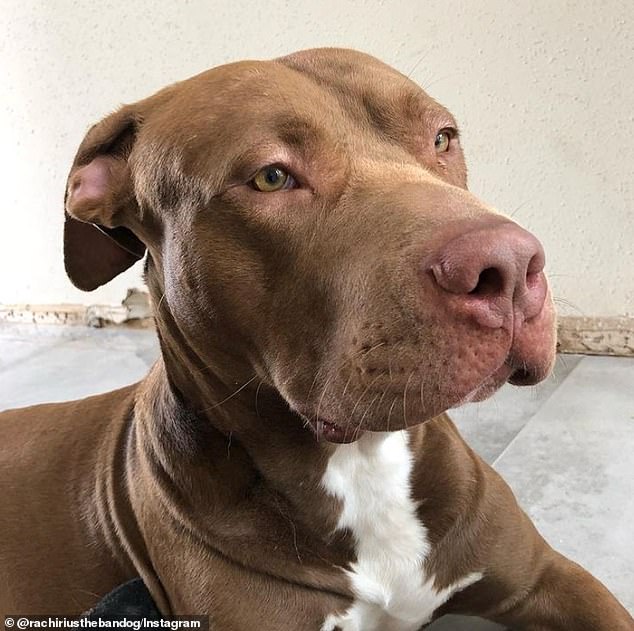 In a 2018 post, Frangione said Rachirius Maximus (pictured) was born in Dubai and was previously a guard dog 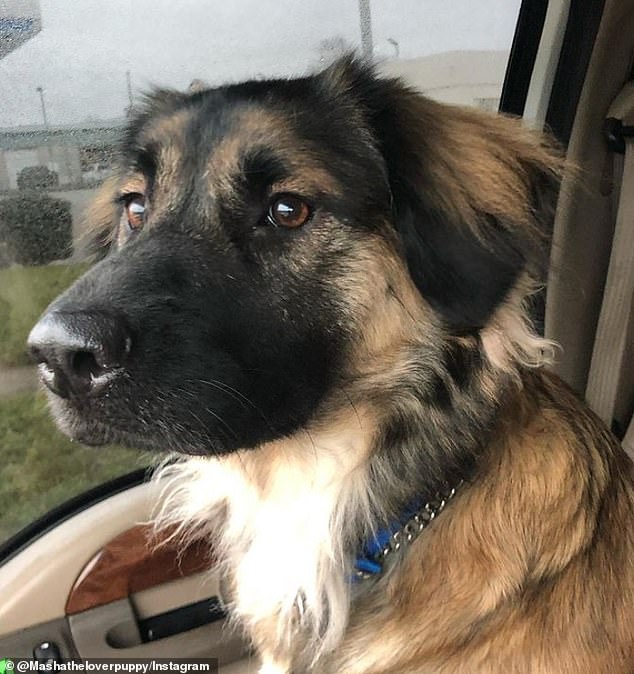 Frangione was mauled by her two dogs, including a five-year-old Alaskan husky mix named Masha (pictured) 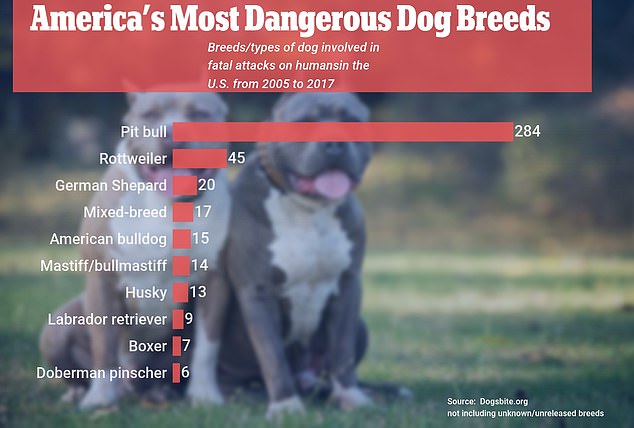 Pictured: America’s most dangerous dog breeds involved in fatal attacks between 2005 and 2017, with pit bull’s taking the top spot, being responsible for 284 deaths

‘I came to the United States with my two brothers all the way from Dubai,’ she captioned a photo of the Pitbull. ‘I was brought to silently guard a sheiks compound but found myself conflicted between the job I was hired to do and my kind and loving nature. I chose to leave my past of high profile bodyguard duties and start my life loving and protecting my new masters.’

Texas, and Houston in particular, is one of the country’s worst areas for dog bites and deadly canine attacks.

In August, there were two vicious dog attacks in Houston in one day, just miles apart.

A 12-year-old boy suffered serious injuries to his face after being attacked by a husky while getting off a school bus. A few hours before that, a 67-year-old man was critically injured by two pit bulls a few miles away while on an early morning walk.

On average from 2013 to 2016, 1,671 dog bites occurred each year in unincorporated Harris County, where Houston is located, said attorney Brian White, who specializes in dog bite lawsuits.

Houston also remains the worst U.S. city for dog attacks on postal workers, with 85 attacks reported in 2019. Los Angeles came in second with 74 attacks, and Chicago was third with 54, according to the U.S. Postal Service.

Meanwhile, pit bulls continue to top the list of America’s most dangerous dog breeds, having been responsible for 284 fatal attacks on humans from 2005 to 2017. The second breed on the list, Rottweilers, came in a distant second with 45.