President Joe Biden and the White House are showing little willingness to bend to pressure from liberal Democrats calling for more robust condemnation of Israel’s actions amid the worst regional violence in years.

Speaking at the White House, The US President said he did not ascertain an irregular response to Hamas’ rocket attacks from Israel, which has launched airstrikes in Gaza  which has killed at least 87 people so far, including 18 children and eight women, according to the Gaza-based Palestinian Health Ministry. 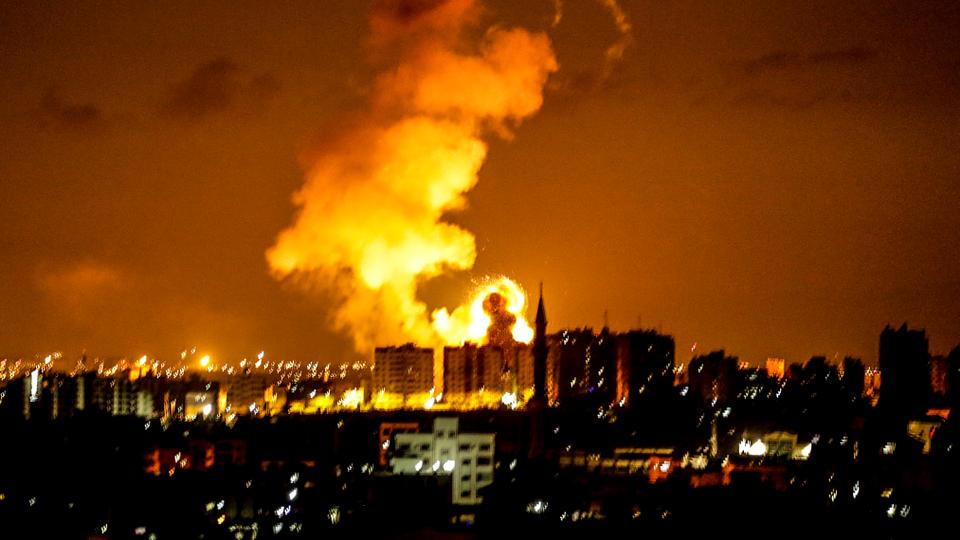 A press statement by the secretary Jen Psaki declined to say whether Biden pressed Israeli Prime Minister Benjamin Netanyahu on the growing Palestinian civilian death toll in a telephone conversation on Wednesday.

“In our view, attacks from Hamas into civilian neighborhoods is not self defense, so he certainly reiterated that, but also reiterated the need to move to de-escalate the situation on the ground,” she said.

Behind the scenes, officials have been more forceful with their Israeli counterparts, urging against the eviction of palestinian from their homes in East Jerusalem, according to officials familiar with the matter on ground. And a readout of Joe Biden’s phone call with Netanyahu said he “shared his conviction that Jerusalem, a city of such importance to people of faith from around the world, must be a place of peace.”

But in his public statements on the crisis, Biden has clung to toward staunch support for Israel, despite calls from within his own party to adopt a tougher stance.

“One of the things that I have seen, thus far, is that there has not been a significant overreaction. The question is, how we get to a point where — they get to a point where there is a significant reduction in the attacks, particularly the rocket attacks that are indiscriminately fired into population centers,” Biden said at the White House when asked whether Netanyahu is doing enough to stop violence from escalating. Biden has only spoken publicly about the increasing violence in Middle East, when questioned at the end of events. Officials said they believe he can play a more dynamic role in confidential discussions, including with Netanyahu, than in making public statements.

But officials are been mindful of the delicate — and somewhat new — political pressures Biden is facing on the matter. Though he has been versed in this issue for decades as a senator leading the Senate Foreign Relations Committee and later as vice president, a growing strain of Democratic politics has been harshly critical of Israel’s actions.

The progressive Democrats pounced on biden’s statement on wednesday that Israel has a right to defend itself without mentioning anything about the Palestinians.

“Blanket statements like these with little context or acknowledgement of what precipitated this cycle of violence – namely, the expulsions of Palestinians and attacks on Al Aqsa – dehumanize Palestinians & imply the US will look the other way at human rights violations. It’s wrong,” wrote Rep. Alexandria Ocasio-Cortez of New York on Twitter.

Rep. Ilhan Omar of Minnesota, responding to the White House’s readout of Biden’s telephone call with Netanyahu, decried its lack of mention of Israel’s treatment of Palestinians

Psaki, questioned about those statements, said Thursday the US was opposed to any civilian deaths.

“Let me be very clear: it is a tragedy for the loss of any life — civilian, a child — and we’ve certainly seen that as this violence has escalated. Our objective and our approach is to work with leaders in the region, whether they’re the Israelis or the Palestinians, or leaders from other countries who can play an integral role in influencing Hamas, to de-escalate and move toward a more stable peace,” she said. 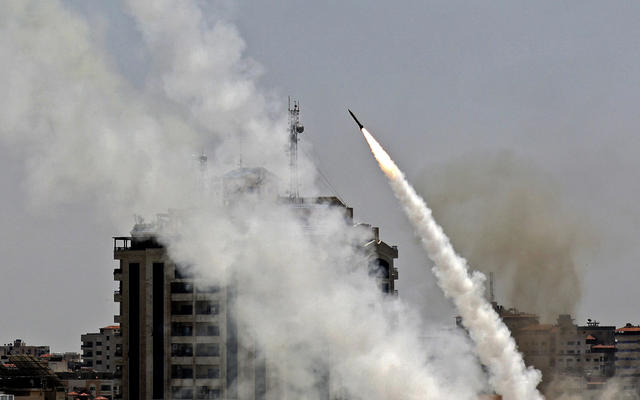 As Hamas continues sending a barrage of rockets into Israel, and Israel pounds Gaza with airstrikes, the White House is closely watching nascent ceasefire negotiations led by Egypt to bring an end to the violence, according to senior US officials, even as the outcome of those talks remains unclear.
On Wednesday, Biden said he believed the crisis would not be prolonged after his conversation with Netanyahu. But he did not say what role the US would play in bringing it to an end.

Officials said part of his optimism has been rooted in the conversations American officials have been having with allies in the region, including Egypt and Qatar, who have relations with Hamas and could help strike a deal to end the bombardments. His national security adviser Jake Sullivan has spoken to officials from both countries over the past two days.

The White House efforts at engaging with the Palestinians to stem the violence are limited. Administration officials, including Secretary of State Antony Blinken, have spoken to President Mahmoud Abbas. He has little control over Hamas or Gaza and there is an inherent limit to the amount of influence the US can exert on the situation because the US does not engage with Hamas, which the nation labels a terror organization.
Instead, officials say telephone lines at the White House and State Department have been blinking non-stop since the violence began over the weekend with calls to other regional players. The White House said Wednesday there had been more than 25 calls and meetings among senior US officials and regional counterparts.
Encouraging and monitoring those efforts is one of the primary current objectives of the White House amid the crisis, officials said.

“What our objective is in the short term is that Egypt, Tunisia, other important countries in the region certainly can play a role in conveying to Hamas and leaders of Hamas the reasons for de-escalation, and how that could be beneficial. And that’s a role they have played historically, at moments in time,” Psaki said on Thursday.