Threats against MPs during rallies against state COVID-19 vaccine mandates have federal police and politicians on high alert.

The Australian Federal Police intervened on the weekend because of “specific threats against different members of parliament”.

Commissioner Reece Kershaw declined to name the parliamentarians, or the nature of the threats.

“We know that the environment has changed rapidly due to a number of factors,” he told reporters in Canberra on Monday. 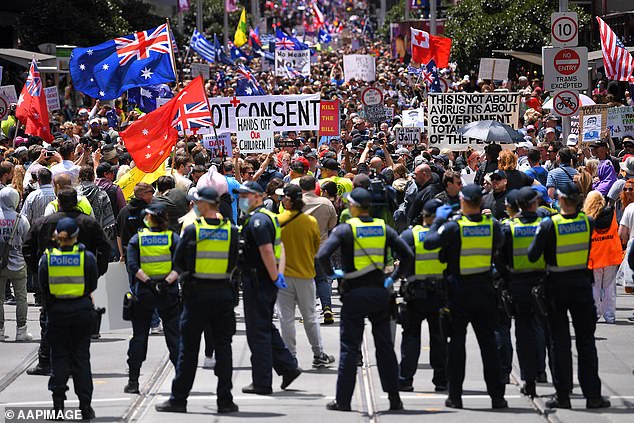 “We will be making sure we do as much as we can to keep our parliamentarians safe.”

The recent murder of a UK politician prompted a review of security arrangements for federal politicians.

“We are very aware that there are people in Australia who wish to do parliamentarians harm, whether that be at the federal level or at the state level, or in some cases in local government,” she said.

“There will be continuing work in relation to making sure MPs are safe as they go about their work.”

Opposition Leader Anthony Albanese is concerned ministers are having to bring security along with them for press conferences.

“You’ve got to call out this behaviour for what it is,” he told ABC radio.

“I am more concerned about security issues than I have been in the past.”