At least 32 persons’ have been killed and 108 injured in a Train collision where two train collided on Friday in southern Egypt apparently after someone activated the emergency brakes which caused the train to come to a halt.

The Train collision caused three passenger cars to flip over and videos on local media from the scene showed wagons with passengers trapped inside and surrounded by debris.

Some victims seemed unconscious while others could be seen bleeding. Bystanders carried bodies and laid them out on the ground near the site.

Authorities have dispatched 36 ambulances to the scene and casualties were being taken to local hospitals, the nation’s health ministry said in a statement on Friday, March 26. 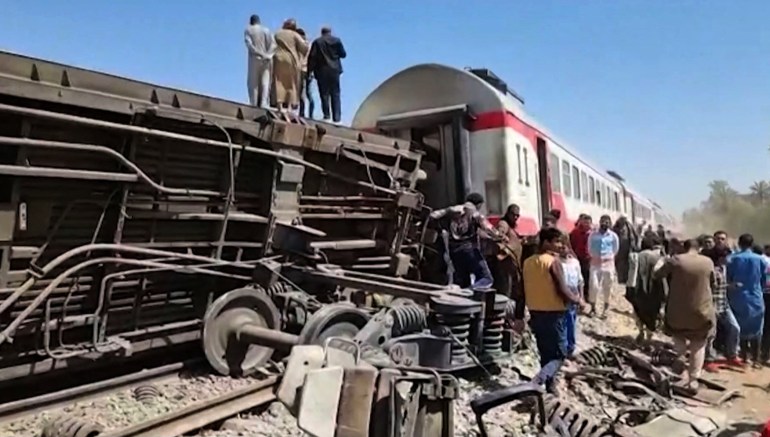 According to the Egypt railway authority; the collision occurred near the city of Sohag, about 500km (260 miles) south of the capital Cairo.

The brakes caused one of the trains to stop and the other to crash into it from behind, and the authority is conducting further investigations, it said.

The public prosecutor’s office said it has also ordered an investigation.

“The trains collided while going at not very high speeds, which led to the destruction of two carriages and a third to overturn,” an unnamed security source told Reuters news agency.

President Abdel Fattah el-Sisi promised to punish those responsible for the deadly wreck.

“Anyone who caused this painful accident through negligence or corruption, or anything similar, must receive a deterrent punishment without exception or delay,” el-Sisi said on Twitter.

El-Sisi told Prime Minister Mostafa Madbouly to head to the site of the crash with the ministers of health and social solidarity, state television reported. 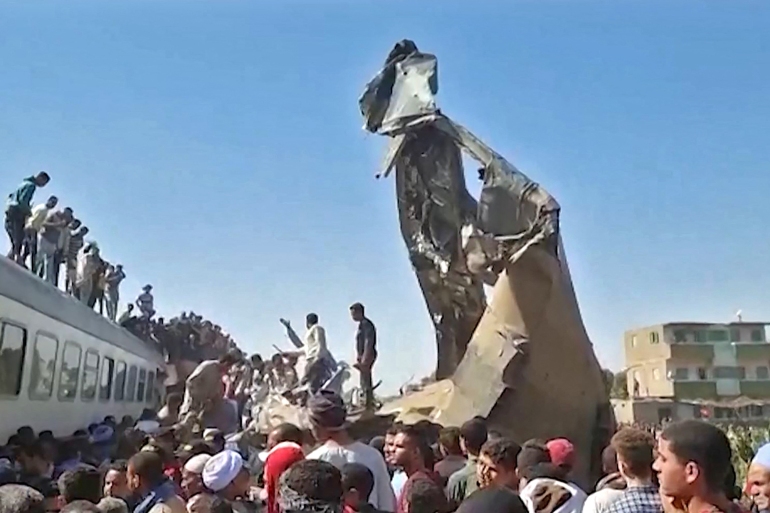