If anyone ever says to me, ‘That’s impossible’ or ‘You can’t do it’, rather than crumble, I just get the bit between my teeth.

When I was at school in Huddersfield, my careers adviser told me I wasn’t bright enough to work with animals. Aged 14, I was one of those children who just stared out of the window, daydreaming, doing the bare minimum. But then I discovered author James Herriot’s books — about a veterinary practice in the Yorkshire Dales — and decided I wanted to work with animals. My career adviser had other ideas. ‘You’re never going to be a vet, Amanda, because you’re not smart enough,’ he told me, cruelly. But I went back to the library and found a photographic book called Hill Shepherd, by John Forder, which pictured the lives of shepherds in the Lake District and the Yorkshire Dales. Until I read that book, I had no idea it could be a vocation. 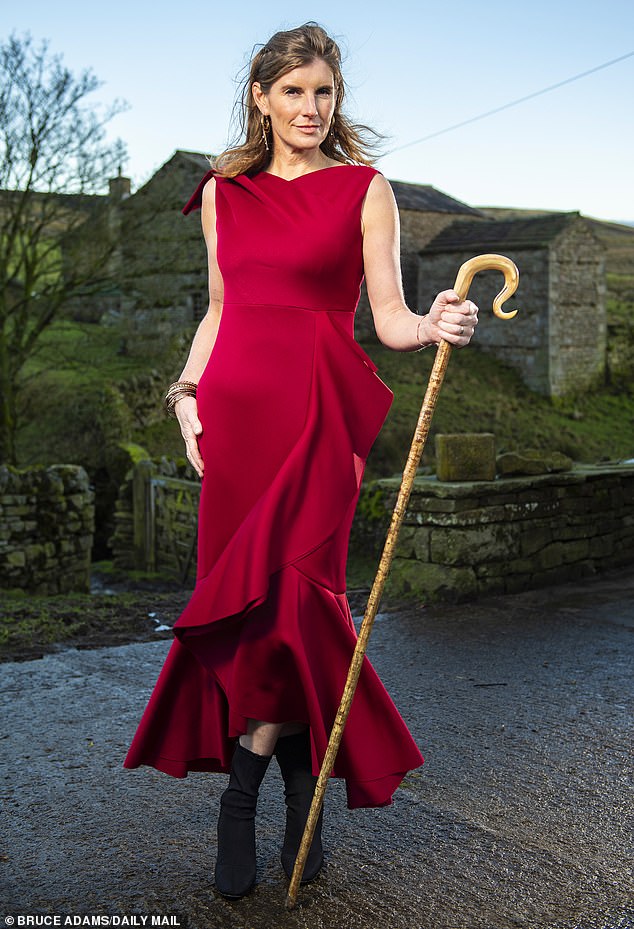 Shepherdess Amanda Owen, 47, (pictured) who lives in North Yorkshire, said a career adviser in school told her she wasn’t bright enough to work with animals

That was my epiphany, and I set my mind on making it my life (milking cows, herding sheep, driving tractors, lambing, clipping and shovelling muck) before working as a contract shepherdess — and then, since 1996, here at Ravenseat Farm with my husband Clive.

Decades later, after seeking a solitary, quiet life, the irony is not lost on me that I’ve somehow ended up in the limelight. My life as a shepherdess was featured in the ITV show The Dales in 2011, which led to Channel 5’s Our Yorkshire Farm.

So far, the books I’ve written have sold upwards of half a million copies, all because I didn’t let myself be pigeonholed and I didn’t give up.

I want exactly the same for my children. We’ve got nine, which was never the plan. I want them to climb higher, ride faster, always to challenge themselves and others. We owe it to ourselves to try things, because life is short.

Celebrating The Seasons With The Yorkshire Shepherdess, by Amanda Owen (£20, Pan Macmillan), is out now.