Jacqui Lambie has described the torrent of abuse she received from anti-vaxxers after urging Aussies to get jabbed in a feisty senate speech.

The Tasmanian senator said she was called ‘crazy, stupid, ugly and fat’ in a relentless barrage of abuse on her social media pages. 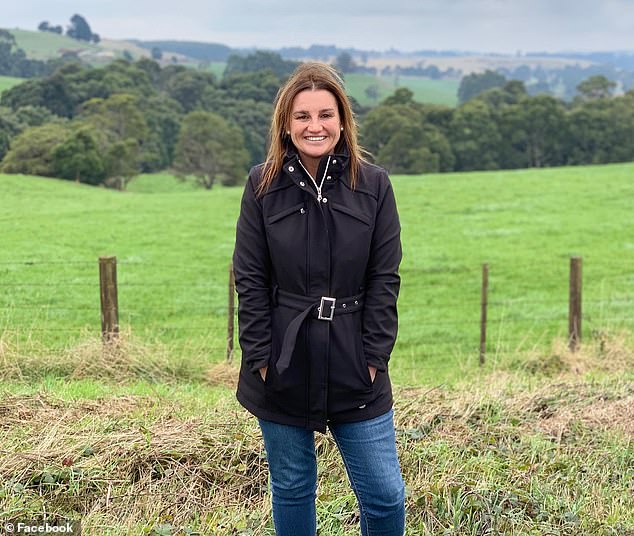 Jacqui Lambie (pictured) was elected to the senate in 2019. On Monday she passionately opposed a One Nation bill to ban vaccine mandates 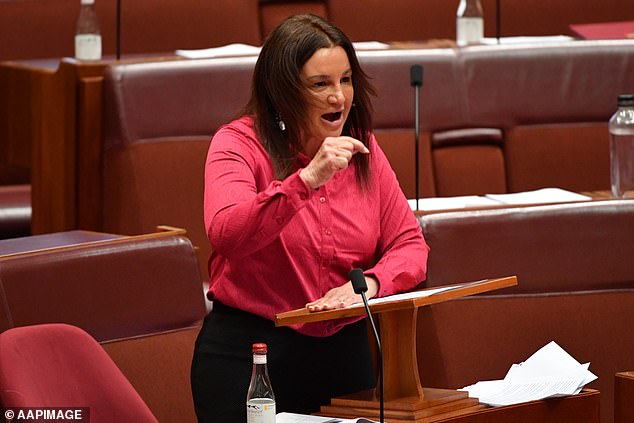 ‘I had people launching into my comments on posts from years ago, completely unrelated to Covid, just to call me a “slut” or a “bogan”,’ Senator Lambie wrote in The New Daily.

‘Thousands of angry comments. Some people commented 50 times, attacking anyone who supported me.

‘Some accused me of treason. Said I should die. Said I was crazy, stupid, ugly, fat, not good enough to be a Senator. Lovely stuff.’

In the senate on Tuesday, Senator Lambie blasted One Nation for leaking her phone number after she opposed the party’s bill to ban mandatory vaccinations.

‘You have the (federal police) briefing politicians about our safety, you have gallows on the steps of Victoria’s parliament and senators in this very chamber should not be facilitating any abuse,’ she said.

‘It is completely unacceptable to leak other senators’ personal contact details to the public just because you do not like what they are saying.

‘One Nation have crossed a line here that should never be crossed.’ 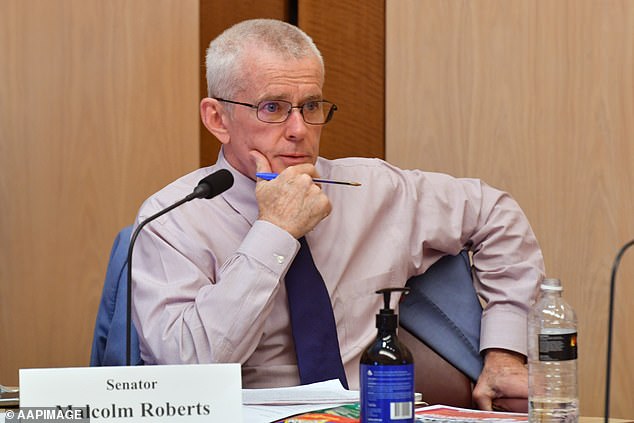 Senator Malcolm Roberts told the Senate that Mr Mav posted the number after it was sent to him by a voter who got it from a Facebook post from Senator Lambie urging people to contact her.

Appearing via videolink, Senator Roberts accused Senator Lambie of playing the victim and misrepresenting the circumstances – which was met by her shaking her head in the chamber.

Senator Lambie asked Senate President Slade Brockman to investigate the leaking of her number and decide whether Senator Roberts should issue an apology, as well as looking at the safety of senators more broadly.

Senator Brockman is considering both matters.

The revelation came on the same day two men were hit with charges after allegedly left threatening messages on the phone of West Australian Premier Mark McGowan.

The premier’s personal phone number was leaked last month and he was forced to close his electorate office south of Perth indefinitely amid security concerns.

Senator Lambie has hit headlines this week with two passionate speeches in the senate, one on vaccination and the other on the Government’s failure to introduce a federal corruption watchdog.

On Tuesday she slammed Scott Morrison, calling him a liar and the worst ever prime minister in a scathing rant.

Senator Lambie  lambasted Mr Morrison and the Coalition for ‘incompetence,’ saying she was looking forward to it losing the next election.

‘You are finished in the next election. You’re gone,’ Senator Lambie said.

‘You’re finished in Tasmania. I reckon your two seats are gone. They’re completely gone,’ she said in reference to the ultra-marginal seats of Bass and Braddon.

The outspoken independent senator said she would run her own candidates in Liberal-held seats and ‘pass those preferences where they deserve to go – not to political liars’.

She tackled Mr Morrison for not delivering on his election promises.

‘[The Coalition] have gone from one prime minister to another and this is the worst one on record,’ she said.

‘He’s incompetent. He’s not a leader and I’m enjoying watching him and you fall apart.’

Ms Lambie said it was ‘shameful’ the government had not established a federal Independent Commission Against Corruption almost three years on from when the Prime Minister first promised to do so.

‘It’s been 1076 days the PM stood up and told the country they’d get an integrity commission in this term of parliament,’ she said.

‘He told us that he was committed to getting it done – another lie.’

The incredible rant comes after Ms Lambie unleashed on One Nation leader Pauline Hanson for her stance against vaccine mandates on Monday.

She accused One Nation of ‘using people’s fear’ to gain popularity before the coming election.

On Monday Ms Hanson introduced a bill to ban mandatory vaccinations and overturn state and territory leader’s requirements for full vaccination to be required in some settings.

Despite five Coalition senators crossing the floor, the bill failed to pass.