Dramatic video has emerged of the moment a Sydney bride and her wedding party had to be escorted past Covid protests by police.

TikTok user Sandra shared a video of her mates being escorted by armed officers at the weekend after their limousine was blocked by demonstrators.

Despite the inconvenience, protesters congratulated the bride as they made their way to the venue on foot. 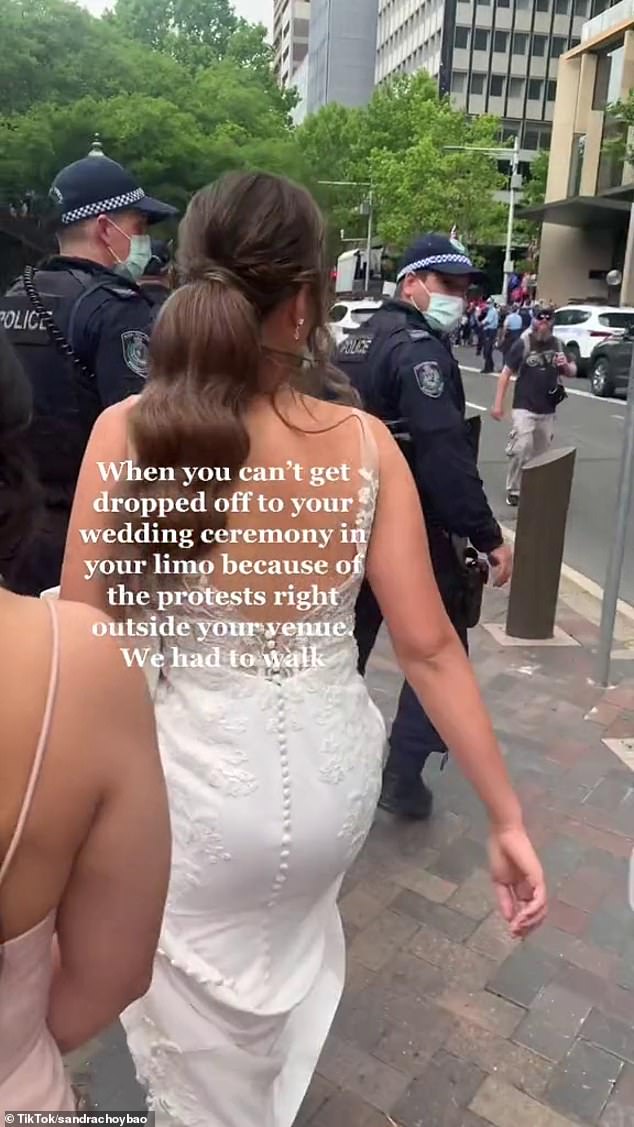 Despite the change in plans, Sandra wrote that nothing was going to ruin the bride’s day.

‘Nothing could’ve ruined this day, not even an anti-mandate protest right in front of the wedding venue,’ she captioned the video.

Mass anti-vaccination protests took place throughout Australia at the weekend with 13 major cities interrupted by the violent ‘freedom rallies.’ 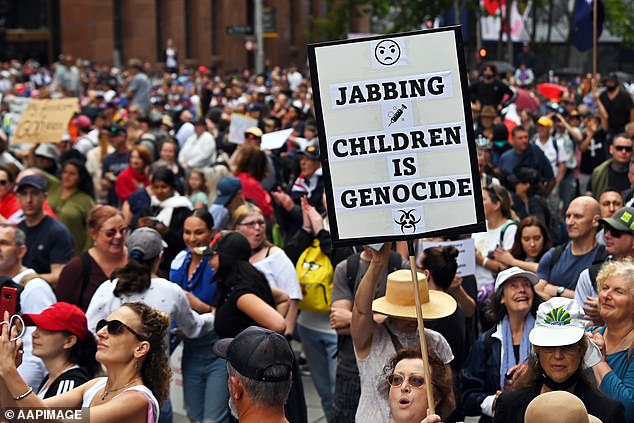 Protesters believe the government is attempting to unfairly control the Australian population through the use of specific vaccine mandates.

The protests have grown have grown increasingly controversial in recent days – particularly in Melbourne where demonstrators parked a gallows out the front of the Victorian Parliament last week. 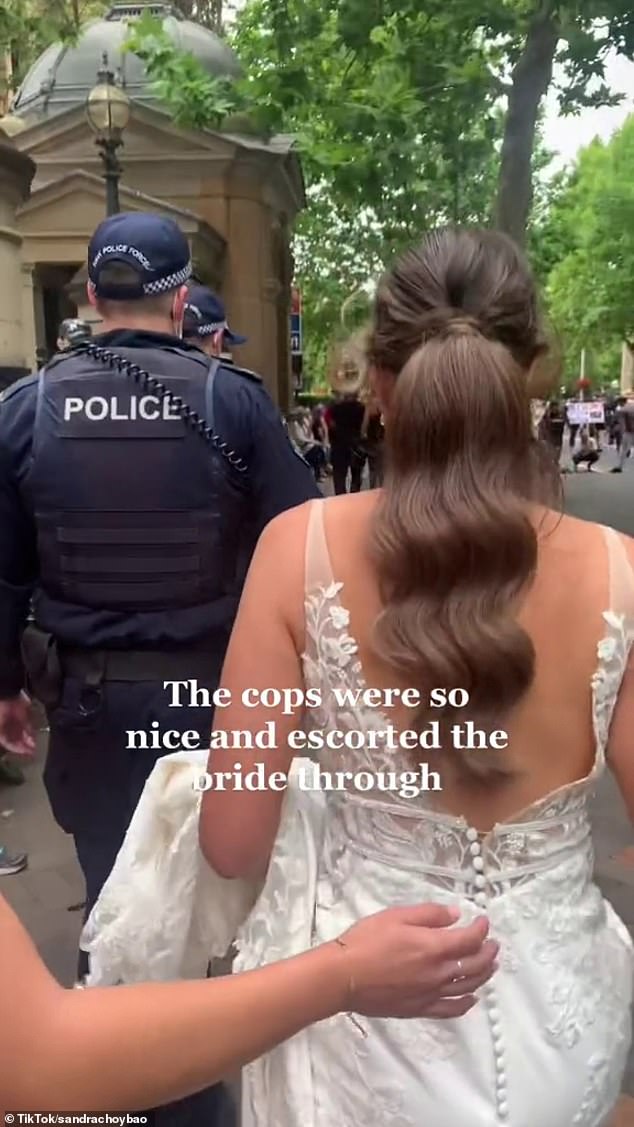 ‘I completely and totally and continue to denunciate (sic) any violence, any threat, any intimidation,’ Mr Morrison said last Friday.

A majority of viewers on TikTok sympathised with Sandra and expressed frustration at protesters.

‘They (protesters) make everyone else’s lives horrible,’ one commenter wrote.

‘I’m sorry they ruined your day,’ another wrote. 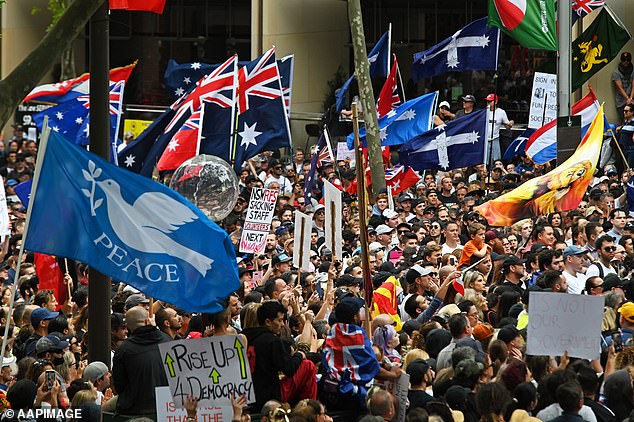 However, some commenters sided with the protesters and belittled the wedding party for complaining.

‘We are so privileged that we think this is being hard done by,’ one commenter wrote.

‘These people are standing up for you to be able to be free to have a wedding.’

‘Yes, you’re not the only person that lives in the city, mind blowing I know,’ another wrote.