The US president decided to break tradition and erase Dr. Seuss books from his proclamation on Read Across America Day.

Six books in the ever-rhyming Dr Seuss universe are no longer going to be published due to racist and insensitive imagery and themes, as accepted and announced by the Dr Seuss Enterprises team. And hoo boy it’s certainly put a bee in the bonnet of conservatives, and those who bloody love to whinge about things becoming “too politically correct these days”. 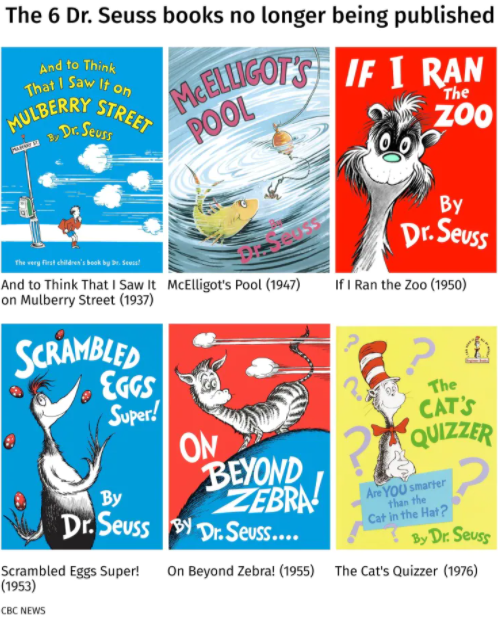 Parents have expressed outrage on Twitter after US President Joe Biden announced Dr. Seuss books will not be part of “Read Across America Day.”

The Read Across America program was launched by the National Educators of America (NEA) in 1998 to promote children’s literacy, according to MSNBC.

In a statement released on March 2 – the late author and cartoonist’s birthday – the company said that it would be ceasing the publishing and distribution of six titles after a review of the entire Seuss catalogue with a panel of experts.

“We are committed to action,” the statement read.

“To that end, Dr. Seuss Enterprises, working with a panel of experts, including educators, reviewed our catalogue of titles and made the decision last year to cease publication and licensing of the following titles:  And to Think That I Saw It on Mulberry Street, If I Ran the Zoo, McElligot’s Pool, On Beyond Zebra!, Scrambled Eggs Super!, and The Cat’s Quizzer. These books portray people in ways that are hurtful and wrong.

“Ceasing sales of these books is only part of our commitment and our broader plan to ensure Dr. Seuss Enterprises’s catalogue represents and supports all communities and families.”

See some reactions below.

BRB buying all the Dr. Seuss volumes for the kids before the woke book burners can get to them all 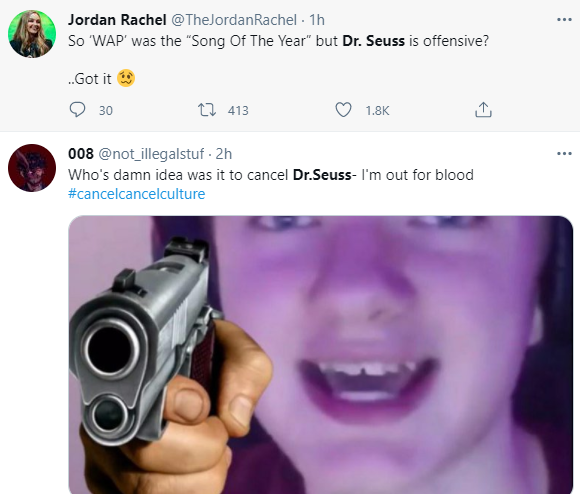 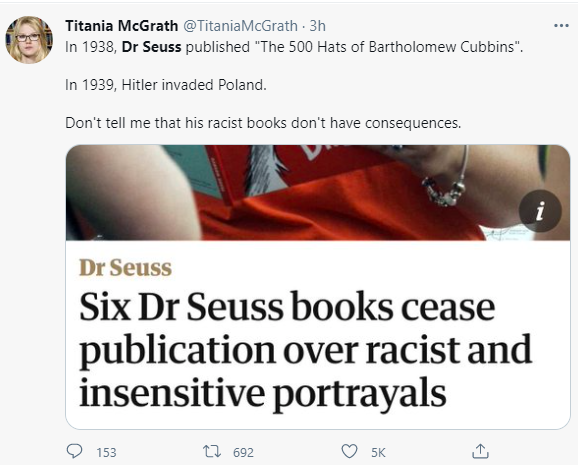 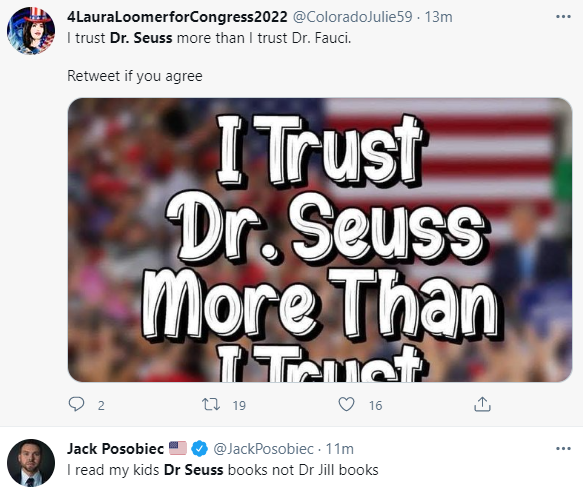 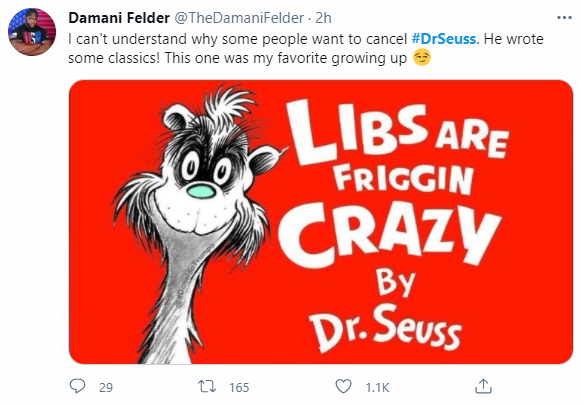 no one is “cancelling” dr seuss. they’re just removing his offensive books from stores. and this is because his publisher wanted to do it, not because of twitter. 10 seconds of research could show you this. y’all are so annoying. #cancelcancelculture pic.twitter.com/yXxhkK0wJz