Seven naked and starving children have been rescued after being found locked inside a filthy flat in Brazil.

The children, belonging to two mothers, are between ages 3 and 7. They were left in the care of a 13-year-old girl, who is the sister of the children’s mothers.

The children had been locked inside the house without adult supervision by their mothers, who also live in the property. 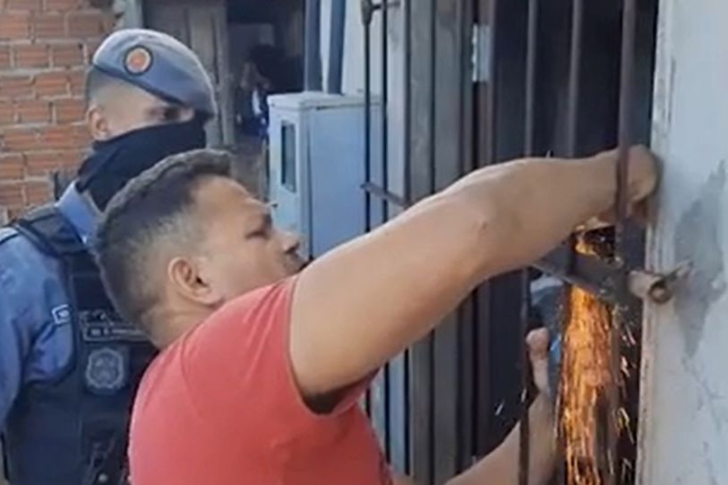 Police officers went to the house after receiving anonymous tip-offs about the children’s condition. Police found them locked inside the property in Macapá, Brazil, on June 4 and had to cut through the metal gate to reach the children.

Officials said they were filthy, starving, unclothed and also had the flu. They also showed signs of anaemia and wounds on their bodies.

Officials said the property was dirty and there was no running water, drinking water, food, cooker or fridge inside.

According to the child protective services, one of the boys has autism, and they are all now receiving medical treatment.

The teen who was with the kids when cops arrived had been told to look after them and lie about her age if anybody asked, by claiming she was 17.

The 13-year-old girl informed the officials that her two older sisters were the mothers of the seven siblings – one of three children and the other of four.

The officials were initially unable to locate the women but later the two mothers contacted the child protective services to get their children back. They were only able to present documentation for two of the minors.

The child protective services had also tried to locate the children’s fathers and grandparents. However, they were also deemed unfit to take the children, who currently remain in care.

The police are investigating the case.