Scott Morrison blasted Labor for launching personal attacks on him in a furious outburst in parliament.

Labor has this week been trying to cast doubt on Mr Morrison’s integrity with a series of questions about false statements he has made as Prime Minister.

In Question Time on Tuesday Labor asked why he denied using the term ‘Shanghai Sam’ to describe former Labor senator Sam Dastyari when in fact he had used it ’17 times on 11 occasions’. 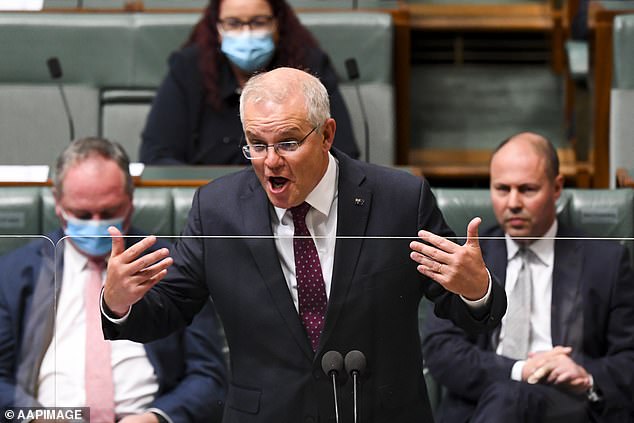 Mr Morrison said he did not ‘accept claims’ from the Opposition and accused Labor of ‘sledging’ and launching ‘personal attacks’ due to a lack of policies.

‘The Labor Party thinks sledging, whining and whinging is a policy. That’s not how you actually run a government they have no alternative plans, no alternative policies they come here every day and they engage in personal attack,’ he said.

‘That’s OK, bring it on. You want to engage in personal sledging, where I go for holidays, and if I go home and spend Father’s Day with my family.’

In September Labor frontbenchers lined up to blast Mr Morrison for flying from Canberra to Sydney and back for a fleeting Fathers’ Day visit while millions of Australians were locked down and unable to travel. 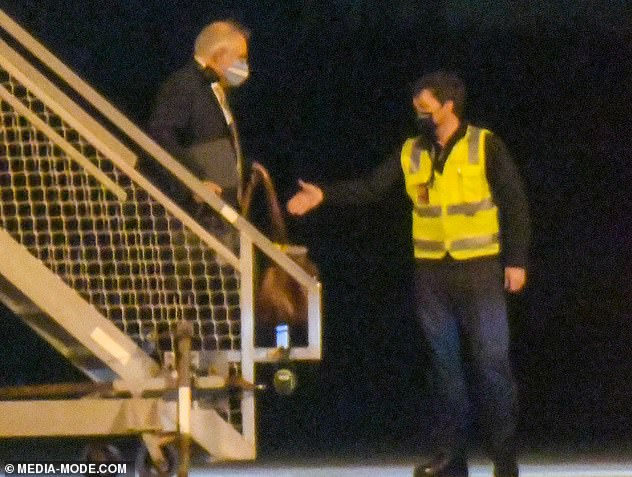 The Prime Minister took his private RAAF jet from Canberra to Sydney on a Friday evening and then returned to the capital for work on Monday morning.

An exemption was not needed to enter NSW but Mr Morrison was granted special permission to re-enter the ACT as an essential worker for a national security meeting on Monday.

Mr Morrison defended his trip, saying it was necessary for him to fly back to Canberra for work because some top secret business can only be done from the capital.

Mr Morrison had called Mr Dastyari ‘Shanghai Sam’ after he was caught up in Chinese influence scandal.

Revelations he told Communist Party-aligned businessman Huang Xiangmo – a donor to both Labor and the coalition – his phone was probably being tapped by Australian agencies amplified calls for his head and he resigned from the Senate in January 2018.

On Monday Labor probed Mr Morrison over his 2019 trip to Hawaii after he flew there with his family without telling the public, the media or the Opposition where he was going, sparking nationwide intrigue.

It only emerged he was in Hawaii when photos surfaced of him hanging out with Aussies in his board shorts – and he was heavily criticised for leaving the country during one of the worst bushfire seasons on record. 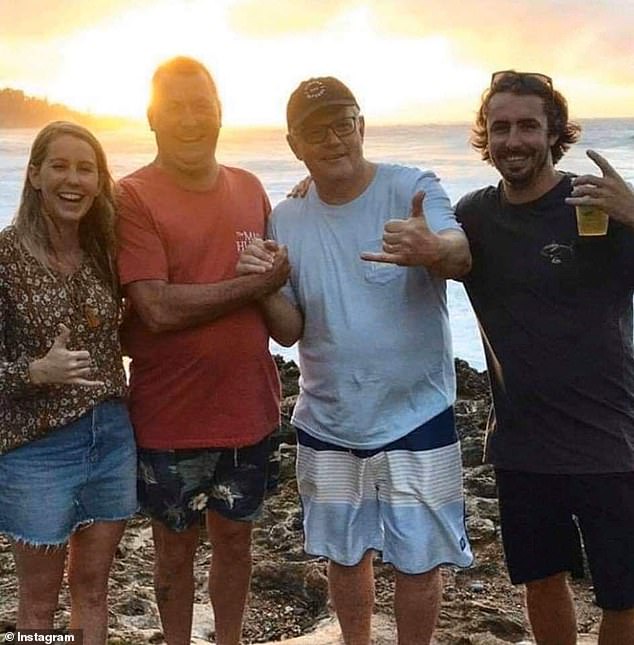 Labor MP Fiona Phillips asked the Prime Minister why his office refused to answer questions about his holiday from journalists at the time.

Mr Morrison did not directly answer the question but said he had told the Labor leader where he was going.

‘He said he was going with his family. I kept that text message confidential, as you do with private text messages between private phones.’

Mr Albanese said Mr Morrison disclosed his text to the Labor leader in an interview with 2GB after frantically returning from Hawaii as the bushfires worsened but insisted: ‘At no stage did he tell me where he was going.’ 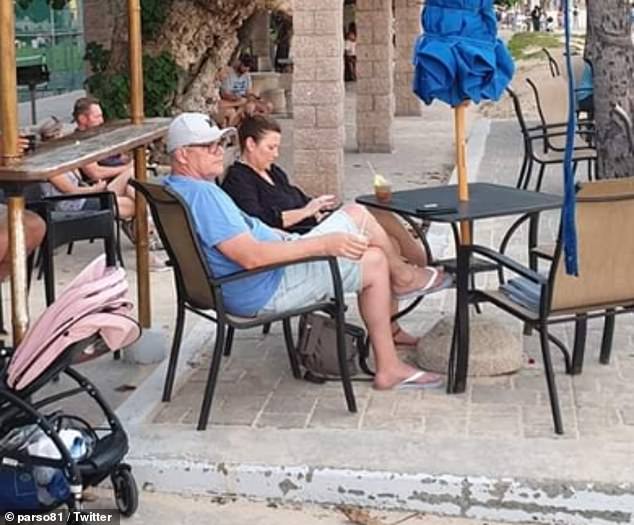 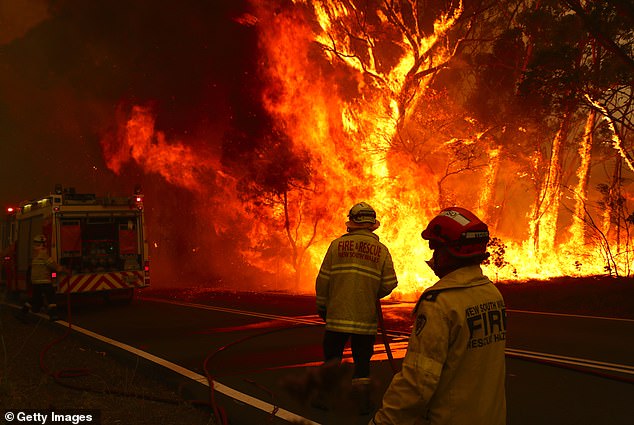 The 2019 bushfires destroyed more than 2,000 homes and killed at least 30 people. A Royal Commission heard the fires were linked to more than 445 deaths due to smoke inhalation. Pictured: NSW Firefighters in December 2019

Mr Morrison was then forced to admit that he didn’t actually tell Mr Albanese where he was going.

‘Where I was going was on leave, Mr Speaker, and that was the important thing,’ he said to jeers from the Opposition.

Mr Morrison later added to his answer, again admitting he did not tell Mr Albanese where he was going.

‘I want to confirm what the leader of the opposition said that in that text I did not tell him the destination of where I was going on leave with my family,’ he said.

‘I simply communicated to him that I was taking leave. When I was referring to he knew where I was going and was fully aware I was traveling with my family what I meant was, that we were going on leave together.

‘Nor would he expects me to have told told him where he was going. I simply confirmed to him that I was taking leave with my family, and he was aware of that, at that time.’

The 2019 bushfires destroyed more than 2,000 homes and killed at least 30 people. A Royal Commission heard the fires were linked to more than 445 deaths due to smoke inhalation.

Mr Morrison was forced to cut his trip to Hawaii short and returned alone, leaving his family on the island.

He defended his holiday in a 2GB interview where he said ‘I don’t hold a hose, mate’ and was roundly criticised for that response.

Mr Morrison then visited fire victims in the NSW town of Cobargo where he was filmed forcing a volunteer fireman and a woman to shake his hand.

The fiasco saw his poll ratings nosedive before he recovered his popularity during the Covid-19 pandemic. 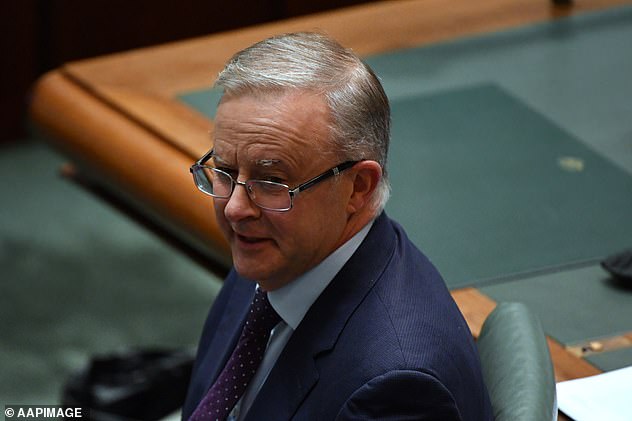