Travellers from Covid-19 hot spots will no longer have to fork out $150 for a PCR test to cross the border into Queensland, with the federal government footing the bill for Annastacia Palaszczuk’s border demands.

The Sunshine State’s borders will open up next month once 80 per cent of residents are double vaccinated, and travellers leaving hot spots will need to return a negative test result 72 hours prior to arrival.

However, fury and confusion had mounted at the decision to charge these travellers for the PCR tests which are $150 per person in some clinics – instead of allowing them to receive the cheaper and fully approved rapid antigen tests.

The cost of the swab will be split between the federal government and states and territories, Health Minister Greg Hunt confirmed on Tuesday. 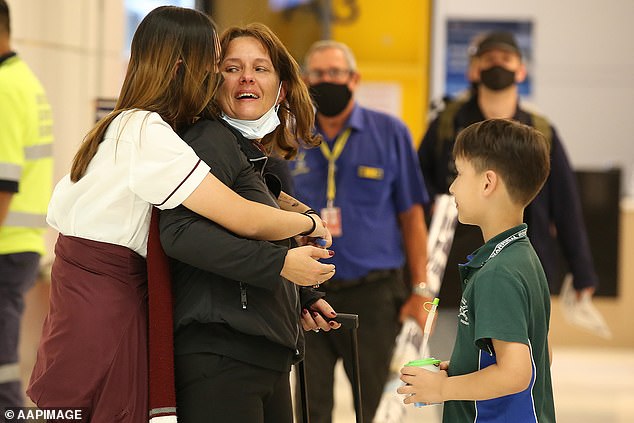 Travellers from Covid-19 hot spots will no longer have to fork out $150 for a PCR test to cross the border into Queensland, the federal government has confirmed (pictured family reunite at Brisbane Airport)

Queensland Premier Palaszczuk welcomed the decision and said ‘we work best when we work together’.

‘I am pleased this victory has occurred and people can look forward to being reunited in time for Christmas – without additional cost – as my government had always planned.’

The charge for the PCR test is only necessary if someone needed a certificate but negative results via text messages will be accepted for free, the premier added.

‘Queensland made it plain weeks ago that the text message most people receive after a test is acceptable,’ Ms Palaszczuk said.

She had earlier called on Mr Hunt to make the PCR tests eligible for a Medicare rebate.

However, the federal health minister said tests at government-ran sites were always free unless an official certificate was needed and added the Queensland premier owed her state an apology. 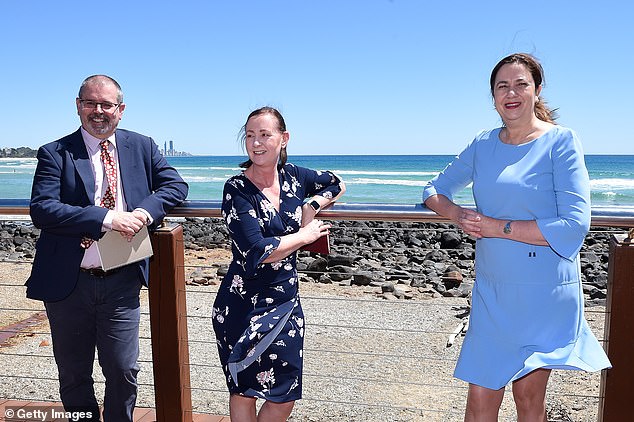 ‘The Commonwealth has always funded 50 per cent of the cost of the PCR tests, as outlined in the Agreement the Premier signed on 13 March 2020,’ he tweeted on Tuesday night.

‘The only thing that has changed is that after accepting text confirmation for 18 months and then rejecting it for 24 hours, Queensland is now accepting the same text messages again, dropping their demand for a certificate.

‘It’s time the Premier apologised for the unnecessary stress she has caused to Queenslanders and those planning to travel there.’

Mr Hunt had earlier fired off a scathing letter to Queensland counterpart Yvette D’Ath to raise his concerns and suggest rapid antigen testing be considered as an alternative.

‘I note this declaration is a Queensland-only definition of a hotspot and has not been declared by the Australian Government’s Chief Medical Officer,’ Mr Hunt wrote.

‘I am concerned about this in two regards. Firstly, it appears Queensland has failed to give sufficient regard to the value of rapid antigen testing in this context, and secondly, that Queensland is proposing not to assist Queenslanders with the provision of these tests.’ 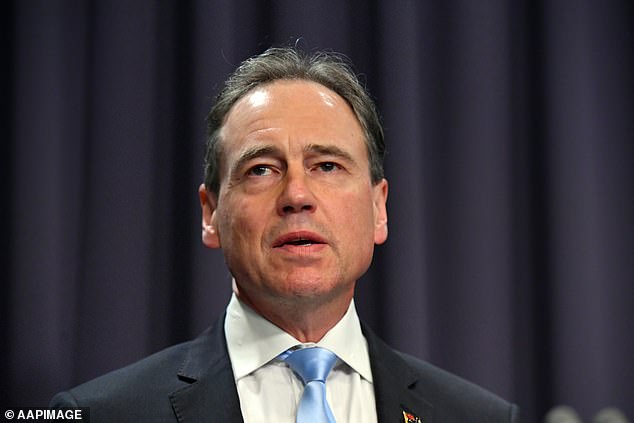 Federal Health Minister Greg Hunt said tests at government-ran sites were always free unless an official certificate was needed and added the Queensland premier owed her state an apology.

Ms Palaszczuk on Monday was grilled by reporters about the expense of the PCR test as well as loopholes on where people undertake the test.

A family of five would have been forced to fork out $725 in order to meet the requirement upon entering the state over the Christmas period.

‘We make no apologies for keeping Queenslanders safe, it’s the same as other states,’ Ms Palaszczuk said. 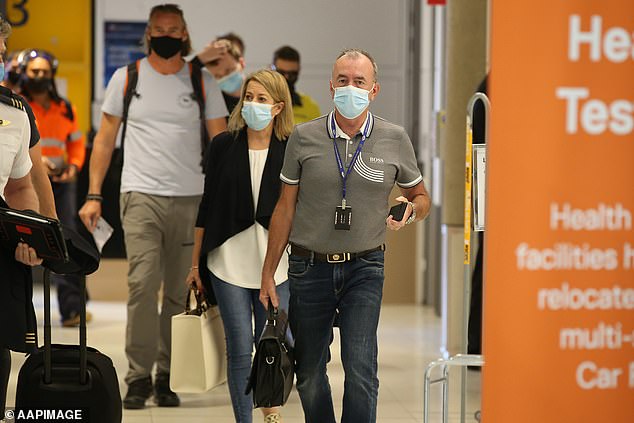 Travellers from Sydney are seen arriving at Brisbane Airport last week. Travellers will not have to quarantine once 80 per cent of the Queensland population is double vaccinated