A young mother who issued an impassioned plea to Australians to get regular skin checks after a devastating cancer diagnosis while heavily pregnant has died after a five-month battle.

Elise Squillari was 32 weeks pregnant with her second child when she was  diagnosed with stage-four metastatic melanoma, an extremely aggressive skin cancer which spreads to other parts of the body.

Her son Romeo was delivered by emergency caesarian days later so the Gold Coast mum could start immunotherapy treatment immediately.

She was told treatment would be life-prolonging rather than life-saving, as the average life expectancy for sufferers is between six and 22 months.

Ms Squillari was undergoing treatment and enjoying precious time with her young family when she lost her brave battle. 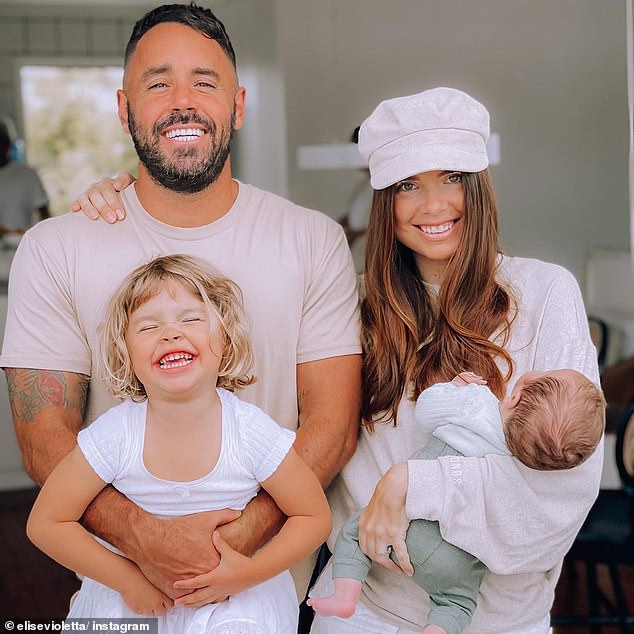 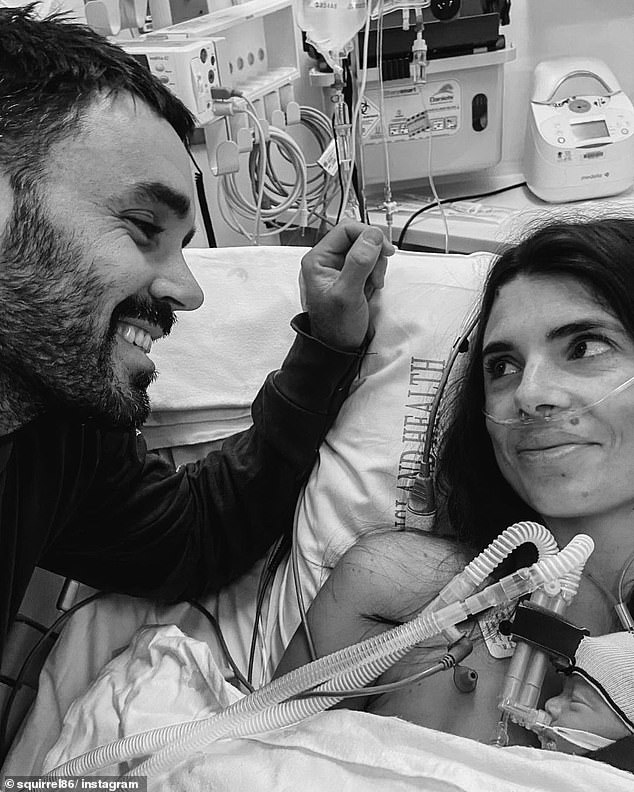 ‘You didn’t deserve any of this. Rest In Peace our beautiful Angel. Loved by everyone you will never be forgotten and forever in our hearts. You were always my unicorn and always will be. I love you Elise Violetta,’ he wrote.

The news sparked an outpouring of grief from heartbroken family and friends.

‘Elise was the most kind, gracious and resilient beauty who made everyone feel like her best friend, even when they weren’t. Leaving behind the most beautiful memories for all the lives she magically touched,’ one friend wrote.

Another added: ‘There aren’t enough words to describe the absolutely magical person that you are inside & out. One of those rare souls so sweet & pure with literally not a bad bone in your body.

‘The most amazing wife to your soul mate Dyl, doting Mummy to your precious babies Gigi & Romeo, the most selfless loving kind & caring daughter, sister & friend. To know you is to love you & adore you beyond measure.’ 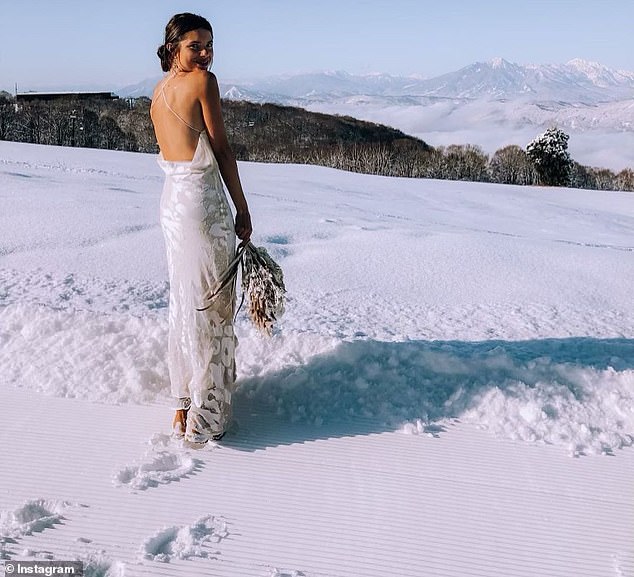 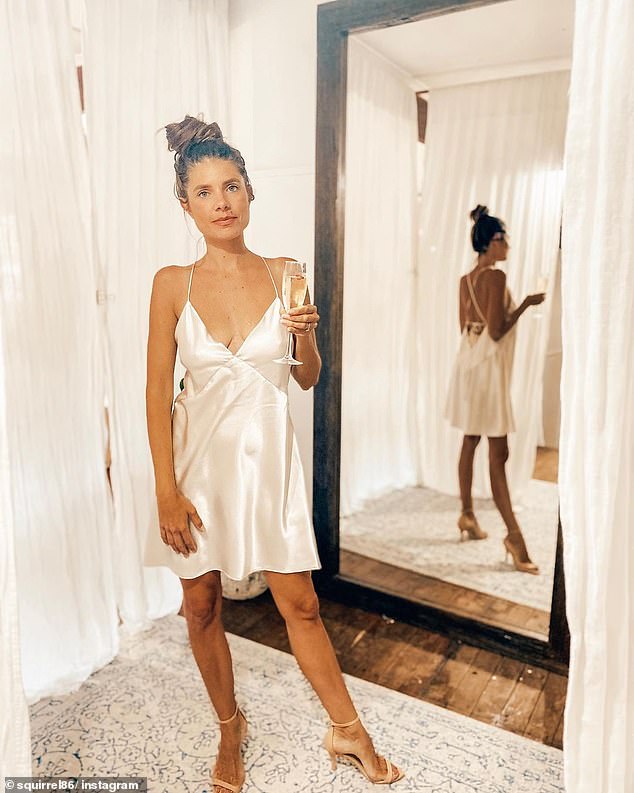 A few days earlier, Mr Squillari hinted the inevitable may not be far off.

‘It’s so unfair what you are going through you superwoman,’ he captioned a photo of his beautiful wife holding a glass of champagne.

Just two months ago, Ms Squillari was looking forward to spending more time with her family in the future as she paid tribute to her husband on Father’s Day.

‘Can’t wait for the adventures we are going to go on as a family of four and to watch you teach Romeo to surf and watch his first wave with you,’ she wrote.

‘I love watching you with Gigi and honestly thought maybe you were born to be a girl Dad when I see you with her. You have taught her so much but I think she has taught you more.’

In her last Instagram post eight weeks ago, she shared a series of professional photos taken as a family, captured ‘at a time we needed them the most’.

Ms Squillari was in her final trimester with Romeo when she was rushed to hospital in June suffering from severe headaches.

She underwent emergency surgery after multiple lesions that caused life-threatening bleeding were found on her brain, and gave birth to Romeo seven weeks early following her shock cancer diagnosis.

The five-year survival rate for stage-four metastatic melanoma is 22.5 per cent. 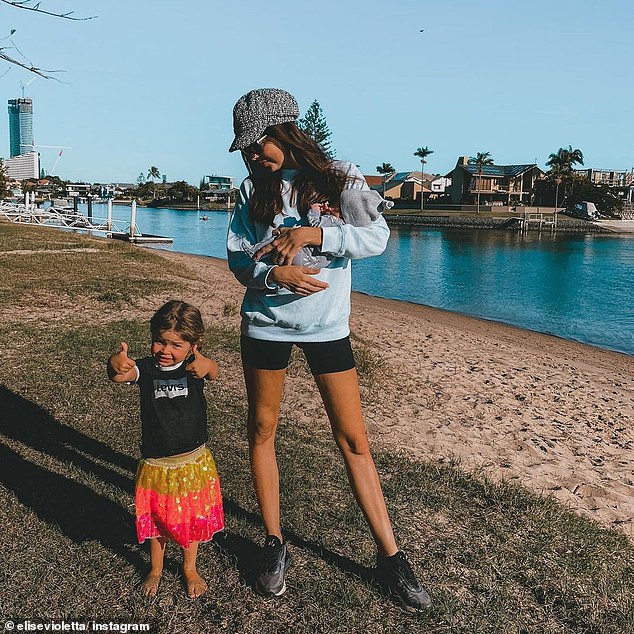 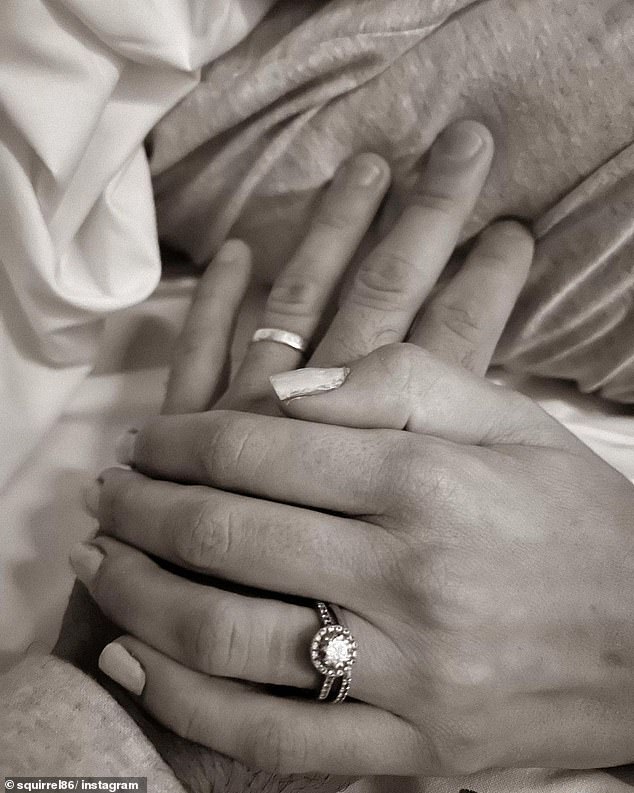 Ms Squillari opened up about her harrowing ordeal from hospital following her son’s birth to give as she pleaded for others to get their skin checked.

She believed the disease gained its foothold when a cancerous cell was missed when a spot was cut out of her back.

‘Please guys, grab a friend and get a skin check,’ Ms Squillari posted on Instagram.

‘I was getting 3-6 month checks. Years ago I had a spot cut out of my back, I was told it could turn cancerous.

‘They called me back to get the skin around it out too. It’s likely that a cell was missed and has caused the tumours in my body to grow from one cell.

‘So please take this seriously and get a skin check.’

Premature Romeo, who entered the world weighing a tiny 2.1kg, spent the next seven weeks in hospital as his mum started gruelling treatment to prolong her life. 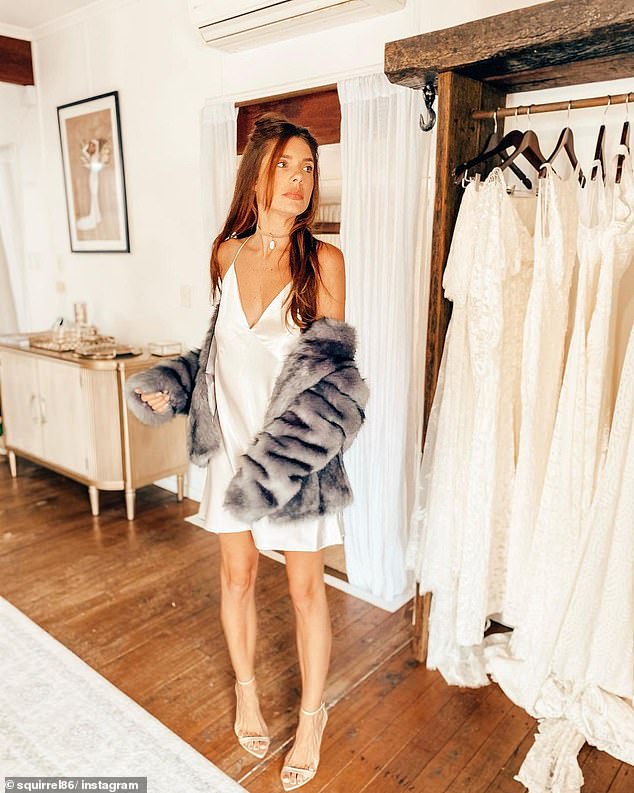 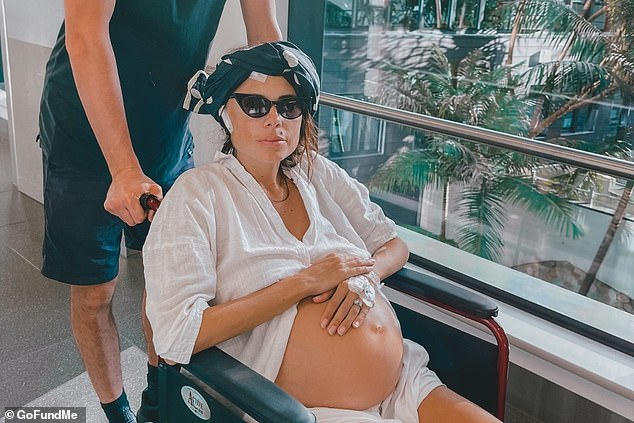 She also shared photos documenting her final trimester, taken before her world was turned upside down.

‘I can’t believe this was a few weeks ago. I thought we still had another couple of months with just us. The world had other plans,’ Ms Squillari captioned the photos.

Thousands of Australians rallied around  the family by donating more than $300,000 to a fundraiser set up by a friend to go towards bills, family support, donor breastmilk for baby Romeo, alternative therapies, and living expenses.

An overwhelmed Ms Squillari thanked the public for their generous donations and sharing her story.

‘We can’t put into words how much this means to us. We have both had to stop work and now Dylan can care for us all without stressing about finances,’ she said.

‘Every message we receive has us smiling.’ 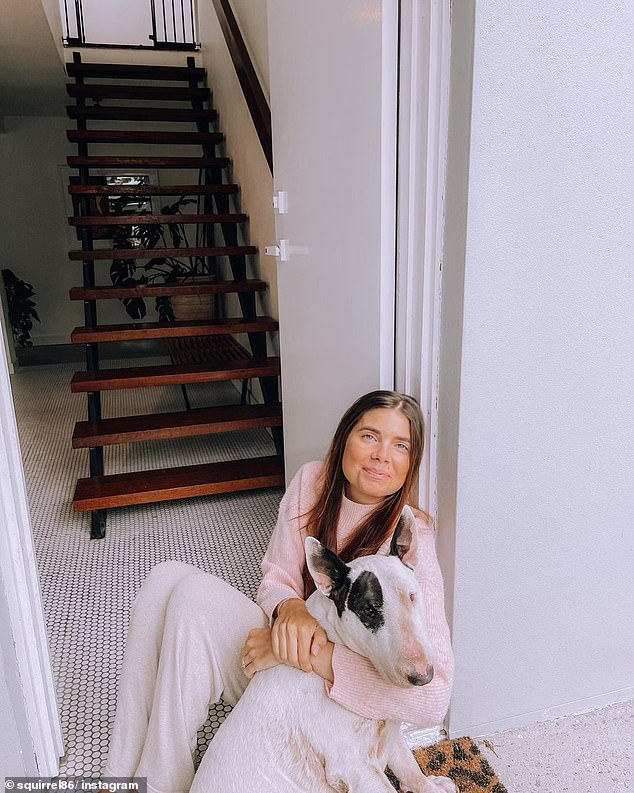 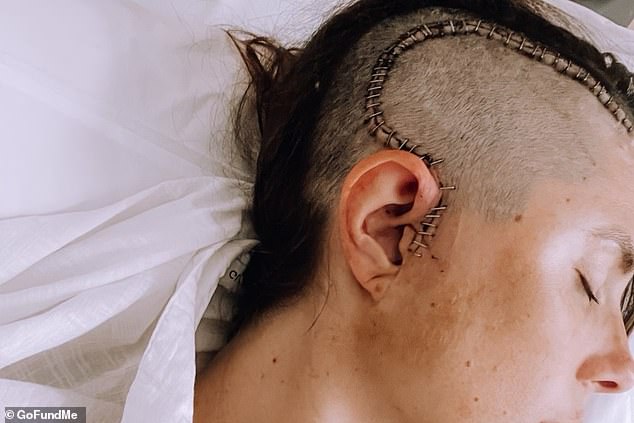