Pope Francis embarked on an historic trip to Iraq on Friday, March 5, flying into Iraq amid the tightest security ever seen for a papal visit to appeal to the country’s leaders and people to end militant violence and religious strife and to comfort one of the world’s oldest and most persecuted Christian communities where more than a million have fled over the past 20 years.

The country has deployed thousands of security personnel to protect him during the visit, which comes after a spate of rocket and suicide bomb attacks and a spike in COVID-19 cases.

Even before he landed, Francis told reporters on his plane that he felt duty-bound to make what he called an “emblematic” trip despite the difficulties because the country “has been martyred for so many years”.

At the official welcome in the presidential palace, the 84-year-old Francis, limping from what appeared to be a fresh flare-up of his painful sciatica, made an impassioned call for Iraqi to finally give peacemakers chance.

“May the clash of arms be silenced … may there be an end to acts of violence and extremism,” he said.

President Barham Salih thanked the pope for making the first-ever papal visit to Iraq “despite the many recommendations to delay” because of the pandemic and other challenges in “our wounded country”. 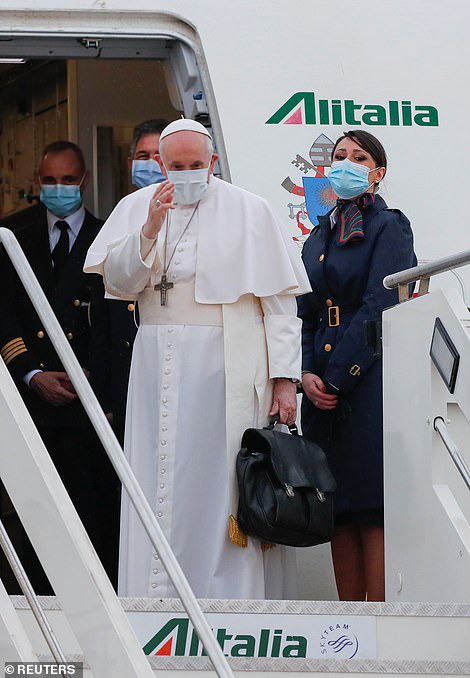 The fact that the pope came anyway “multiplies the value of this visit for the Iraqi people”, the president said.

Hundreds of people gathered in small clusters to see him being driven into Baghdad in bulletproof BMW, a departure for a pope who normally insists on using small, normal cars.

A motorcade of dozens of vehicles accompanied him out of the airport compound, which recently came under rocket fire from militia groups.

In his speech at the palace, Francis, looking tired at the start of his first foreign trip in 16 months, criticized factional and foreign interests that have destabilised Iraq and the wider region and hit ordinary people the hardest.

“Iraq has suffered the disastrous effects of wars, the scourge of terrorism and sectarian conflicts often grounded in a fundamentalism incapable of accepting the peaceful coexistence of different ethnic and religious groups,” Francis said. 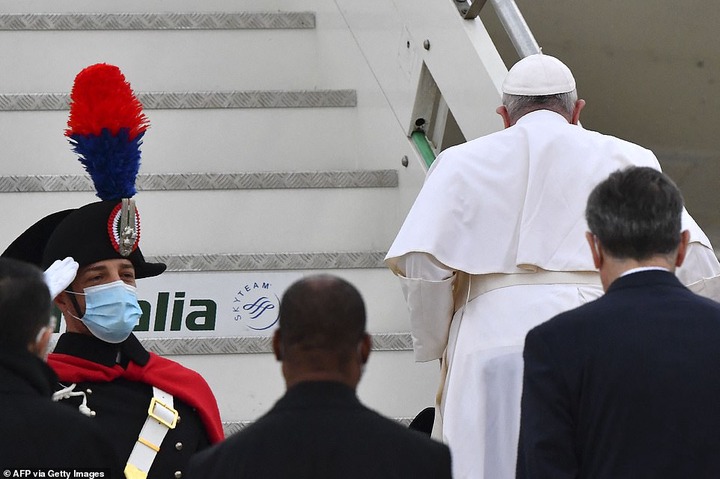 He later paid tribute to people killed in attacks motivated by religion, visiting a Baghdad church where Islamist gunmen killed about 50 worshippers in 2010.

Their deaths were a reminder that “violence or the shedding of blood are incompatible with authentic religious teachings”, he said.

Iraq’s security has improved since the defeat of Islamic State in 2017, but the country continues to be a theatre for global and regional score-settling, especially a bitter U.S.-Iran rivalry that has played out on Iraqi soil.

The U.S. invasion of 2003, after years of international sanctions and a devastating war with Iran instigated by former leader Saddam Hussein in the 1980s, plunged Iraq into sectarian conflict and chronic mismanagement that has plagued it since. 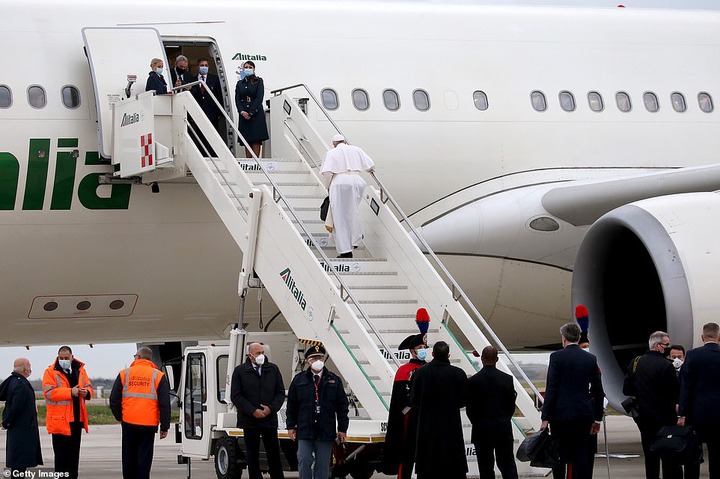 ‘WE ALL NEED THIS VISIT’

The pope’s whirlwind four-day tour will take him by plane, helicopter and cars to four cities, including areas that most foreign dignitaries are unable to reach, let alone in such a short space of time.

“This visit is one of a kind. We are excited, and we all need this visit, all Iraqis do,” said an Iraqi Christian from Baghdad, Magin Derius.

Iraq’s Christian community, one of the oldest in the world, has fallen to about 300,000 from about 1.5 million about 20 years ago. 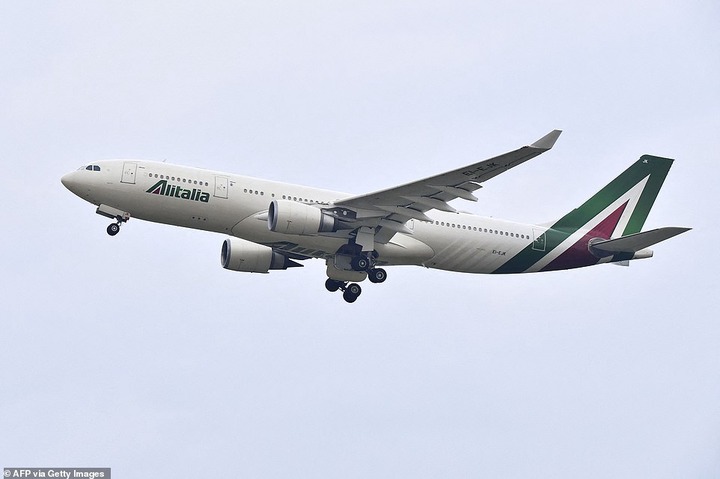 On Saturday the pope will hold an unprecedented meeting with Iraq’s top Shi’ite Muslim cleric, Grand Ayatollah Ali al-Sistani, in the southern city of Najaf. He will also visit Ur, birthplace of the Prophet Abraham, who is revered by Christians, Muslims and Jews, and will return to say Mass in Baghdad. 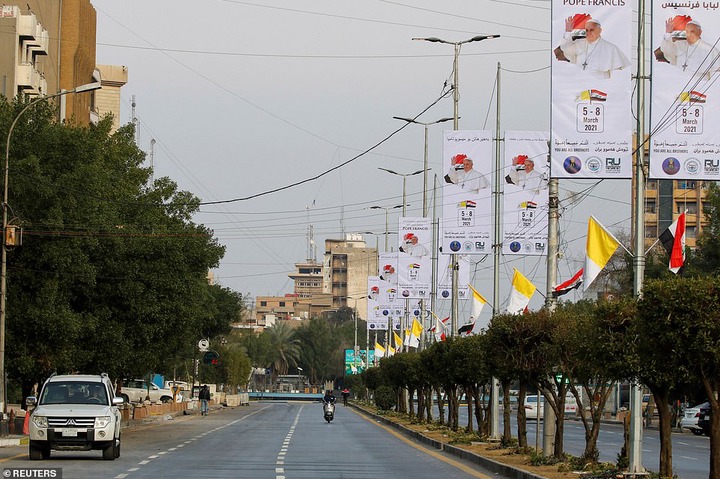 On Sunday Francis travels north to Mosul, a former stronghold of Islamic State, where churches and other buildings there still bear the scars of conflict.