A grieving father has penned a heartbreaking tribute to his tradie son tragically killed in a horror workplace accident.

Nathaniel Good, 19, was working on a building site at North Coogee in Perth‘s south on Monday morning when a panel door made of heavy steel and timber fell on top of him.

The young tradie died at the scene, despite frantic efforts to revive him.

‘He was bright soul that made everyone happy,’ Mr Good posted on Facebook.

‘We didn’t get along like father and son. We were more than that.

‘Love you son so proud of who you have become. You will be in my heart forever and a day.’

‘I’m so proud that he touched the lives and hearts of everyone he met,’ he wrote.

‘He will be missed by all but never forgotten.’

The tradesman was also remembered by family and friends as an avid car enthusiast. 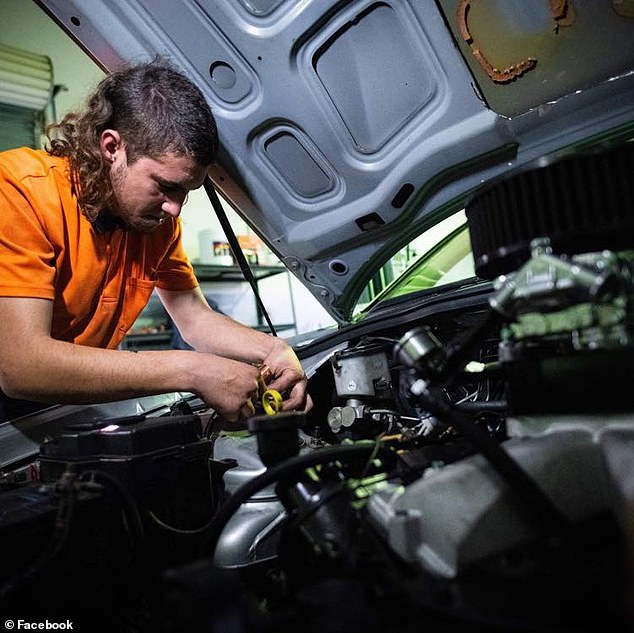 ‘Nat loved cars I know cause he killed most of mine and was building a skid car which he was planning on showing me,’ his father added.

‘I’m going to finish the party bus for him and take it.’

Mates have set up an online fundraiser to finish off the tradie’s beloved ‘Party Bus’ and help give the ‘little legend’ the send off he deserves.

Devastated friends have visited the construction site to place flowers.

‘It’s just a shock what has happened to the situation. Everyone’s very devastated. We’re all in shock. We can’t comprehend what’s happening. We just want to find answers,’ Diana Di Martino told the West Australian.

‘He was such an amazing guy. He didn’t deserve this. Such a bubbly person. He’ll be respected by a lot of people

An inquiry has now been launched into how the tragedy unfolded.

It is believed the panel door is also used as a ramp for a demountable sales office.

‘It appears as if he’s interacted with an object that’s fallen,’ WorkSafe WA investigations director Joseph Lee told the ABC.

‘We understand that another worker received some injuries, we’re yet to confirm exactly what those injuries were.

‘We’re currently in discussions with the employer. The head contractor’s provided us with assistance since we’ve arrived here.’ 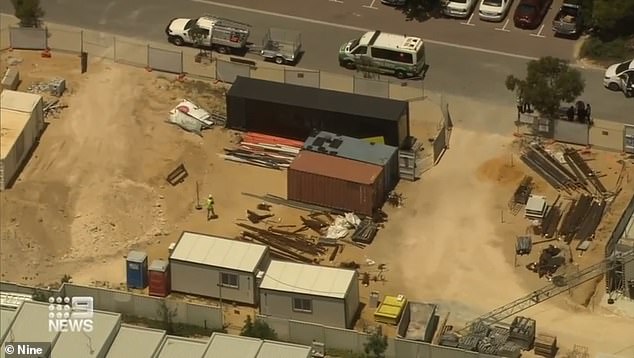 A  panel door made of heavy steel and timber fell on top of the young tradie, killing him. Pictured is the building site in Perth’s south

Investigations into how panel door fell from the pop-up display container could go on for several days, with WA police also scouring the scene.

Mr Lee in the wake of the shocking news, urged the building sector to remain vigilant to any hazards on work sites with the industry the third most deadly workplace in the state.

The construction firm responsible for the site said they are heartbroken by today’s tragic events.

‘We are devastated by the events that took place today on a site adjoining one of our development projects in North Coogee,’ M/Construction director Michael Read said.

‘Our thoughts go to the family of the deceased.’

The company confirmed the man was a subcontractor who was brought on site to carry out a ‘small job’.

‘M/Construction maintains the highest standards of onsite safety and we are doing everything possible to support WorkSafe and relevant authorities as they investigate the incident,’ Mr Read said. 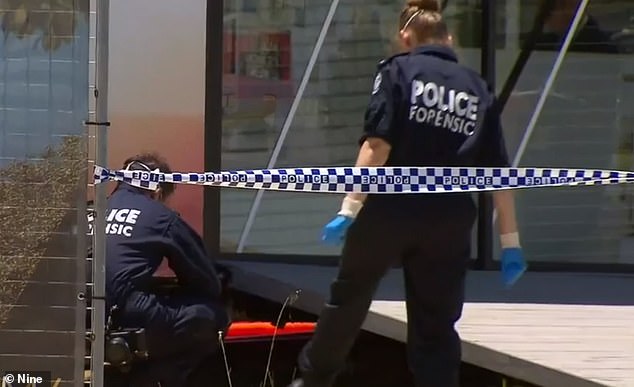 All workers at the site were sent home.

Stricter regulations on WA constructions sites introduced last year now means the charge of industrial manslaughter can carry a charge maximum 20 years behind bars for individuals or a $10 million fine for companies.

Daily Mail Australia is not suggesting M/Construction are in any way to blame for the tragedy.

WA Police said a report will be prepared for the coroner as more information comes to light. 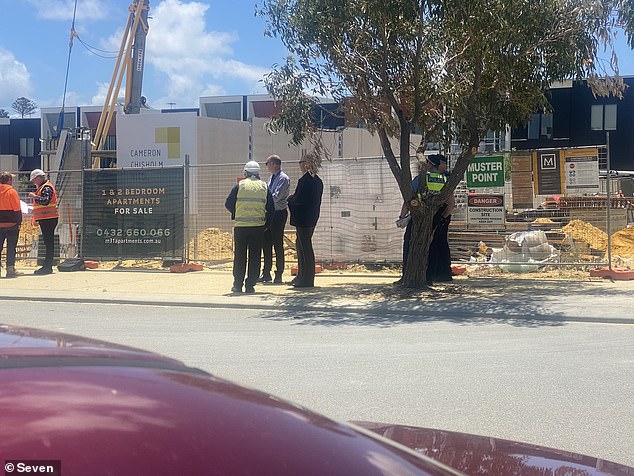