Governor Okezie Ikpeazu of Abia State, on Wednesday, displayed the first pair of sandals he made as a student of Aba-based Footwear Academy to journalists in his office.

Abia is known for the promotion of locally made products, having Aba as a commercial centre of all products manufactured in the State.

The Aba shoe factory is said to have been transformed since the emergence of the Ikpeazu’s government, making it the best in the country.

The Footwear Academy was established to create employment opportunities for people, especially the youths. 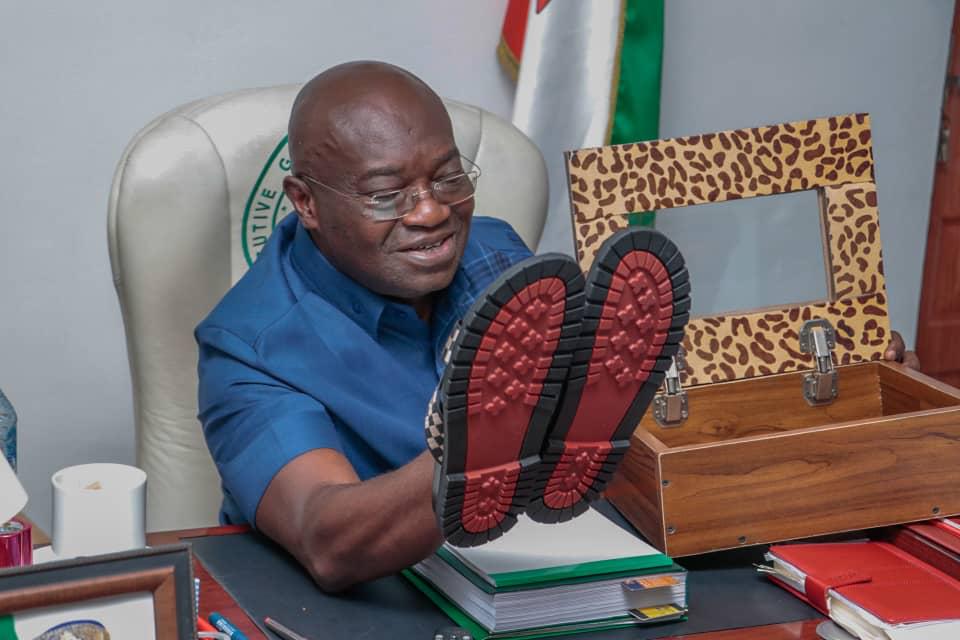 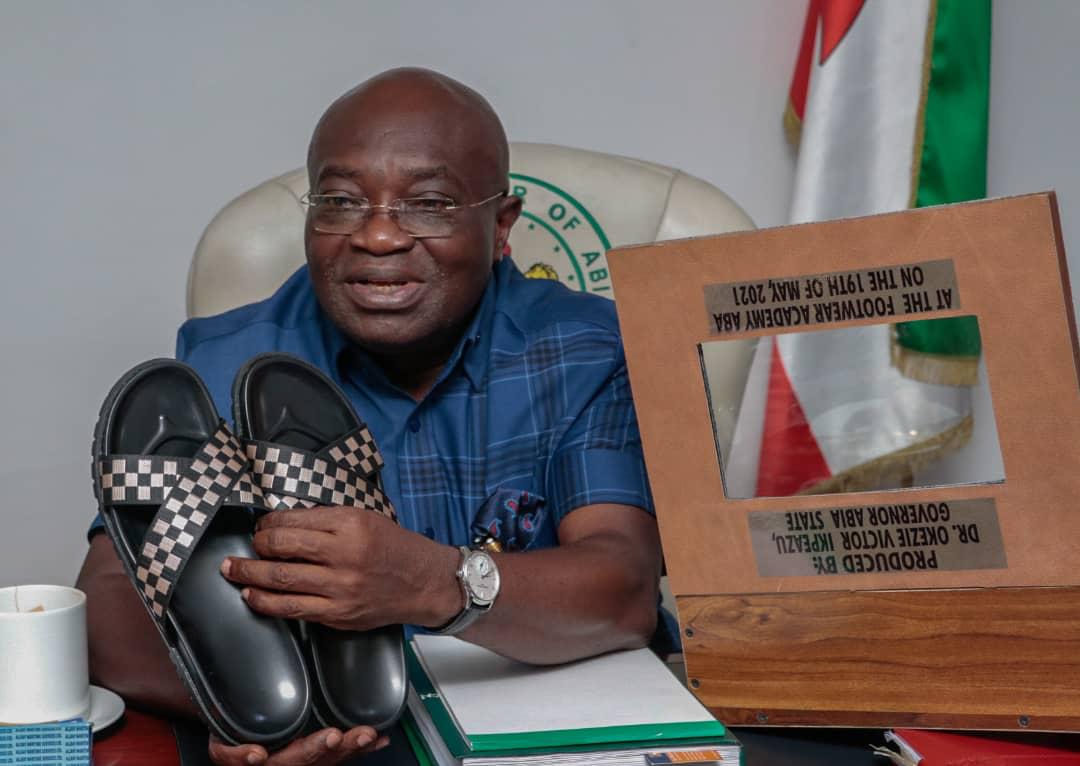 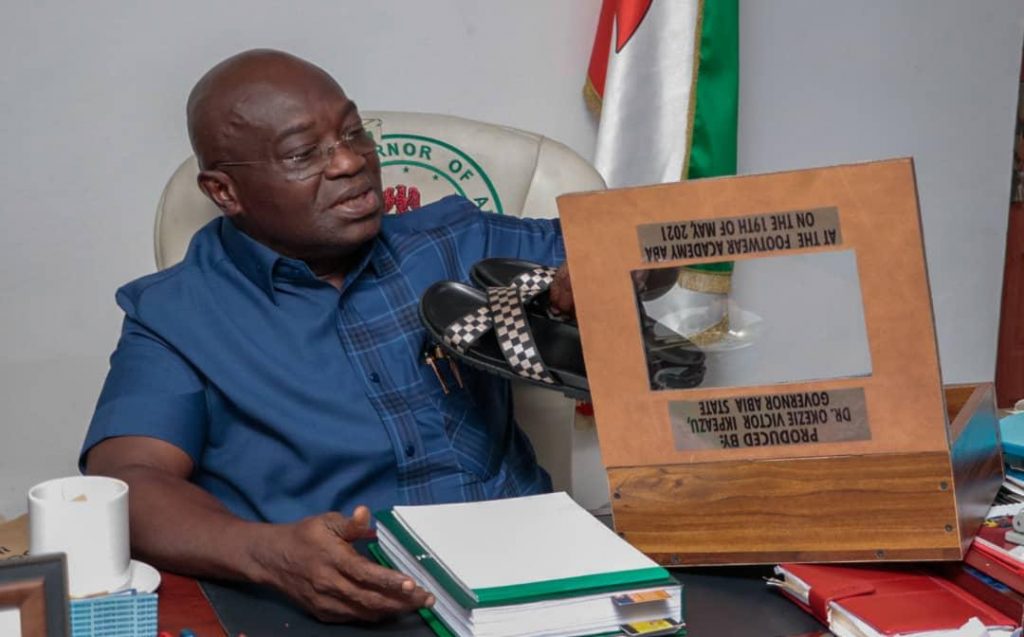