The Peoples Democratic Party (PDP) in Kano State has suspended the former Kano State governor, Rabiu Kwankwaso, over his alleged involvement in the disruption of the party’s North-West zonal congress held in Kaduna State.

The PDP Party’s executive committee in Kano took the decision to suspend Kwankwaso for three months at its meeting held on April 15. 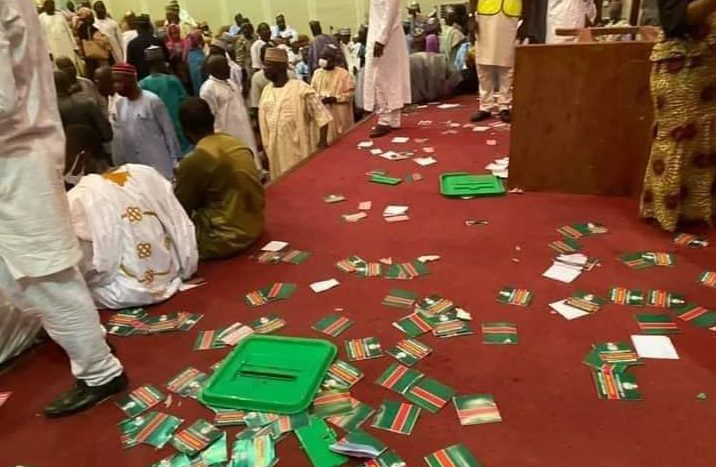 Violence broke out during the congress held last Saturday after Kwankwaso supporters clashed with groups loyal to the Sokoto State Governor, Aminu Tambuwal, at the venue of the exercise.

At the congress, a former Minister of Foreign Affairs, Aminu Wali and Kwankwaso presented different candidates for the position of PDP National Vice-Chairman, North-West.

The event ended abruptly after the supporters of the Governor of Sokoto State, Aminu Tambuwal, clashed with those of Mr Kwankwaso.

The rival supporters destroyed the ballot boxes before voting in the election of party officials could start, forcing observers and other officials to flee the scene.

The main subject of the dispute was the position of zonal National Vice Chair, where the factions in Kano of Mr Kwankwaso and a former Minister of Foreign Affairs, Aminu Wali, presented different candidates.

The PDP in the suspension letter signed by the party’s secretary in the state, H.A Tsanyawa, who is in Mr Wali’s faction, accused Mr Kwankwaso of thuggery, disrespect to PDP governors and stakeholders, and disrupting a democratic process.

Mr Tsanyawa said the party “received numerous complaints from members of the party over the incident of North-west convention where you (Kwankwaso) allegedly led your supporters into a shameful and embarrassing act of thuggery by disrupting democratic process during PDP north west convention of 10th April, 2021.

“The executive council meeting held on 15th April, 2021 have unanimously resolved to suspend you and your supporters from the party activities for three months in accordance with the provision of section 58 (1) of the PDP constitution, the party wrote suspending Mr Kwankwaso.