A man was hospitalized after he was brutally attacked by two men on a New York City subway trian.

He was assaulted by the two unidntified men around 1.50am on the 6 train at the 96 Street Station in the Upper East Side.

After being attacked, the victim was knocked unconscious when he hit his head on the door or floor of the subway car, and was taken to to New York Presbyterian Cornell hospital where he was in stable condition.

This latest attack comes after a string of violent subway incident, including one where a 32-year-old soccer player was stabbed to death after he nodded off in a subway car at Penn Station. 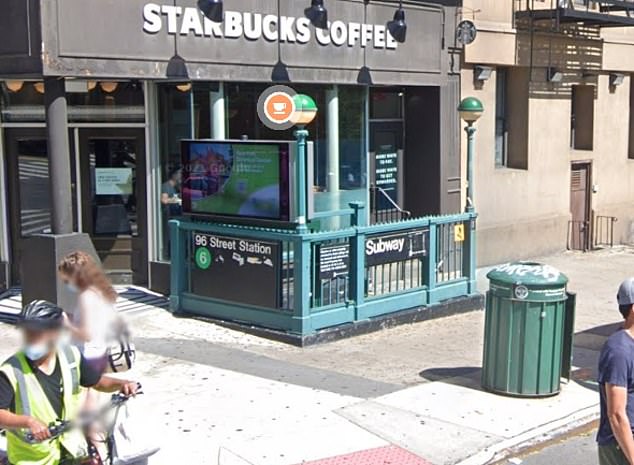 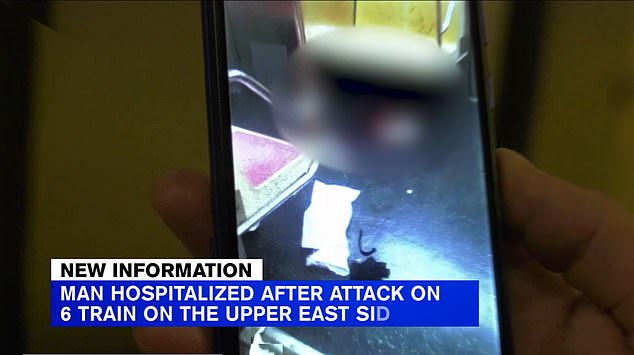 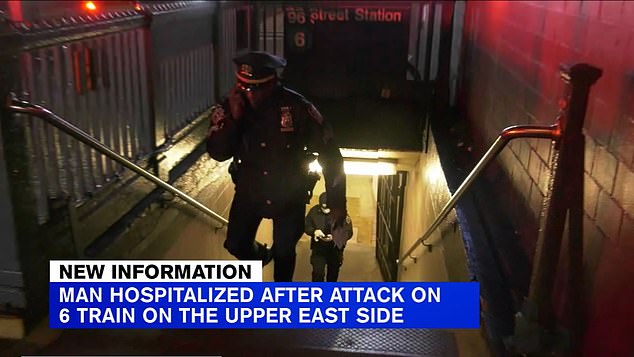 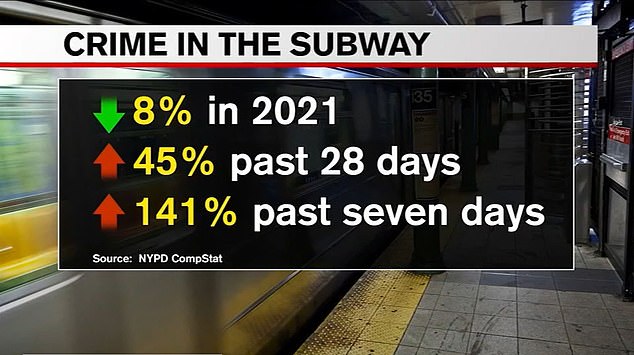 In this latest incident, NYPD are still working to identify the suspects and motive for the attack.

After the fatal stabbing on Sunday, De Blasio said: ‘These individual incidents are very troubling.

‘I understand they do give people pause, and our job has to be, constantly, to get out there, show presence, reassure people through action.’ 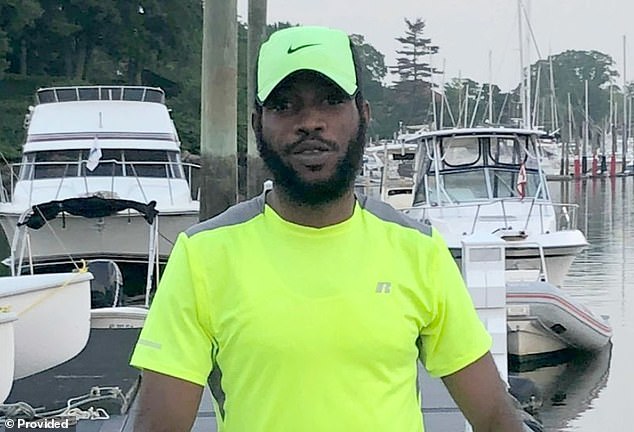 Homeless soccer player Akeem Loney, 32, was fatally stabbed in the neck at Penn Station on Sunday morning while he was sleeping on a subway car 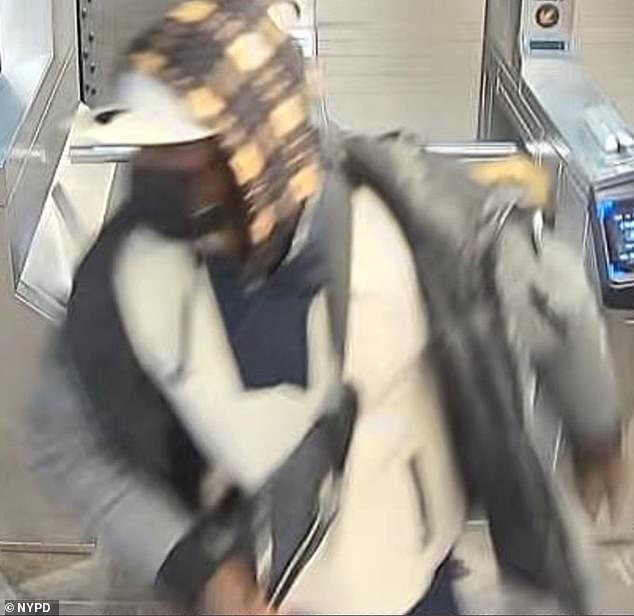 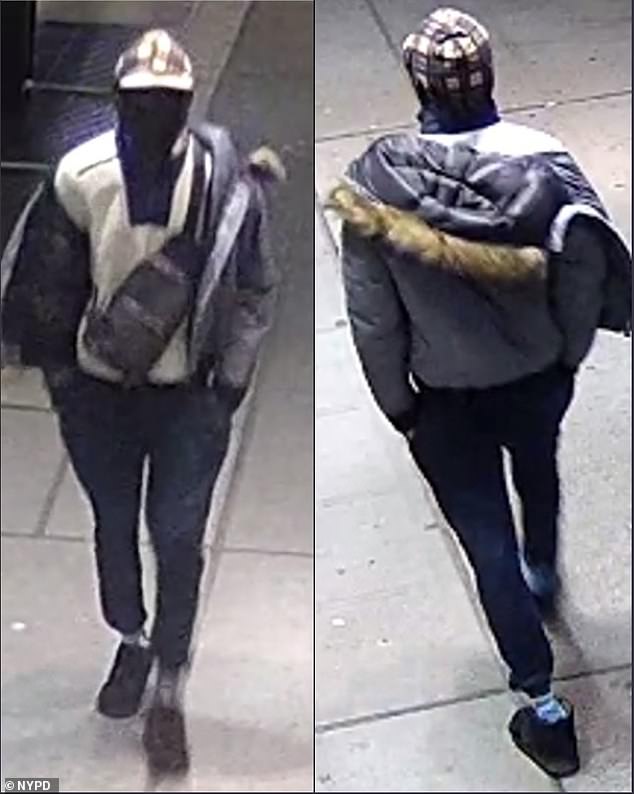 Homeless soccer player Akeem Loney, 32, was stabbed in the neck at Penn Station at around 12.15am. Loney had been lying down or napping on one of the subway seats when he had been attacked.

He was taken by EMS to Bellevue Hospital where he died from his injuries an hour later.

His attacker was caught on surveillance footage but has yet to have been caught by police.

Another attack was reported on Monday after a 23-year-old woman was groped and robbed at the Herald Square subway station.

The woman’s male attacker had punched her in the face, put her in a headlock before stealing her purse. She was taken to Lenox Hill HealthPlex in Greenwich Village for treatment. 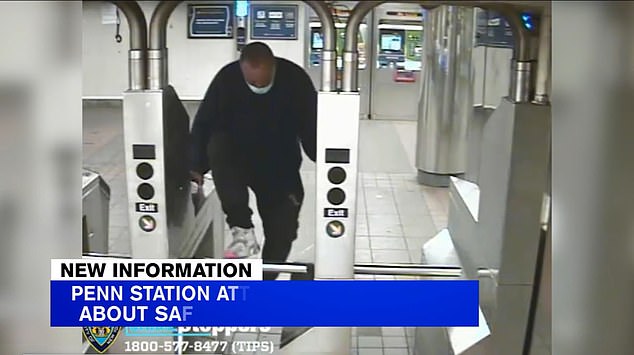 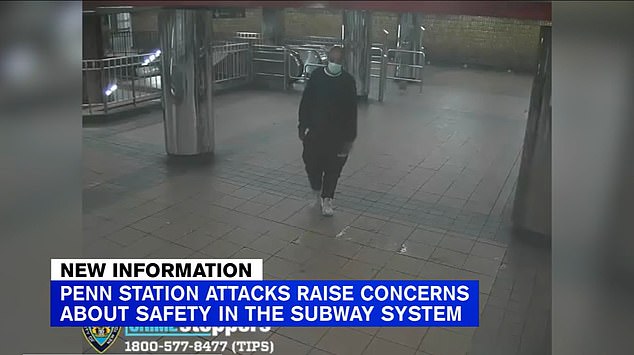 The woman’s male attacker had punched her in the face, put her in a headlock and had her purse stolen

The MTA says it has increased police presence in subway stations as well as security cameras.

Subway riders, however, remain concerned for their safety due.

NYPD Police Commissioner Dermot Shea has also said that the department is working on keeping the stations safe as well as noting that the number of public transit riders is increasing again.

The NYPD recorded 40 robberies, 85 grand larcenies, and 34 assaults across the MTA’s subways for last month.

A 1.9 percent increase was also reported for overall crime as compared to November 2020.

There were reports of an 8.4 percent increase for felony assaults, 2.9 percent for robbery and 1.9 for rape.

According to the NYPD’s latest monthly numbers, overall crime was up 11.2 percent last month compared with October 2020

Overall crime was up 11.2 percent last month compared with October 2020. Robbery was up by 15.8 percent and felony assault rose by 13.8 percent.

Meanwhile, gun violence in the borough has significantly increased, with 28 percent more shootings reported this year as compared to last, according to police data.

De Blasio this month blamed the courts for New York City’s skyrocketing crime numbers as he touted a small decrease in the murder rate while ignoring an 11 percent jump in overall crime over October 2020.

De Blasio had priorly defended ‘neighborhood policing’ and his decision to disband the plainclothes anti-crime unit, which has been involved in several highly-publicized police shootings.

‘Commissioner Shea, who has been at this work now for, you know, most of 30 years, he felt that the unit as constructed was not only creating a disconnect with communities, and ill will and some bad incidents,’ de Blasio said on WNYC’s ‘The Brian Lehrer Show.’

He continued: ‘He thought it was also not the best way to get guns off the street and the best way to have successful prosecutions. And he wanted more of those officers in uniform, same talented officers, doing the work a different way. That happened and gun arrests have gone up, up, up.’

However, Eric Adams, who will take office next year has pledged to bring back the unit.

‘That’s an indictment on us that we have to disband something because the people assigned aren’t doing their job. How about saying, ‘You’re going to do your job’? Because if that officer is abusive in a plainclothes assignment, he’s going to be abusive in uniform,’ he said in November.

‘No police commissioner is going to tell you, you can’t police in the city without having some form of plainclothes unit,’ he added.

Eric Adams has said he will announce his police commissioner after Thanksgiving.