A Nigerian soldier identified as Cpl Kila Jima fighting Boko Haram insurgents in the North-East has reportedly killed himself.

The soldier, a corporal in the Army’s 152 Battalion, Banki, was said to have suddenly cocked his rifle and shot himself in the head.

The deceased must have ended his life as a result of depression, one of his colleague serving with 212 Battalion, Maiduguri, has said. 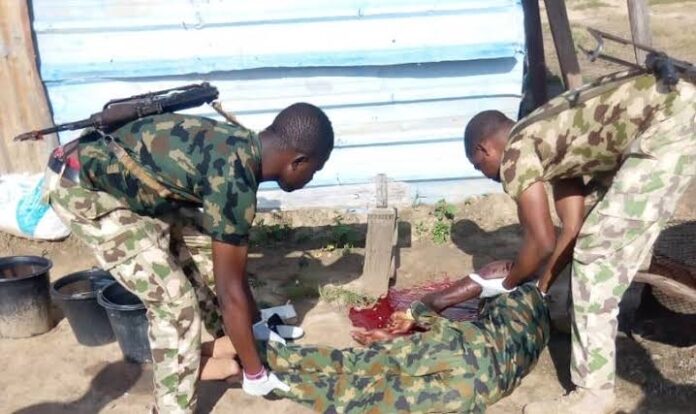 The incident reportedly occurred on Saturday when the soldier was found lying next to his gun with a severe bullet wound in the head.

“Cpl Kila Jima from 152 Battalion, Banki on 10-4-2021 just carried his personal rifle and shot himself dead,” his colleague said in a text message.

The soldier was said to have shown some sign of depression before he eventually took his life.

Reports gathered that his body has been deposited at the military mortuary in Maiduguri.

According to his colleague, “He was among the soldiers involved in counter insurgency campaigns who have overstayed in the theatre of operation.

“He had shown a lack of interest in the job because of depressive disorder.”

Army authorities in Borno State have yet to make clarification on the matter.