A Nigerian senior officer has been killed; Major U.I Urang alongside with at least 14 soldiers when Islamic State West Africa Province (ISWAP) militants attacked a military convoy in Borno state. 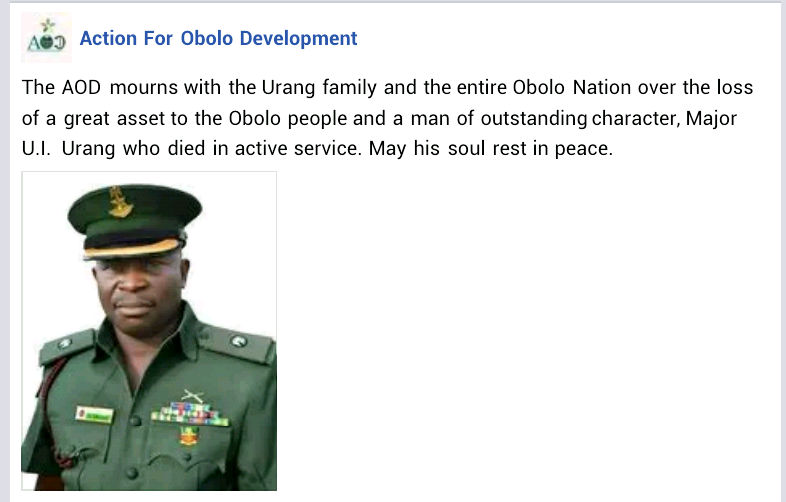 The attack happened near the Gudumbali area of Borno last Thursday, March 11.

The convoy of 10 vehicles was headed to Gudumbali from Kukawa town for a military operation against the militants when it came under heavy fire from the insurgents.

Major Urang, was until his demise, the commanding officer of 123 Special forces battalion of the Nigerian Army. 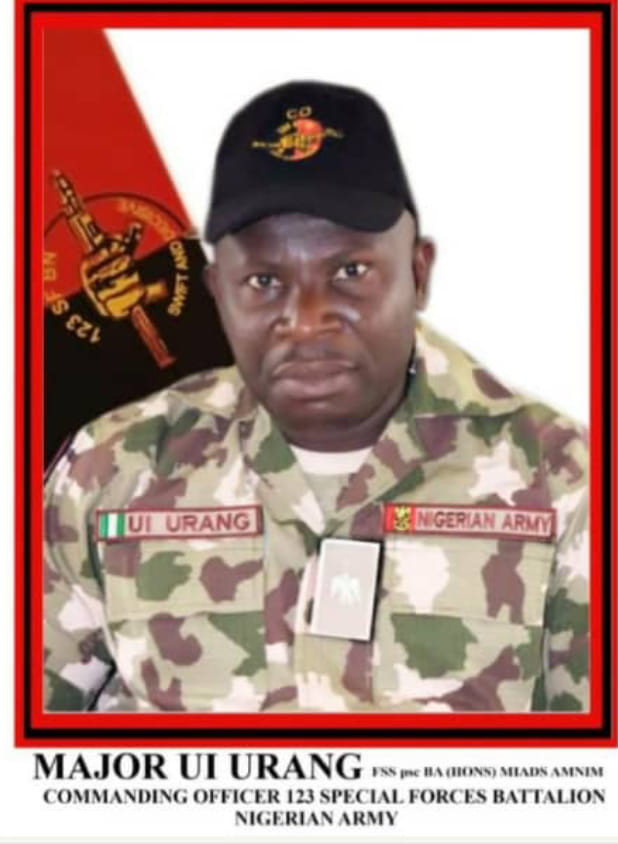 He was said to have celebrated his birthday on March 8, few days before he paid the supreme price in the line of duty.