Andrew Cuomo‘s former press secretary has claimed that he told her he was rebuked by his father for comparing the size of women’s breasts, when he was a college student.

Karen Hinton, who worked for Cuomo when he was Bill Clinton‘s secretary of housing, from 1997-2001, in March accused Cuomo of hugging her inappropriately in a California hotel room 21 years ago.

She wrote an essay about her time working for Cuomo and Bill de Blasio, the mayor of New York, entitled Penis Politics, and in December the book that grew from the essay will be published.

‘When I was Andrew’s press secretary … he told me a story about when he was in college and his father Mario Cuomo was New York Secretary of State,’ Hinton writes, in a copy of the book obtained by The New York Post. 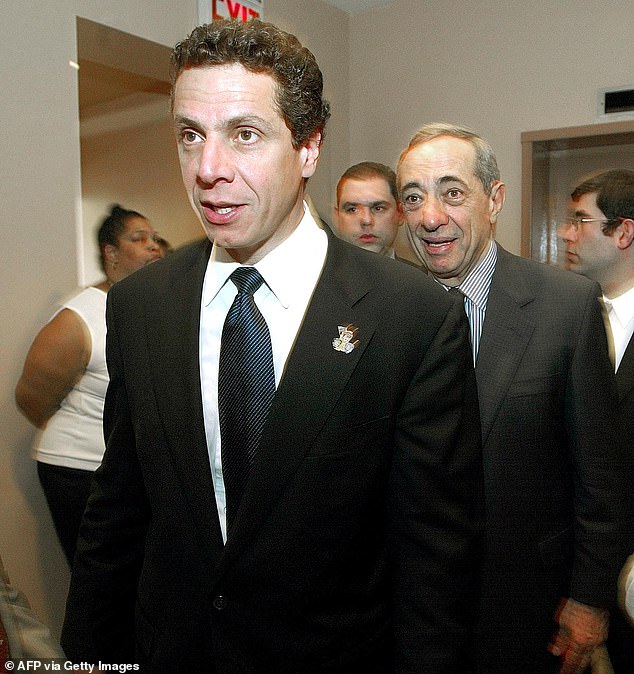 Andrew Cuomo is seen with his father Mario in 2002 – two years after he left the Clinton White House, and when he was running for governor for the first time. When Cuomo was a college age Mario Cuomo scolded him for joking about women’s breasts, according to a new book 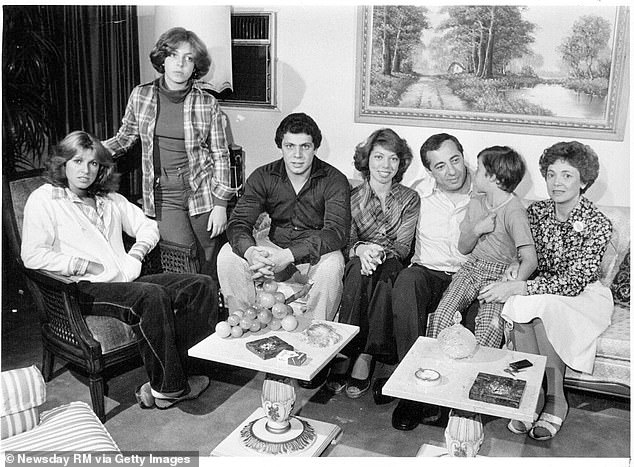 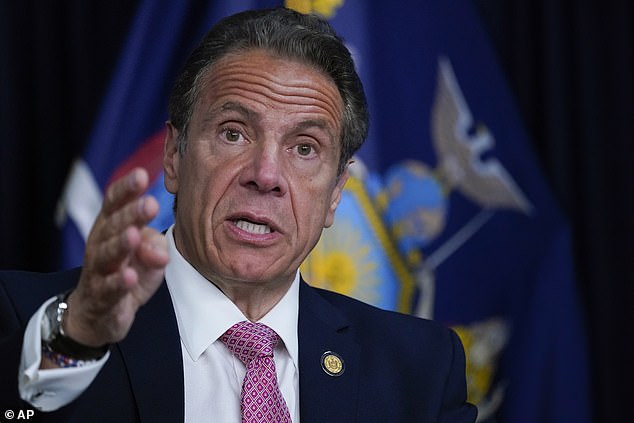 Andrew Cuomo, pictured in May this year, was forced to resign as governor in August after 11 women accused him of sexual misconduct

‘Andrew and a friend of his were standing next to his father’s state car, waiting for Mario to finish up an event.

‘The college-aged Andrew and his friend passed the time by comparing the attributes of breasts of women they knew: Who had large ‘t**ties, who had small ones, and the pros and cons of how to handle each. 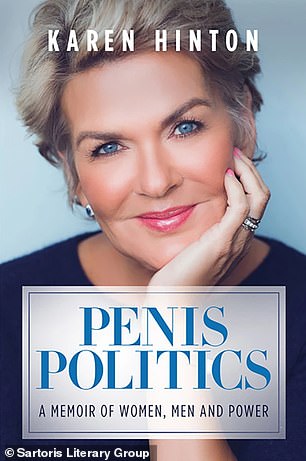 Karen Hinton’s new book is out in December

‘They were beside themselves with laughter.

‘The window came down. Unknown to them, Mario was in the car already and heard every word.

‘Mario Cuomo was fuming. ‘Don’t ever talk that way again about women, whether I hear it or not,’ Mario lectured Andrew.

‘No wink, wink, nod, nod from Mario Cuomo to his son.’

Hinton, who is married to another former Cuomo aide, Howard Glaser, said that she thought back to Cuomo’s anecdote when the then-governor of New York resigned on August 10.

Cuomo had been accused by 11 women of sexual harassment and assault, and said in his resignation speech that he put their allegations down to generational differences.

‘In my mind, I have never crossed the line with anyone,’ Cuomo said. ‘But I didn’t realize the extent to which the line has been redrawn.’ 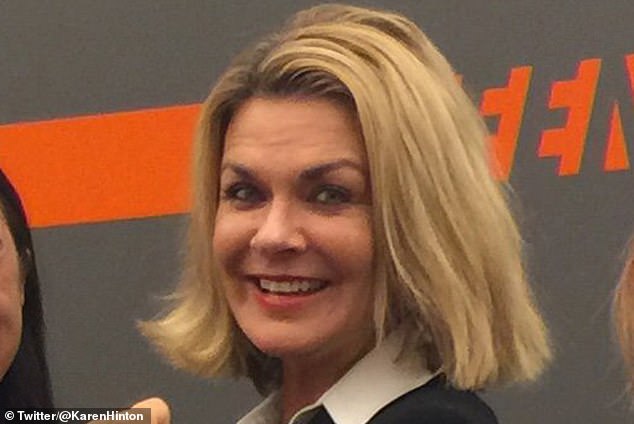 Hinton, however, said she did not buy Cuomo’s reasoning.

‘Andrew Cuomo told New Yorkers on the day he resigned, that ‘the lines’ on behavior by men toward women had moved as he grew older,’ she wrote.

‘But Mario knew where the line was, even forty years earlier, and he tried to teach his son, one future governor to another.’

‘In 2018, when Ms. Hinton was not consumed with chasing headlines to sell a book, she wrote: ‘I’ve been fortunate to have male bosses, like Andrew Cuomo and Bill de Blasio, who know how to be respectful of women even while being no-nonsense managers,’ he said.

‘Consider that when gauging her credibility and this latest transparent attempt to rewrite history.’

Cuomo has been lying low since leaving Albany, spending time at a friend’s house in the Hamptons.

He does not have a home of his own but his brother Chris, a CNN anchor, also lives in the area.

Cuomo at the end of September posted a photo on Instagram of himself on a boat off Long Island, with his dog, Captain.