The registrar of the National Examination Council NECO, Professor Godswill Obioma, is dead. He died after a brief illness.

Earlier today, media reports claimed he was murdered in his Minna home by some unidentified gunmen who invaded his apartment and strangled him last night, May 31. The killers allegedly left without taking any of his properties.

However, a statement released by the board yesterday morning said family sources disclosed that the NECO boss died after a brief illness.

See the statement below 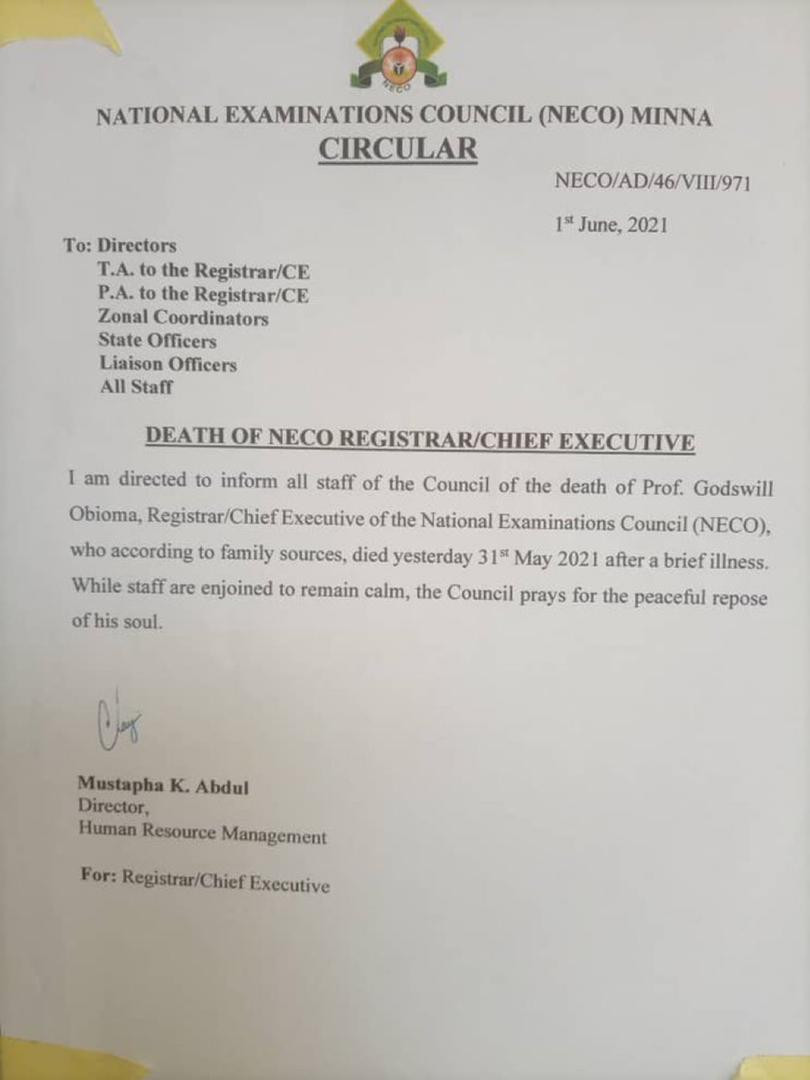