Miss Mexico, Andrea Meza was crowned Miss Universe 2021 on Sunday, May 16, after more than a year delay due to the coronavirus pandemic.

The 26-year-old model-software engineer was crowned by 2019 title holder Zozibini Tunzi at the Miss Universe competition was finally held on May 16 at the Seminole Hard Rock Hotel & Casino in Hollywood.

According to People magazine, Meza is a certified makeup artist and model, an extreme sports and Crossfit fan, the official Tourism Brand Ambassador for the city of Chihuahua, and an activist focused on women’s rights who works closely with the Municipal Institute for Women. 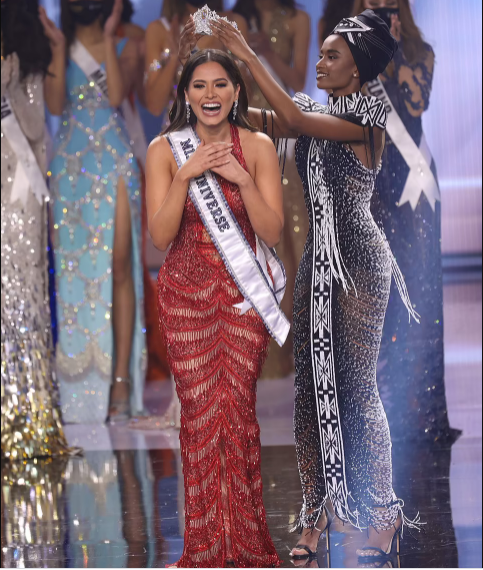 Meza finished first ahead of the Brazilian and Peruvian finalists in a flashy televised event, hosted by American actor Mario Lopez and television personality Olivia Culpo. 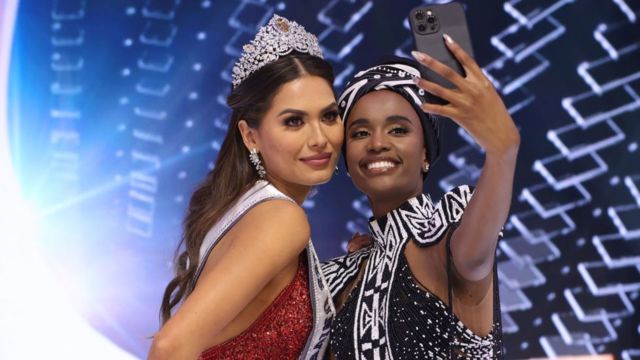 Tunzi, a public relations professional who became the first Black woman from South Africa to win the contest, had held the title since December 2019. Last year’s ceremony was canceled due to the pandemic. 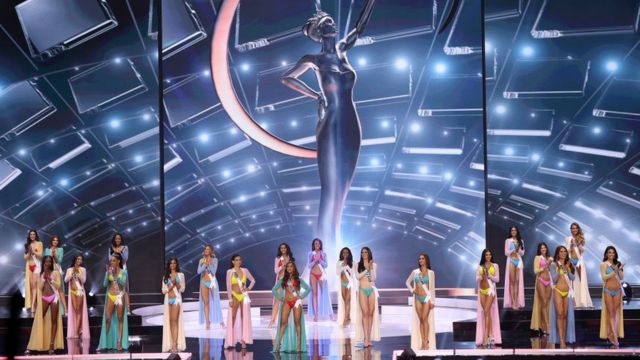 During the final statement round, Miss Mexico was asked to address the topic of changing beauty standards.

“We live in a society that more and more is more advanced and as we have advanced as a society, we have advanced with stereotypes,” she shared via translator. “Nowadays, beauty is not only the way we look. For me, beauty radiates not only in our spirits, but in our hearts and the way we conduct ourselves. Never permit someone to tell you that you are not valuable.”

And just minutes before, Miss Mexico also faced the final question round where she was asked to share how she would have handled the COVID-19 pandemic.

“I believe there is not a perfect way to handle this hard situation such as COVID-19,” she explained. “However, I believe that what I would have done was create the lockdown even before everything was that big because we lost so many lives and we cannot afford that. We have to take care of our people. That’s why I would have taken care of them since the beginning.”

Meza is reportedly the third Mexican woman to ever win the crown after Lupita Jones and Ximena Navarrete.

The pageant was hosted by “Access Hollywood” host Mario Lopez and model-actress Olivia Culpo, the 2012 Miss Universe. It was broadcast live from the Seminole Hard Rock Hotel and Casino Hollywood in Hollywood, Florida.

Ahead of the pageant, Paula M. Shugart, president of the Miss Universe Organization, stated that they had spent months planning a safe competition that followed similar guidelines as last November’s 2020 Miss USA competition held in Memphis.

The Miss Universe competition airs in more than 160 territories and countries across the globe including in the U.S on the FYI channel and on Telemundo.