Police have released dramatic footage of a fast-thinking motorist racing down a street backwards to escape a knife-wielding thug before the group of gangsters kidnapped another man.

Security camera vision captured an action movie-like scene in Sydney’s west as a group of five men bundled a man into a car before trying to attack a driver who stumbled across the kidnapping.

The driver of the black Toyota CH-R turned into Rickard Street, Merrylands, on September 18 as the group were assaulting a 24-year-old man and hauling him into a white van.

But as one of the assailants ran over to the black 4WD clutching a knife, the driver launched into action – slamming their gear box into reverse. 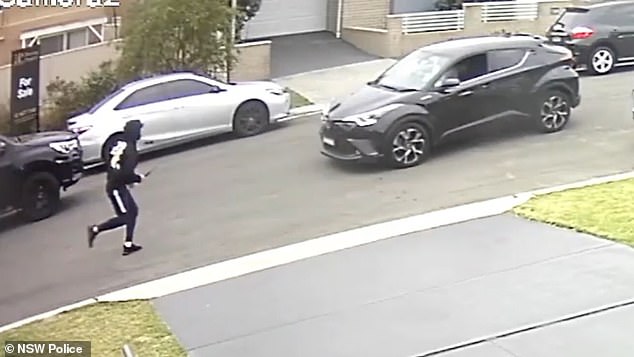 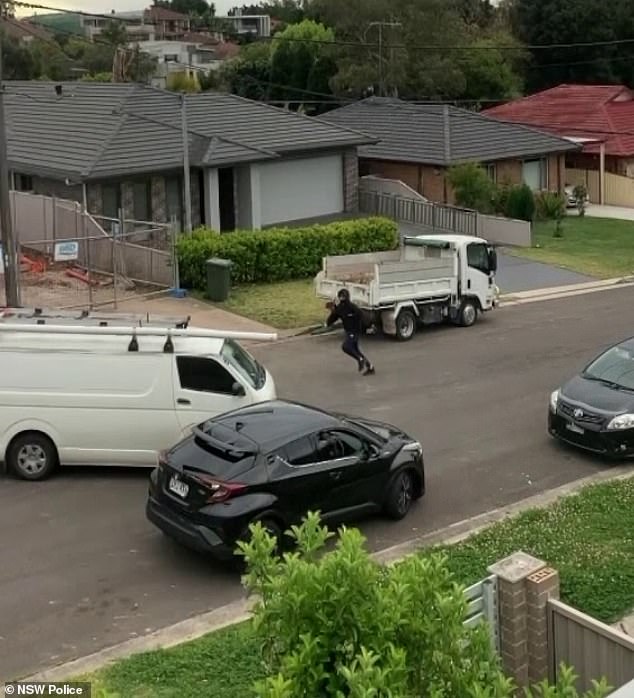 The car swiftly dashes backwards down the turn, swerving around a white van, before turning and speeding down an adjoining street.

The hooded attacker can be seen pelting an object at the car as it drives away.

Police said the kidnapping victim was walking along the street just after 4pm when he was approached by the five men and assaulted.

The group dragged the 24-year-old man into the back of a white Toyota Hiace parked nearby.

Three of the men and the victim then drove away in the Hiace, travelling south, while the two other men followed behind in a black Toyota Hilax.

The 24-year-old was taken to a vacant unit at Auburn road, Auburn, where he was detained for several hours. 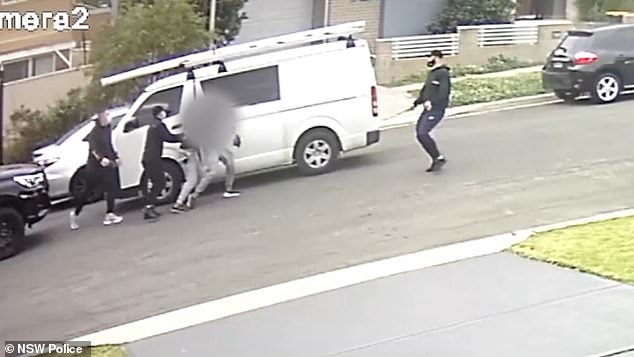 Police have released footage of a man, 24, being kidnapped by a group of five men in Sydney’s west in September (pictured) as they call for anyone with information to come forward

He was found at 7pm that evening by a member of the public at Wellington Road, Birrong, with a stab wound to his shoulder.

He was taken to Liverpool Hospital for treatment and has since been released.

Detectives from the State Crime Command’s Robbery and Serious Crime Squad set up Strike Force Reckon to investigate the incident.

Robbery and Serious Crime Squad detectives want information about all three vehicles, none of which have been recovered. 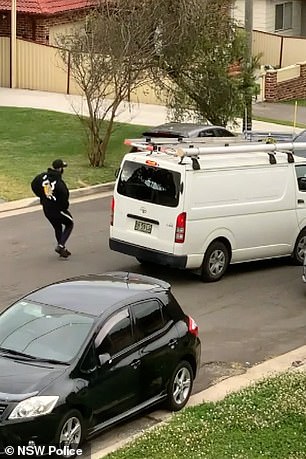 Police said the black CH-R driver crashed into a boat, causing significant damage to both the vehicle and the vessel, before leaving the scene.

‘This is an extremely violent and brazen attack that occurred on a suburban Sydney street on a Saturday afternoon,’ squad commander Detective Superintendent Andrew Koutsoufis said.

‘This kind of behaviour has no place in our community and these men must be brought to account. We believe this was a targeted attack and appeal to the public for any information that may assist detectives.

‘Inquires (sic) suggest that the occupant of the black Toyota C-HR, with NSW registration plates EBJ43A, is known to the injured man and would have information crucial to this investigation.’

Police are also seeking information that may help to identify the five men, who are all described as being of Mediterranean/Middle Eastern appearance. 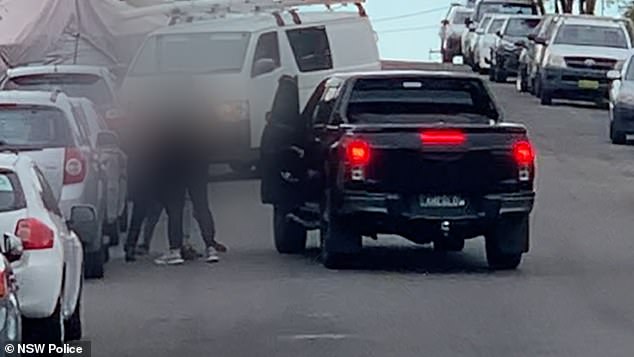 Robbery and Serious Crime Squad detectives want information about all three vehicles, none of which have been recovered. Pictured: The Toyota Hilux

Police said the Hiace driver was of of medium build and last seen wearing a black hooded-jumper, red shorts and black running shoes; the front passenger was of solid build and wearing a black jumper with a grey hood and red lettering on the sleeve, black track pants and pale-coloured joggers.