A furious man has been filmed threatening to fight a group of teenagers for hooning around in boats after their friends’ roaring engine sprayed his house with water.

Footage shared to TikTok shows the man speeding over to the boys in his vessel as they sit in a tinny on the side of a river bank.

The man then begins berating the youths after their friends ‘buzzed’ his house with a stream of murky water as they hooned through the waterway.

‘I just had to beat up two of your buddies for buzzing our house,’ he says.

‘And I’ll beat up anyone else who wants to run the gauntlet over there.’

One of the boys suggests the man should be ashamed for boasting about physically assaulting children, asking: ‘So you beat up teenagers?’. 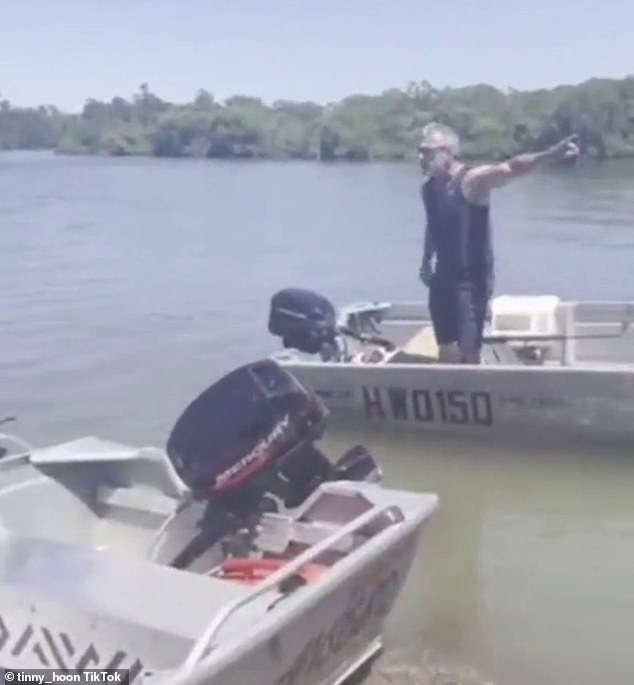 But the man shoots down the insinuation, replying: ‘f***ing oath’.

‘I just beat up two f***wits who buzzed a house.  And that is why I am over here talking to you.’

The boy reiterates that the kids he picked on were only ’15’, but the man does not seem to care and instead launches into a bitter rant about how he is sick and tired of the teenagers’ shenanigans.

‘You’re a gronk. I don’t care what you think, just because you’re a big ex-fighter,’ the boy says.

‘Shut up junior,’ the man shoots back.

The man warns that he has called the police and demands the teens stay away from the area before taking off in his boat.

‘Stay away from here. Find somewhere else to play or it is going to get worse,’ he says. 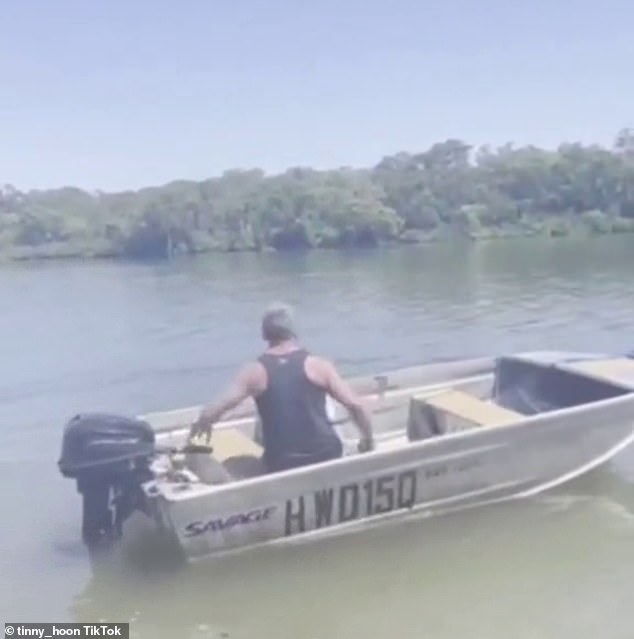 The footage was shared to a TikTok page filled with videos of ‘tinnie’ boats tearing down waterways.

The latest video quickly went viral – racking up more than 59,000 views and 2215 likes in eight hours after it was posted on Sunday night.

But the confrontation left social media users divided over who was in the wrong.

‘He doesn’t own the water or its banks. Anyone can do what they like there,’ one person commented.

‘Organise a boat meet to buzz the house all day,’ another suggested.

Others felts the kids needed to reel in their behaviour.

‘I’m on the old fellas team. F*** off with the tinnies somewhere else. Don’t spray people’s houses,’ one man said.

‘Their dads should get those little boys to pull their heads in,’ another added.