One of the daughters of black civil rights leader Malcolm X has been found dead at her Brooklyn apartment late Monday night.

Malikah Shabazz was found dead by officers when they arrived at her home.

Currently, the New York medical examiner has determined her death not to be suspicious.

Malikah, who was 56, and one of six children, was found by her daughter, Bettih-Bahiyah Shabazz, 23, in the home they shared.

Malikah never got to know her father having been born seven months after his assassination.

At the age of 39, Malcolm X was shot 16 times before a crowd of 400 people at the Audubon Ballroom in Harlem, including his pregnant wife and three of their daughters. One of the killers blasted him at close range with a shotgun. 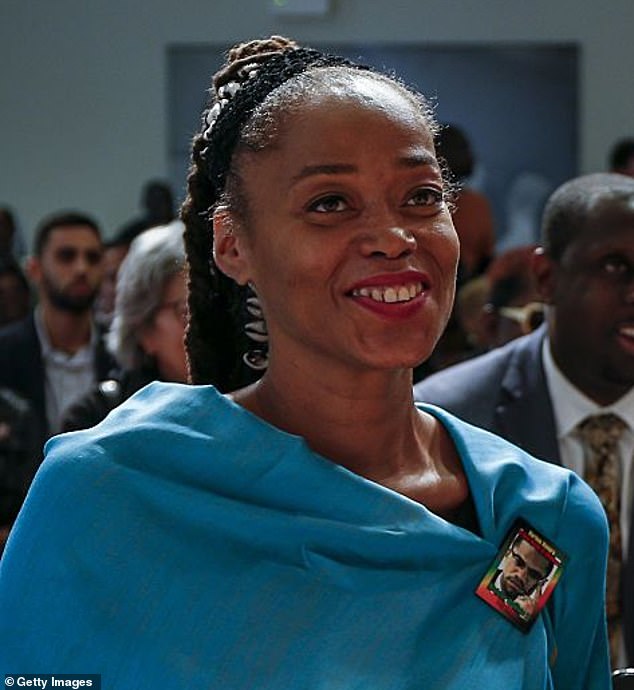 Malikah Shabazz, 56, one of Malcolm X six daughters was found dead in her Brooklyn home on Monday, which police say does not appear suspicious 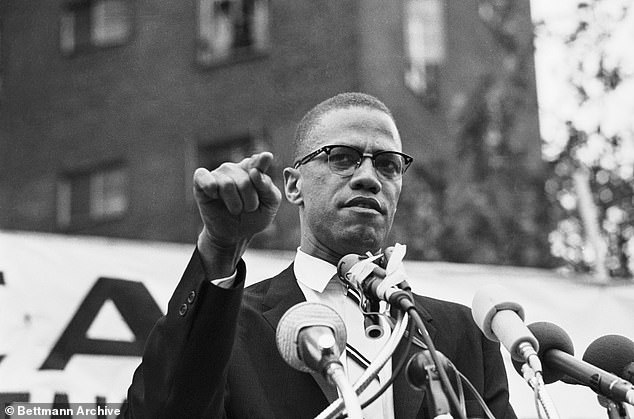 Malikah never got to know her father, Malcolm X, having been born seven months after his assassination 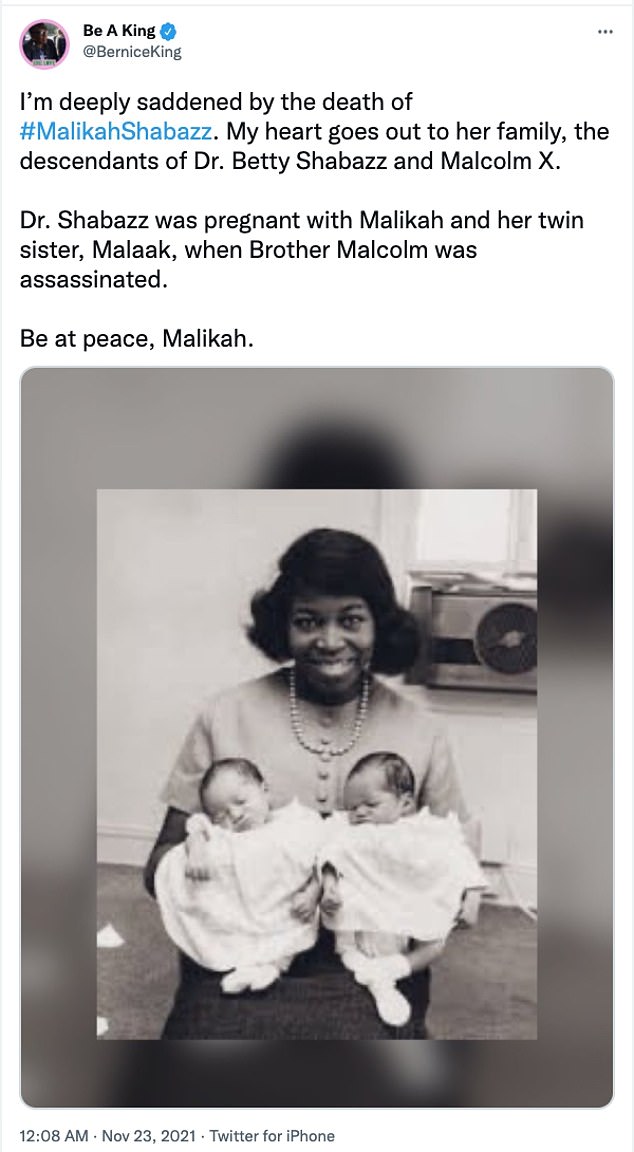 The daughter of fellow civil rights icon, Martin Luther King Jr., Bernice King, tweeted her condolences together with a photo of Malikah and her twin sister Malaak, being held by their mother, Dr. Betty Shabazz 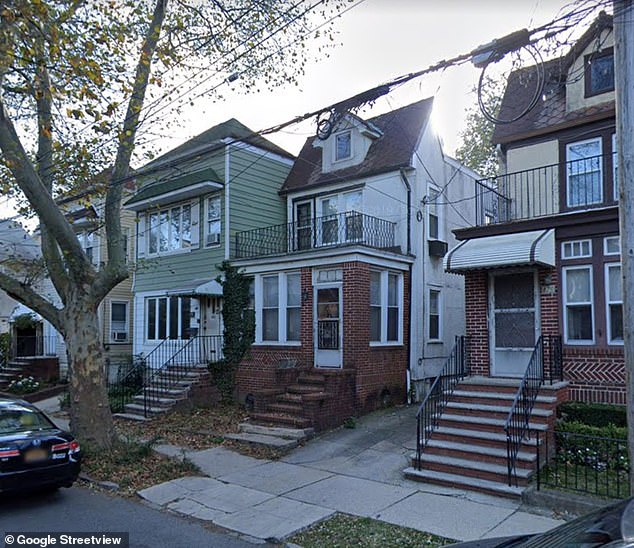 Shabazz, who was 56, and one of six children, was found dead by her daughter, Bettih-Bahiyah Shabazz, 23, in the home they shared together

Over the years, she had a number of brushes with the law.

In 2017, she along with her daughter were charged with stealing a rental truck in which were seven pit bulls. The pair were arrested in southern Maryland,

Years earlier, in 2011, Shabazz pleaded guilty to stealing the identity of an elderly family friend in North Carolina. She ran up more than $55,000 in credit card charges.

The daughter of fellow civil rights icon, Martin Luther King Jr., Bernice King, tweeted her condolences together with a photo of Malikah and her twin sister Malaak, being held by their mother, Dr. Betty Shabazz.

‘I’m deeply saddened by the death of #MalikahShabazz. My heart goes out to her family, the descendants of Dr. Betty Shabazz and Malcolm X. Dr. Shabazz was pregnant with Malikah and her twin sister, Malaak, when Brother Malcolm was assassinated. Be at peace, Malikah.,’ King wrote.

Shabazz’s death comes just days after two men who had been suspected of shooting her father were exonerated. 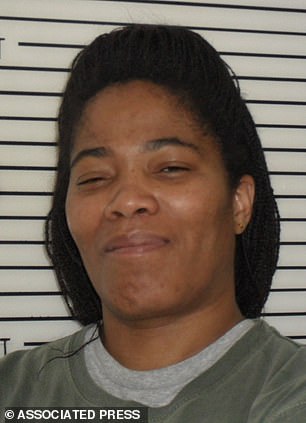 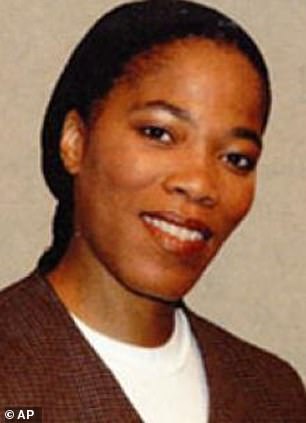 Over the years, Malikah Shabazz had a number of brushes with the law. She is pictured in 2011, after pleading guilty to stealing the identity of an elderly family friend in North Carolina. She ran up more than $55,000 in credit card charges 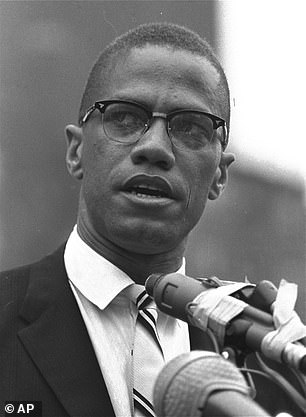 On Thursday, Manhattan judge Ellen Biben dismissed the convictions of Muhammad Aziz and the late Khalil Islam, after prosecutors and the men’s lawyers said a renewed investigation found new evidence that they were not involved with the killing and determined that authorities withheld some of the evidence.

The pair were formally exonerated after years of doubt about who was responsible for the civil rights icon’s death.

The investigation was launched by Cy Vance, the Manhattan District Attorney, following the broadcast of a six-part Netflix documentary last year which sparked renewed focus on the case.

Vance’s conclusion that the conviction should be quashed is likely to be one of the most high-profile final acts for him as DA: he announced in March that he would retire at the end of this year, and not seek re-election after 12 years in office.

Vance, 66, apologized to Aziz in court on Thursday, and shook his hand. 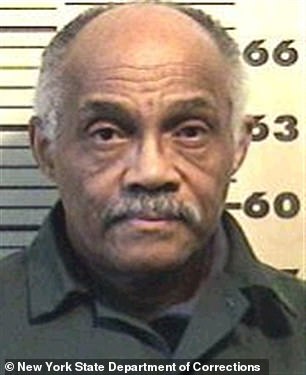 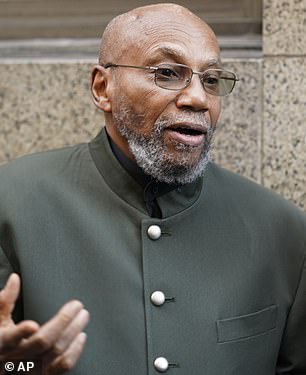 Thomas Hagan, 80, left, was the only man to confess to shooting dead Malcolm X inside Harlem’s Audubon Ballroom on February 21, 1965 as he began a speech. Right, Muhammad Aziz, 83, stands outside the courthouse with members of his family after his conviction in the killing of Malcolm X was vacated, 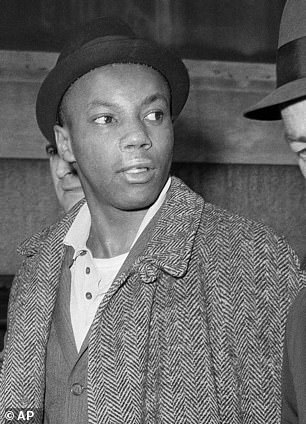 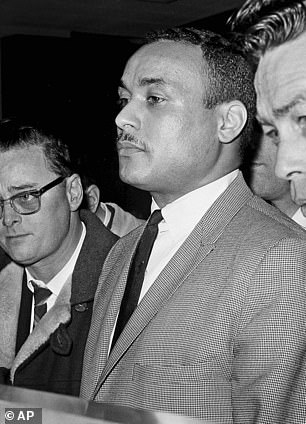 Aziz, pictured at left being escorted by detectives after his arrest in New York in 1965, and alleged accomplice Islam, who died in 2009, were exonerated after prosecutors and defense lawyers said they were not involved in the assassination

Malcolm X gained national prominence as the voice of the Nation of Islam, exhorting black people to claim their civil rights ‘by any means necessary.’

His autobiography, written with Alex Haley, remains a classic work of modern American literature and his life was turned into a 1992 Spike Lee film, starring Denzel Washington. Washington was nominated for an Oscar for the role of Malcolm X.

Near the end of Malcolm X’s life, he split with the Nation of Islam and, after a trip to Mecca, started speaking about the potential for racial unity.

It earned him the ire of some in the Nation of Islam, including the leader, Elijah Muhammad, who saw him as a traitor.