Chairman of the Kwara State council of the Nigerian Union of Journalists, NUJ, Ahmed Abdullateef, has charged journalists in the state, to maintain the integrity of the pen profession in the discharge of their responsibility.

He commended Dare Akogun, the newly-elected chairman of the chapel, for his spirit of sportsmanship at the last state council election for being the first person who contested with him to congratulate the new executives of the state council led by Ahmed Abdullateef.

Abdullateef charged the new executives of Sobi FM Radio chapel, to do everything possible to keep the chapel afloat. 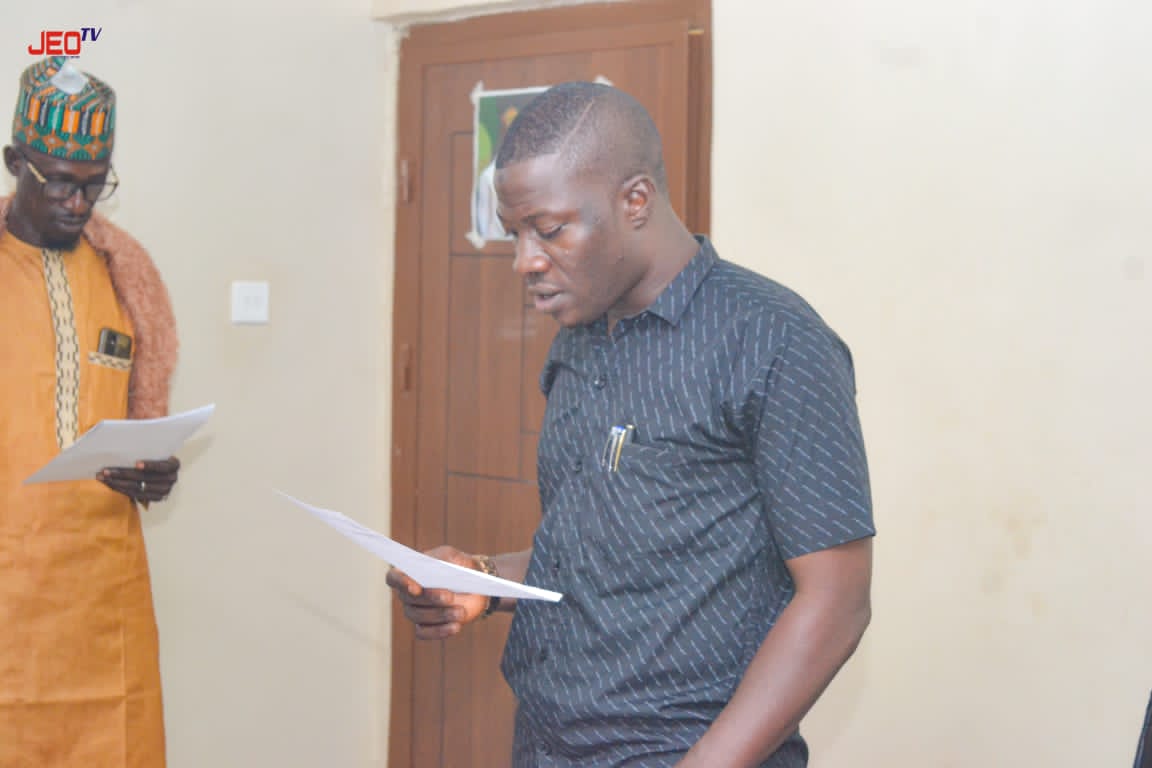 Chairman of the correspondents chapel in the state, Hakeem Garuba, in his speech, advised the new chairman of Sobi FM Radio chapel to be transparent in his dealings with members of the union.

In his acceptance speech, Dare Akogun, the newly-elected chairman of Sobi FM Radio chapel, described the task ahead of the executives as enormous, adding that ” it is a responsibility the executives have accepted wholeheartedly.”

He promised to move the chapel to the next level of development and solidify its status as a major stakeholder in the state council of the NUJ.