The husband of an unidentified ‘accomplished author’ is being thoroughly lambasted on social media for complaining that his wife wrote and sold a new novel — after supposedly ‘agreeing’ to put her writing career on hold after they had a baby.

The man wrote anonymously to Slate’s advice column ‘Dear Prudence,’ asking how he is ever supposed to trust his wife again after she ‘secretly’ wrote during her lunch breaks at her fulltime job.

The man whined that his wife ‘could have been home an hour earlier’ if she’d skipped the lunch break and griped that she ‘broke their deal.’

His letter has since been shared on Twitter, where thousands of users are accusing him of being a bad husband and insisting that his reaction is completely unreasonable. 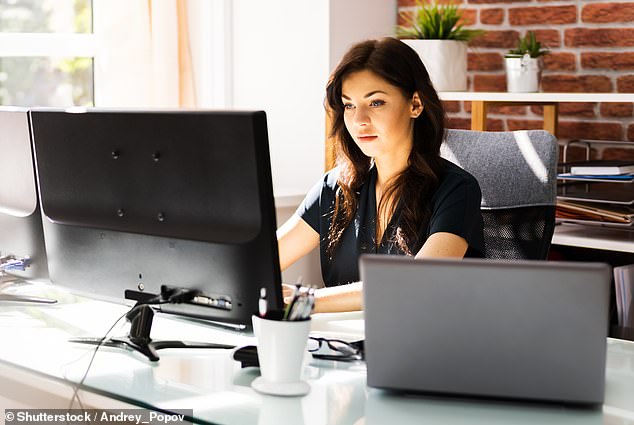 Seeing red: The husband of an unidentified ‘accomplished author’ is being lambasted on social media for complaining that his wife wrote and sold a new novel (stock image) 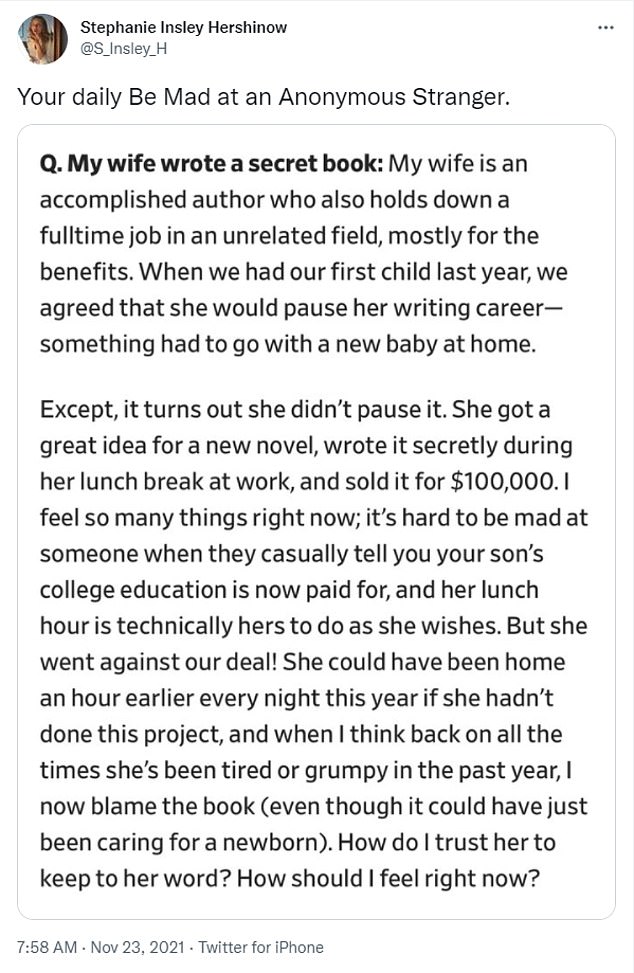 Everything has changed: His wife works a fulltime job and is also an ‘accomplished author,’ but he says they ‘agreed’ she’d ‘pause’ her writing career after they had a baby

The letter was shared in a November 23 column.

‘My wife is an accomplished author who also holds down a fulltime job in an unrelated field, mostly for the benefits,’ the man wrote.

‘When we had our first child last year, we agreed that she would pause her writing career — something had to go with a new baby at home,’ he said.

‘Except, it turns out she didn’t pause it. She got a great idea for a new novel, wrote it secretly during her lunch break at work, and sold it for $100,000,’ he continued, naming quite a high amount to sell a novel for.

‘I feel so many things right now,’ he went on. ‘It’s hard to be mad at someone when they casually tell you your son’s college education is now paid for, and her lunch hour is technically hers to do as she wishes. But she went against our deal!

‘She could have been home an hour earlier every night this year if she hadn’t done this project, and when I think back on all the times she’s been tired or grumpy in the past year, I now blame the book (even though it could have just been caring for a newborn).’

He concluded: How do I trust her to keep to her word? How should I feel right now?’

Wish he was a better man: He just learned that she ‘secretly’ wrote a novel during her lunch breaks and sold it, ‘went against our deal’ – a complaint being critisized on Twitter

Writer Stephanie Insley Hershinow shared a screenshot, calling it: ‘Your daily Be Mad at an Anonymous Stranger.

One user mocked the man, imagining him saying: ‘We agreed that when the baby was born, my wife would have no free time. Every minute of every day, she would either be working for benefits or taking care of my baby. But she didn’t do that, and now I am mad because I can’t control every second of her time.’

‘I dunno, dude, it’s a rough situation — have you tried feeling like you just won the lottery?’ offered another commenter. 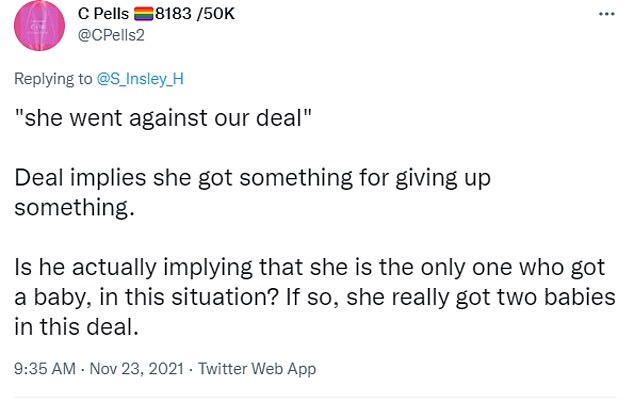 Girl at home: He insists that instead of taking a lunch break, she should have come home earlier every night, which commenters think is ridiculous

‘Imagine being angry about your partner doing an activity that they like in their free time and then getting paid for it but also wtf do they mean “she could’ve been home an hour earlier”???? LUNCH IS LUNCH NO MATTER HOW YOU SPEND IT!’ said one more.

‘His entitlement to control over her time is unsettling,’ argued another. ‘Why should he get a say in how she spends her lunch hour?’

‘The more I read about the husband who was angry that his wife wrote a $100,000 book on her lunch break, the more I feel okay with being perpetually single,’ one woman tweeted.

‘I wish the writer who wrote her book during her lunch breaks and sold it for $100,000 many congratulations, good reviews and a “keep your advance/royalties in a get out fund away from your controlling husband,”‘ tweeted someone else.

Several wanted to know the name of the author, as well as the name of the book so they could ‘all buy a copy and hopefully she’ll get even more money after she divorces you.’

Begin again: The advice columnist he wrote to even told him to do some ‘soul-searching’

One more Twitter user said: ‘The real question should be why she felt the need to hide it from you in the first place. In other words, she already knew she didn’t have your support.

‘I hate the way he says “something had to go” as if her writing career that he has already described as accomplished was something trivial,’ said another.

‘That $100K might be better spent paying for daycare while she works at a job with benefits and writes another novel on her lunch breaks, about a woman who finally finds she *can* have it all after a divorce,’ said one.

Meanwhile, Jenée Desmond-Harris, who answers the advice column, had her own take, first reminding the man that his wife’s lunch break isn’t ‘technically’ hers, it’s ‘100 percent completely hers to use as she wishes.’

Run: Twitter users have strongly criticized the man for being controlling, entitled, and dismissive and think that the wife should divorce him

‘And she didn’t break her word to you in any way that matters. When she said she would pause her writing career, there’s no way she interpreted that agreement as a ban on writing — it was a deal to use her time at home to focus on the baby,’ she wrote.

She also insisted the wife didn’t ‘owe’ her husband and baby ‘every ounce of her energy or a full accounting of how she spends every minute of her day.’

She advised that he do some ‘soul-searching about what’s really upsetting you here,’ suggesting that he might be jealous or intimidated.

‘Whatever it is, work it out on your own — or with the help of the therapist if that’s available to you — before you ruin this moment for her and damage your relationship with a complaint that doesn’t make sense,’ she said.