She’s one of the most famous faces in the world of soap, having played Home and Away‘s Irene Roberts for almost 30 years – and  Lynne McGranger has now spilled secrets from the set of the Australian TV favourite in a new memoir.

Appearing on This Morning on Wednesday, the soap stalwart revealed how she felt like she’d ‘won the lottery’ when she was cast in the temporary role of Irene Roberts back in 1993 – after battling an eating disorder, harbouring a marijuana addiction and enduring a failed stint as a teacher.

Speaking from Australia to hosts Philip Schofield and Holly Willoughby, the soap actor said she’d only intended to stay in the role for three months but producers kept on asking her back. 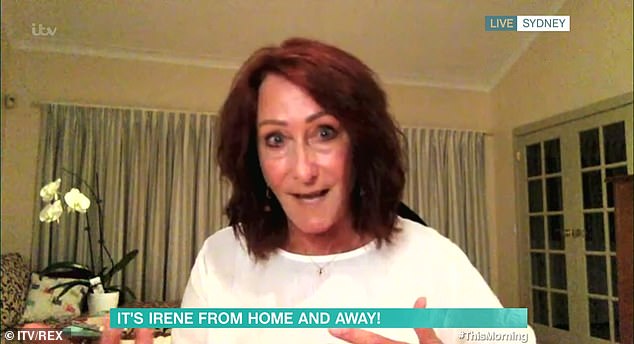 Three months to 29 years! Lynne McGranger told This Morning that a bout of food poisoning when she auditioned saw bosses describe Irene Roberts’ character as a ‘thin-waisted alcoholic’ – because she’d looked so ill when she played for the part 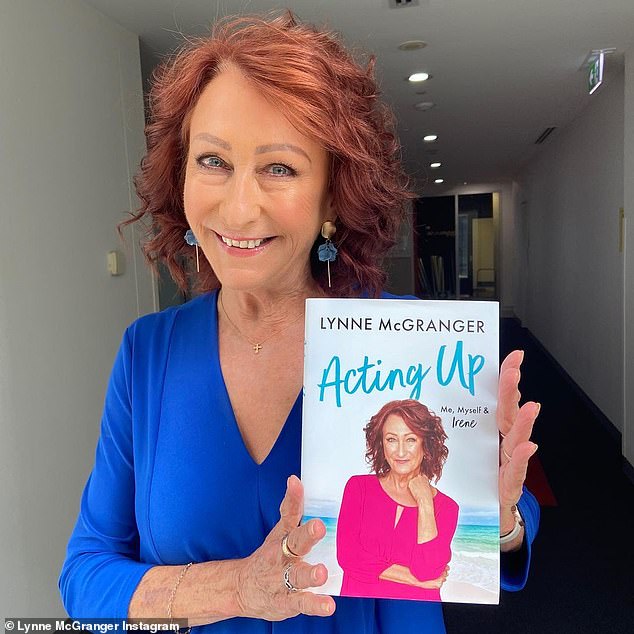 Discussing anecdotes from the book, Acting Up, McGranger left the presenters in stitches after she recounted how a bout of food poisioning ahead of the audition had seen the character description for Irene labelled ‘thin-waisted alcoholic’.

Of her longevity in the role, she said: ‘I still have to pinch myself. It’s bizarre, it was always going to be a three-month gig.

The producers said to me would like to come back and do another six months. I was like ‘Hell yeah!’

‘It just kept happening – it’s been such a wonderful journey and I feel so blessed.’

Prior to joining the cast, she’d tried her hand at teaching but worked out she only really like children ‘if they’re in groups of one’, describing her former students as ‘snotty and smelly’.

Last month, speaking to The Daily Telegraph, the Home and Away actress, 68, reveals how the book also touches on her former addiction to marijuana and eating disorder in the book.

The star, who quit smoking marijuana and cigarettes in 2005, says she had a large habit – and even worked as Irene while high. 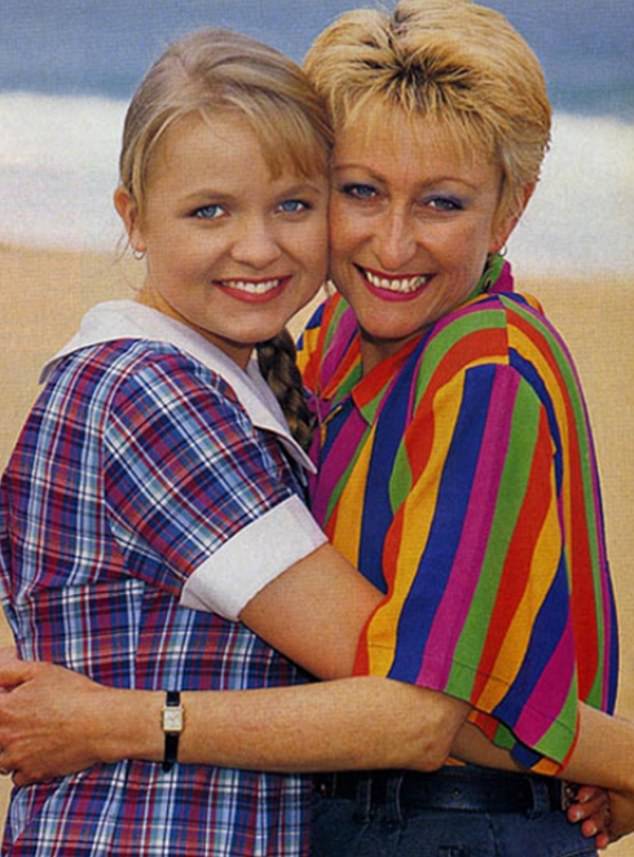 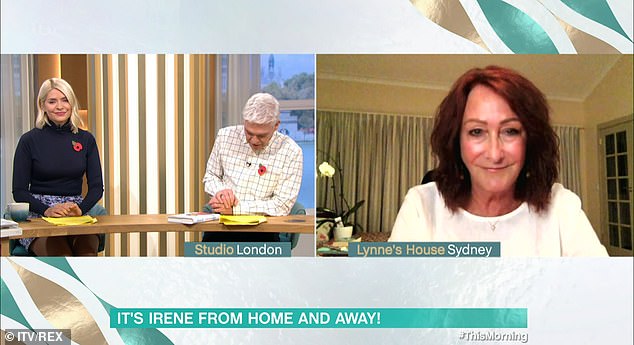 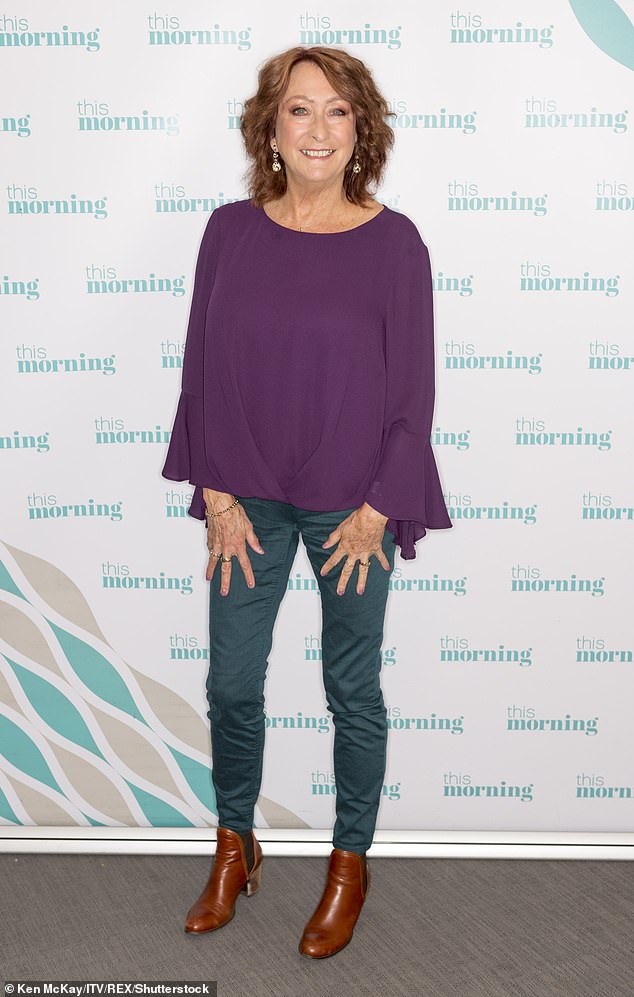 Speaking to The Daily Telegraph  last month, the Home and Away actress, 68, revealed the book covers her former addiction to marijuana and an eating disorder

‘I have done theatre stuff stoned, but not Home And Away. I didn’t drink you see, so that was my wine,’ she said.

Lynne, who has played Irene Roberts on the soap opera for over 28 years, said she used to grow the illegal plant in her backyard.

‘It will be totally scandalous and it was not a bit (of marijuana). I smoked a lot of dope. I just loved it. I would smoke joints,’ she said. 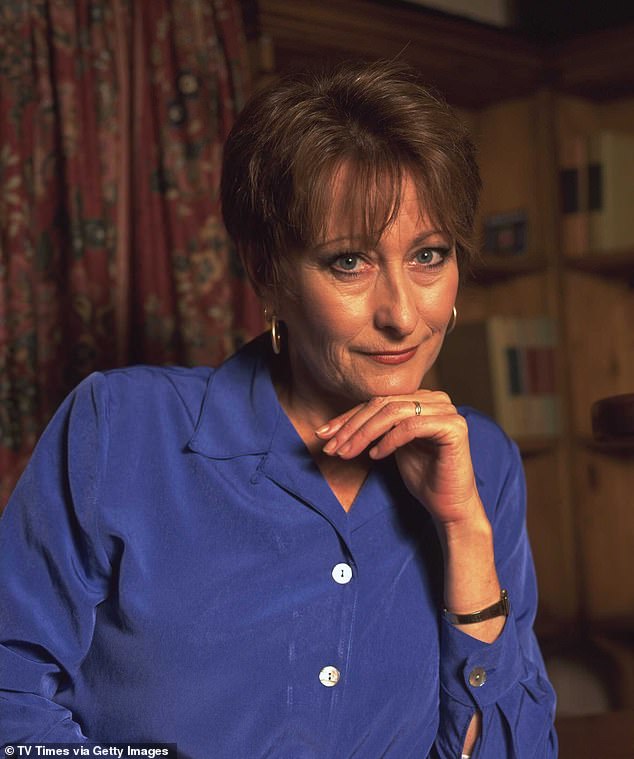 Lynne, who has played Irene Roberts on the soap opera for over 28 years, said she used to grow the illegal plant in her backyard. ‘I have done theatre stuff stoned, but not Home And Away. I didn’t drink you see, so that was my wine,’ she said. Pictured in 1997

The actress also revealed that she suffered from bulimia between the ages of 15 and 28.

‘I had a form of bulimia where you binge and instead of vomiting, you take laxatives,’ she said.

‘It seemed like a good idea at the time. I now know that it was a form of bulimia but there was no name for it back then.’

According to publishers Allen & Unwin, Acting Up: Me, Myself & Irene is a ‘warm, hilarious and intimate look inside the life of one of Australia’s living TV legends’.

‘With humour, honesty and self-deprecating charm, one of Australia’s best known TV actresses lifts the lid on life – both on-screen and off.’

Lynne will cover everything from her childhood to her career in television.

Acting Up by Lynne McGranger is available in November