In a vision of celestial wonder, Jupiter, Saturn and Venus aligned above Stonehenge in Wiltshire after ten eight-second exposures were merged into this striking image.

The scene, captured on Monday evening, quickly became an internet sensation, receiving more than 5,000 likes in less than an hour on the Stonehenge Dronescapes Facebook page.

The planets were captured by ten eight-second exposures, which were merged in one photo to reveal greater detail than can be seen by the naked eye. 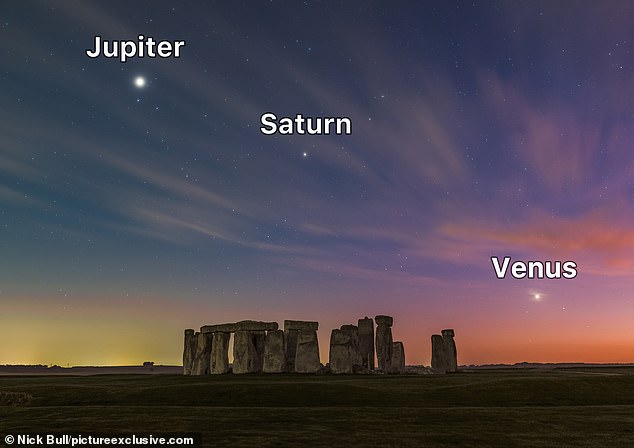 Venus, bottom right, the brightest natural object in Earth’s sky after the moon, was also shone in the pink and red light.

The connection between Stonehenge and the stars has puzzled humanity for centuries.

How Stonehenge is the centre of the neo-pagan world

One regular group of visitors to Stonehenge since the mid-19th century has been the neo-pagans, including people who claim to have resurrected the ancient practices of the Celtic druids.

It is believed that Stonehenge has been a burial and religious site since it was first built, but nothing is known of any specific rituals which might have taken place there in prehistoric times.

However, in the 1870s visitors started going to the monument on the night of the summer solstice – when the rising sun casts its first rays into the middle of the circle. 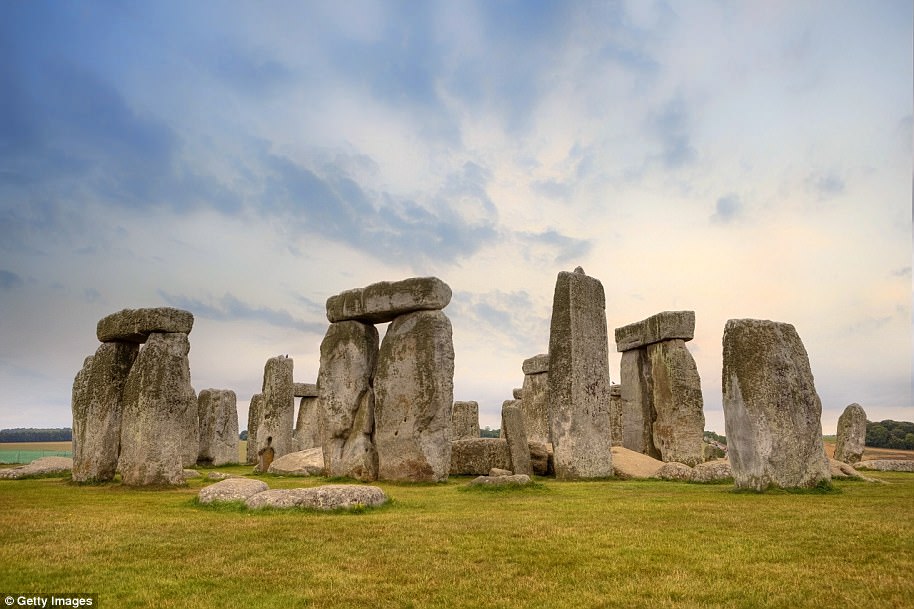 Prehistoric monument: It is believed that Stonehenge in Wiltshire has been a burial and religious site since it was first built

From 1905, the Ancient Order of Druids – which despite its name dates back only to the 18th century – carried out modern druidic rites at the site.

Pagan ceremonies continued at Stonehenge throughout the 20th century, despite hostility from some archaeologists who insisted there was no link between ancient religion and modern practices.

In the 1970s, the druids were joined by members of the burgeoning New Age movement, who held an annual ‘free festival’ at the monument and saw Stonehenge as a major landmark for followers of alternative lifestyles. 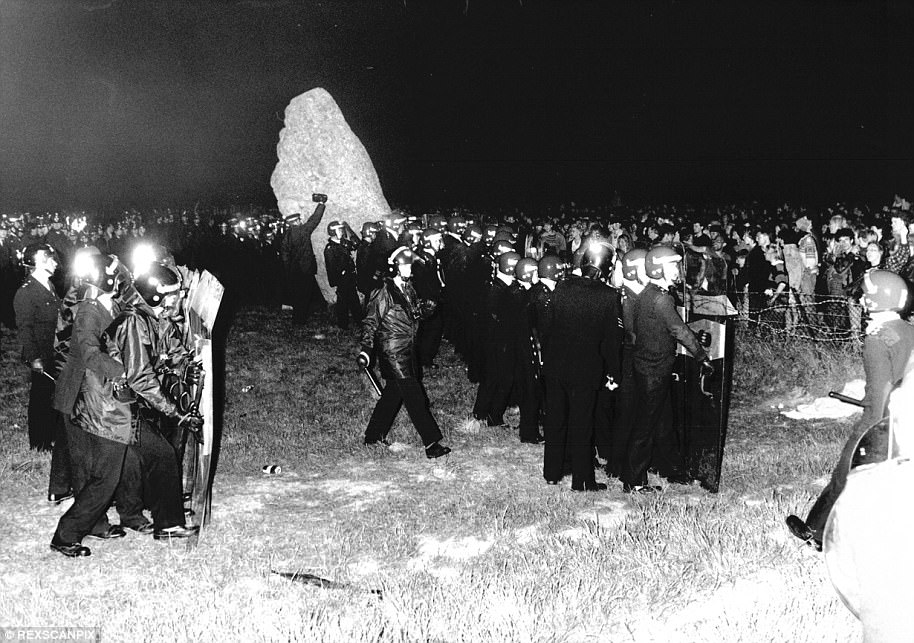 Problems in the past: Police arrest revellers at Stonehenge after disturbances on the summer solstice in June 1988

Concerned about the thousands of people who were flocking to the monument for the solstice, English Heritage gained a High Court injunction in 1985 banning revellers from entering the site.

When 600 people turned up anyway, it prompted violent clashes with police – known as ‘The Battle of the Beanfield’ – in which eight officers and 16 travellers ended up in hospital.

However in 2000, the monument’s custodians decided to open up Stonehenge twice a year, on the summer and winter solstices – and now it also open for the spring and autumn equinox.