Yobe State Governor, Mai Mala Buni has begged humanitarian and development partners operating in the state to cultivate the habit of engaging indigenous contractors in the award of contracts to ensure quality execution of the projects.

Buni made the plea when he received in audience the Country Director of Qatar Charity Organization, Shiek Hamda El-Sayyid.

The governor, through his spokesman, Mamman Mohammed, emphasized that it is more beneficial using local contractors who know the terrain and are used to the areas than using contractors who are alien and scared of going to the project sites. 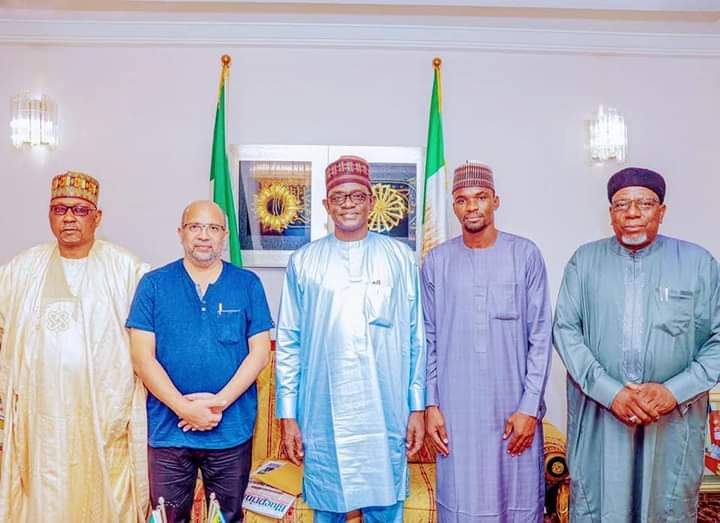 “To avoid having your projects abandoned and scattered across the state, you should please give preference to the local contractors to ensure completion of the projects for the benefit of the communities and for you to have value for your money”, he appealed.

Gov Buni added that the advantage is that there will be a trickle-down effect of the resources injected into the projects, as it will contribute to economic recovery and empowerment of the local contractors and communities who are also victims of insurgency.

He applauded Charity Organization for complementing government efforts towards the resettlement, rehabilitation and recovery of Yobe communities while assuring the support and cooperation of his administration to the organization to execute its projects in the state.

Shiek Hamda El-Sayyid told the governor that the organization is working on over 400 projects across the state aimed at providing succor to the people and this is in addition to profiling over 130 orphans for economic support.