Anyone who enters Queensland when Annastacia Palaszczuk opens the border will be forced to pay $145 for a PCR Covid test – despite cheaper rapid antigen tests being approved for use by the Therapeutic Goods Administration.

Queensland will reopen for tourists after 80 per cent of its residents are fully-vaccinated – which could be as early as December 6.

But the state government has come under fire after Health Minister Yvette D’Ath revealed inbound travellers will have to fork out for an PCR Covid test, with costs starting from $145 per person at a private pathology clinic.

Queensland’s Covid roadmap states ‘TGA-approved tests’ would be sufficient, with about 12 different brands of rapid antigen tests – costing $7 to $20  – already approved and available in chemists. 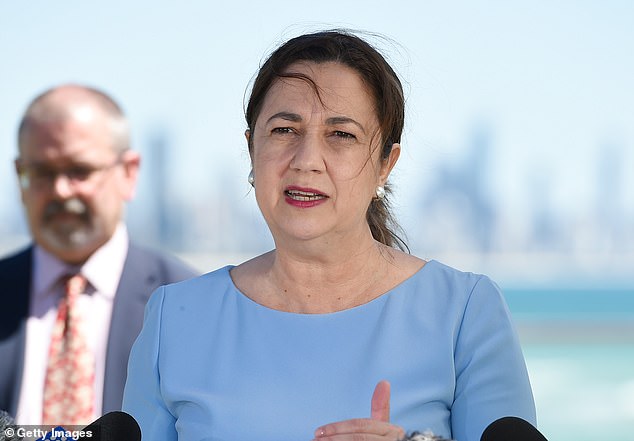 But Ms D’Ath said people’s budgets should not jeopardise the state’s health response.

‘We don’t want to swap tests just because one might be cheaper,’ Ms D’Ath said.

Acting chief health officer Peter Aitken said PCR tests should be used in conjunction with rapid tests – which are more effective when there was a higher number of Covid-19 cases in the community.

‘To put it roughly, rapid antigen tests are about 70 per cent as effective as PCR,’ Dr Aitken said.

‘Queensland currently has four active cases – we want to identify every case and not miss 30 per cent, so we will continue to use PCR tests at this stage.’

‘(With rapid antigen tests) you miss the early stages of the disease and the later stages of disease, which means you don’t detect Covid in people until they are much further into disease.’

Ms D’Ath said the federal government should look at subsidising costs for the mandatory swabs through Medicare.

But opposition Leader David Crisafulli said the state government should be the one to foot the bill. 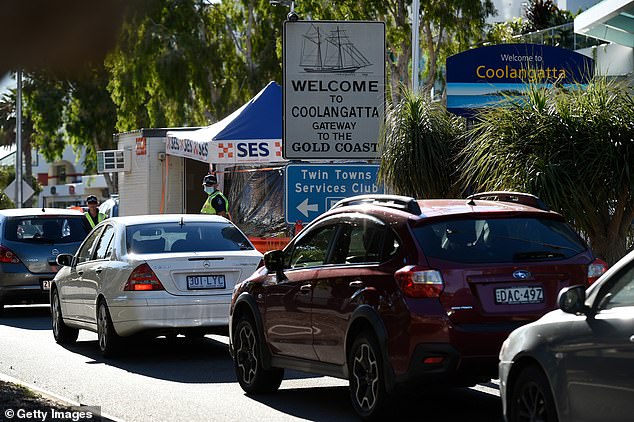 ‘I think the state government should stop passing the buck and help get Queenslanders home – that test could be done by the state and paid for by the state,’ he said on Sunday.