The United Workers Union said staff from Country Road Group’s Truganina factory, most of whom are women, voted in favour of the new agreement on this morning.

The workers are set to return to work at the factory immediately. 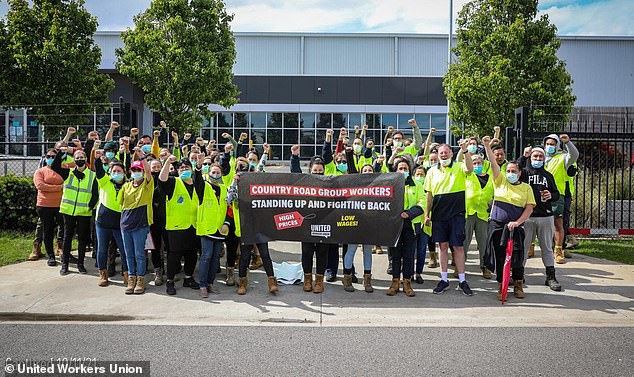 The agreement includes a 13.3 per cent pay rise over four years and will cement 20 more permanent positions for union members, the UWU said.

‘This is an important win for these workers, and it has been achieved despite the broken enterprise bargaining laws,’ UWU National Secretary Tim Kennedy said.

The workers had been striking since November 11 including outside the brand’s flagship Melbourne store and during the city’s Fashion Week festivities. 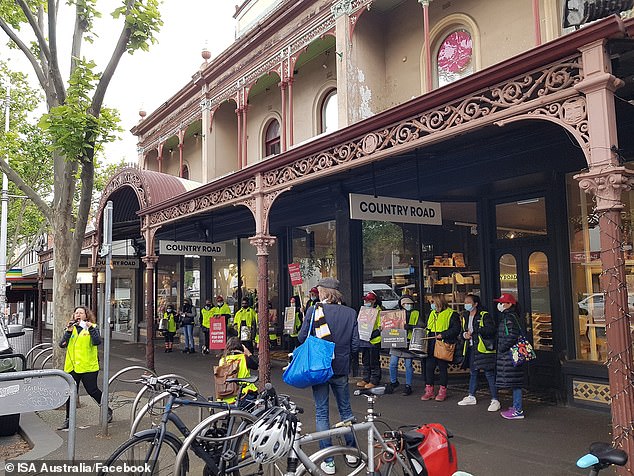 Planned strike action in early November outside the warehouse was postponed after manure was laid outside, drawing claims from the union it had been orchestrated by the company as part of ‘intimidation tactics’.

A Country Road Group spokesman insisted the fertiliser was added to its garden beds as part of ‘routine garden maintenance’.

The Australian retailer, which also owns a stable of other fashion labels including Mimco, Trenery, Witchery and Politix, has been contacted by AAP for comment. 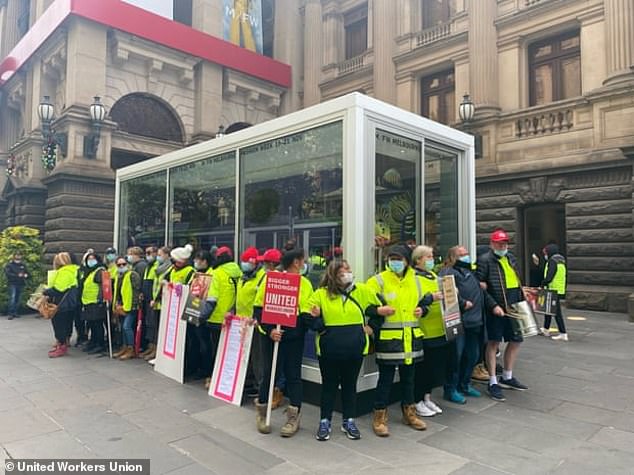 ‘Country Road workers are working for a company that is extremely profitable and has become more profitable in the last 24 months,’ an UWU organiser told SmartCompany last week.

The union has set up a website titled Country Rogue to detail its claims against the clothing company.