The Coalition of Northern Groups in Nigeria has urged the Federal Government and demand that leaders in the region should allow for a peaceful breakup of the country by invoking the relevant statutes on self-determination to allow Igbo citizens of the southern region create the Biafra Republic.

In a letter to the Emir of Kano, Alhaji Aminu Ado Bayero, the CNG said as a critical stakeholder in the affairs of the northern society, it sees the happenings in the South-East as a warning from history.
The CNG, representing the vast circle of rights and civil organisations in northern Nigeria also warned that the people in the region will no longer be expected to be restrained from paying back further acts of aggressive provocation on northerners living as minorities in any part of southern Nigeria.
The coalition stated this in a letter to the chairman of Northern Elders Forum with the title, ‘Alert on unfolding scenarios for destabilision of Nigeria.’ 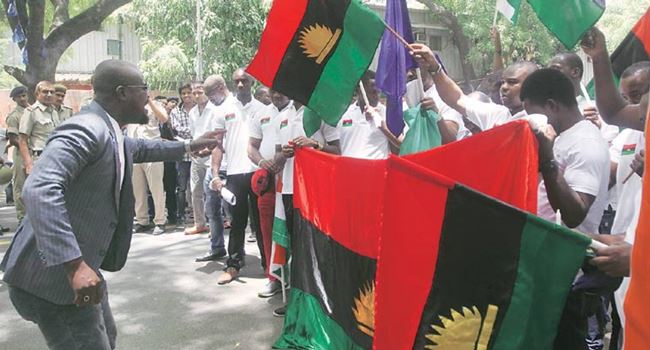