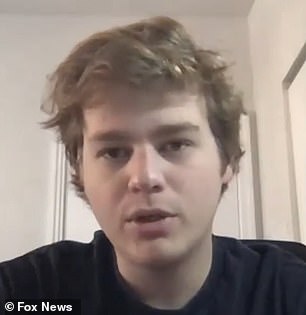 Blayne Clegg, a junior at Catholic University of America in Washington DC, called the Mama painting ‘heretical’ and ‘blasphemous’

A Catholic university student says a painting of George Floyd depicted as Jesus Christ is ‘heretical’ and ‘blasphemous,’ as students set up a petition to have it removed from campus.

Blayne Clegg, a junior at the Catholic University of America (CUA) in Washington, D.C., called artist Kelly Latimore’s Mama painting ‘heretical and blasphemous idolatry’ after discovering it ‘a few weeks ago.’

The painting was unveiled at the school at the end of Black History Month in the law school building, but Clegg told Fox News on Tuesday that he doesn’t ‘spend much time’ there as an undergraduate student. The student said the painting has been met with a ‘universally negative’ reaction and that no one can ‘justify’ the painting.

‘I haven’t found anybody who’s been able to give a serious theological justification for this kind of heretical, blasphemous idolatry,’ he said of the painting.

Clegg admitted that ‘Jesus has been depicted as many different races, but Jesus is always depicted as nothing but Jesus.’

‘There has never – to my knowledge – been any serious, respected Catholic theologian or icon maker who has depicted Jesus Christ as another human being,’ he told Fox News. 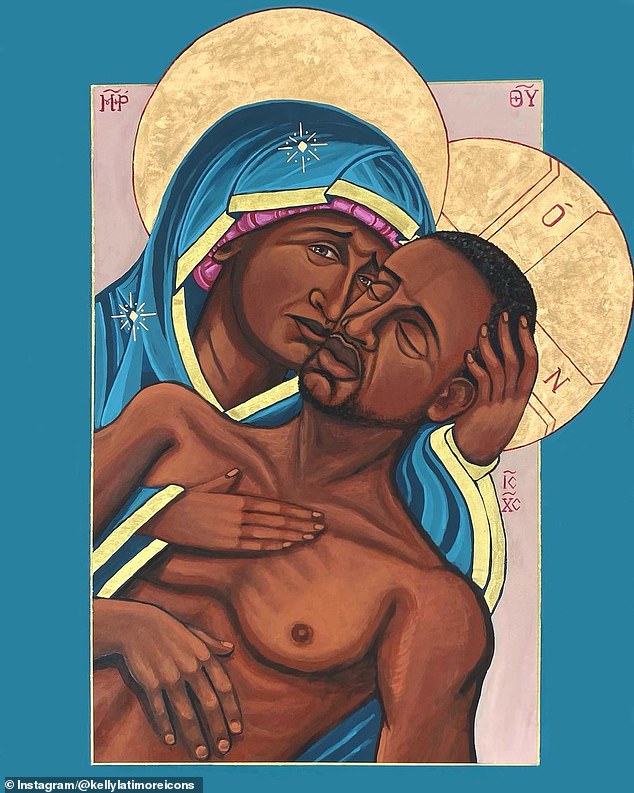 Kelly Latimore’s Mama painting (pictured) shows George Floyd as Jesus, and CUA students are now asking for it to be removed from campus as no one has ‘been able to give a serious theological justification for this kind of heretical, blasphemous idolatry’ 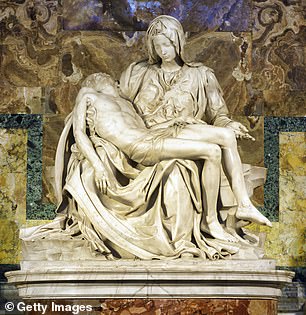 The painting is based off Michelangelo’s La Pieta (pictured), which depicts Mary holding Jesus’ dead body in her arms

The painting is a replica of Renaissance painter and sculptor Michelangelo’s La Pieta, which debuted around 1498 in St. Peter’s Basilica in Vatican City.

Student organization CUA Young Americans for Freedom started a petition to have the painting removed from campus.

‘We are asking through this petition that the University’s administration remove these images from public display on our campus, as we believe they are disrespectful, and sacrilegious,’ the petition stated.

The school club called the painting a ‘political’ statement and highlighted the separation of church and state.

‘No political or social cause ever justifies depicting another in the place of Jesus Christ.’

The petition has reached more than 1,000 signatures as of November 23.

It is unknown if Clegg is a member of the club. 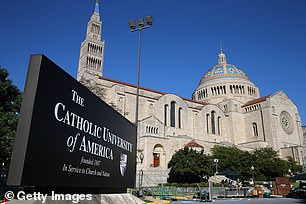 Latimore said she created the painting following the death of George Floyd in May 2020.

‘The icon “Mama” was painted after the death of George Floyd in May 2020. Many people asked whether the man in the icon was “George Floyd or Jesus?” The answer to that question is “yes,” the artist wrote on her Instagram page last week.

‘We bear witness to Christ present in all the crucified people of history,’ she wrote. ‘Looking into the eyes of mothers who are continually losing sons and daughters who are chased and unjustly murdered by the state and angry mobs.’ 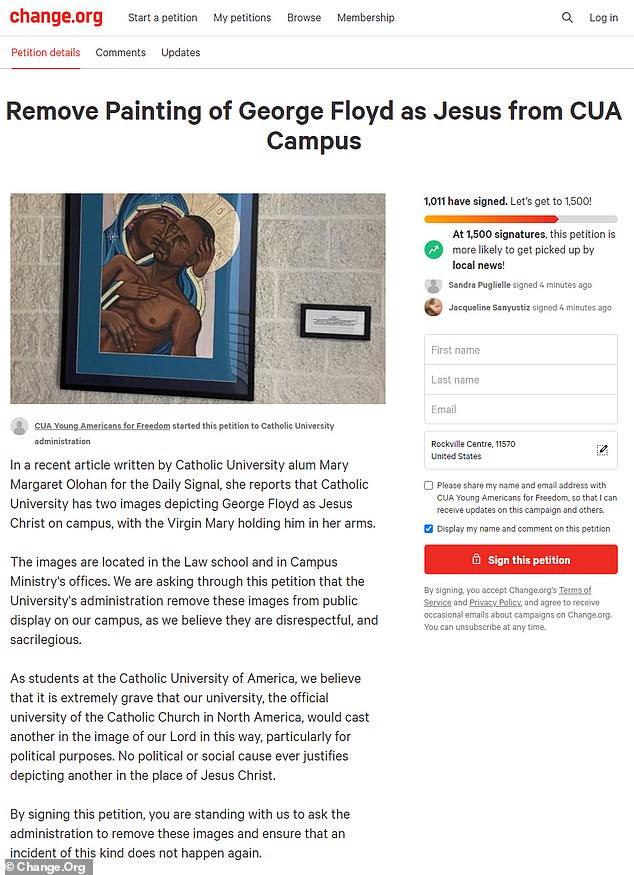 Students are now petitioning the removal of the painting from campus

The artist also said she hoped ‘actions’ would change upon seeing the image and that ‘thoughts and prayer’ would guide viewers.

The university disagreed and said ‘that’s not how we read it’ in a statement about the Floyd painting.

‘The icon ‘Mama’ is a pieta depicting Mary and her Son, Jesus Christ. The letters in the halo are Ὁ ὬΝ, which is shorthand in Greek for ‘I Am.’ The letters are used in icons only in connection with Jesus Christ, the Son of God,’ the school said in a statement.

‘There are those who would like to see George Floyd as the male figure in the icon. That is not how we read it. The image represents to our community a good-faith attempt to include religious imagery on campus that reflects the universality of the Catholic Church.’

DailyMail.com reached out to CUA and Latimore for comment.