A Catholic school teacher in Colombia has gone viral after he was caught sucking his wife’s breasts after forgetting to turn off his camera during a Zoom class with teenage students. 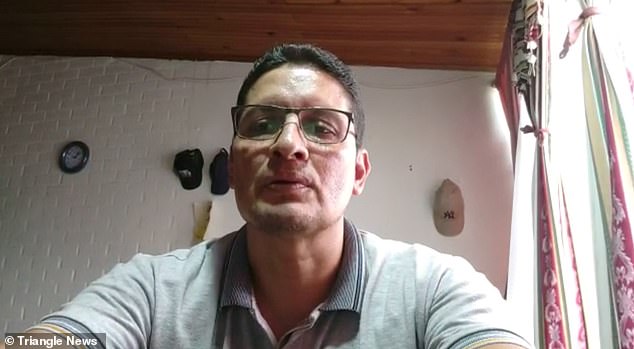 In the video, Ruben, who didn’t realise he was still on camera is seen lifting up his wife’s blouse before he appeared to kiss her left breast as the 16 and 17-year-old pupils watched on.

One of the students at the school was heard saying: ‘Oh my God’ and cringes as her teacher canoodles with his wife.

He said: ‘Some images were recorded while my wife came in to greet me that have gone viral on the web.

‘Of course it was a mistake of mine, as I didn’t realise the camera was still switched on at the end of class.

‘At no moment did I do this deliberately. It was accidental.

‘I want to apologise for causing offence.’

Headteacher Patricia Duran Cespedes has launched an investigation into the incident.

She said: ‘This was a serious matter in which the teacher in charge of the class performed an inappropriate act which was recorded by some students.

‘And was later viralized on social media.’ 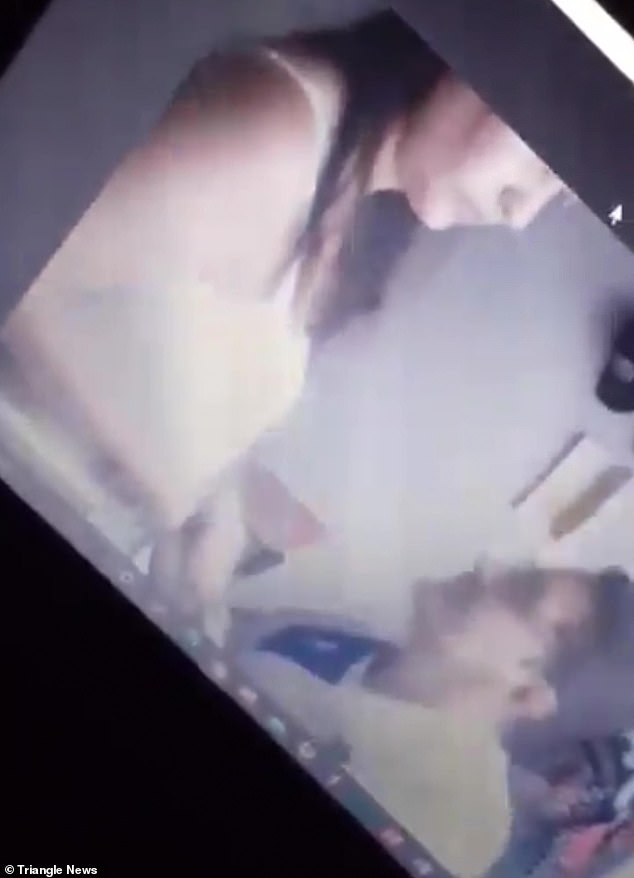 One viewer – called Lapaty – joked: ‘It looks like his wife isn’t enjoying the breast sucking very much. Poor bloke, now all the world knows his wife is barely interested.’

Pipe Dorado added: ‘I feel sad looking at his wife’s face. There’s no feeling at all in her body. Or does the prof need a lesson in breast sucking?’