Our correspondent, who is monitoring the protest, reports that the protest was declared open at the Awotan junction.

The residents noted that they will not pay money to any official of Ibadan Electricity Distribution Company (IBEDC) unless they were metered.

They insisted that they will not welcome any official of the electricity distribution company who comes to their houses without being given prepaid meters.

They vowed not to pay monthly electricity money unless they were given prepaid meters.

They warned officials of the electricity distribution company not to come to their houses without prepaid meters. 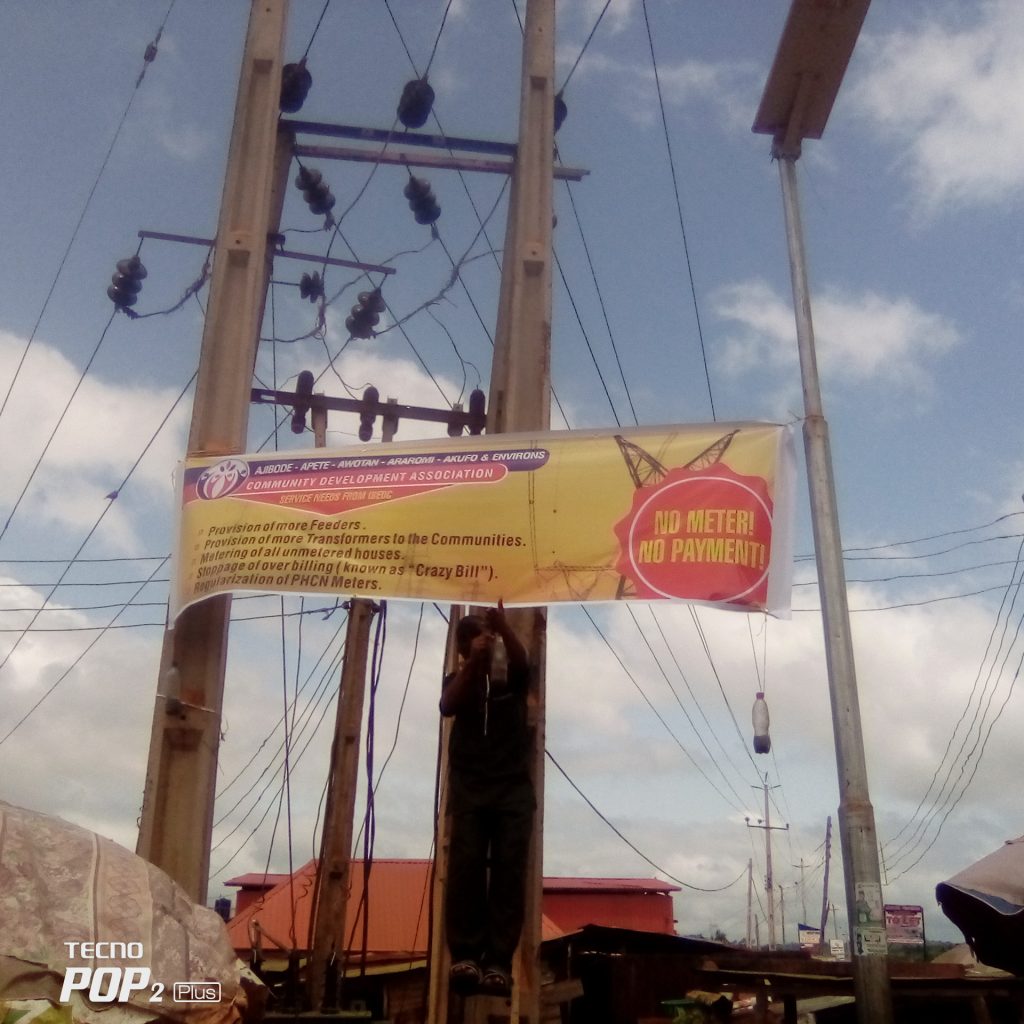 The residents insisted that failure to do all these, no officials of the electricity distribution company would be allowed to either collect money from residents or cut their wires.

The residents during the campaign placed their banners strategically in order to sensitise the members of the public.

Chairman of Ajibode, Apete, Awotan, Araromi, Akufo and Environs, Community Development Association, Engineer Rasak Fabayo, while speaking during the launch of the campaign noted that the communities were paying for what they were not using. 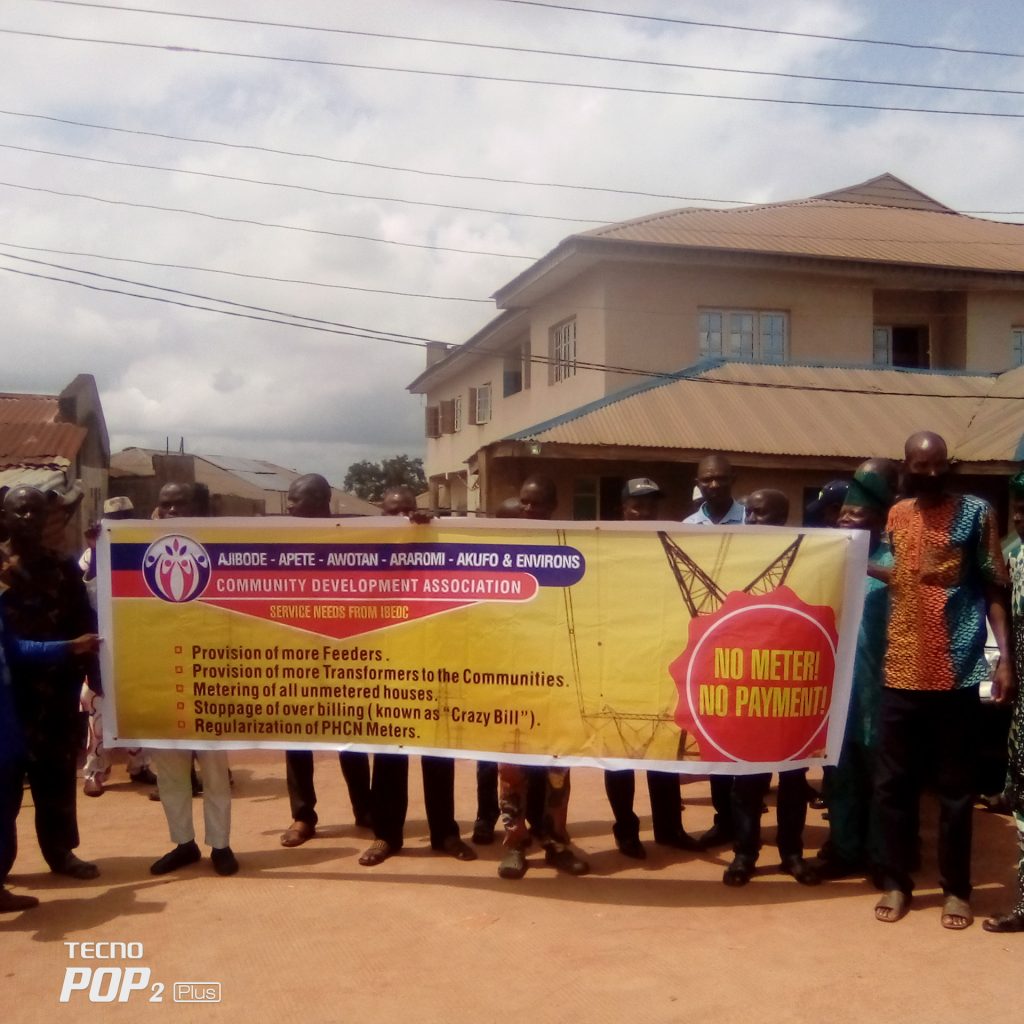 Fabayo said, “We are here to launch a ‘no meter no payment’ campaign. We are paying for what we are not using.

“On behalf of residents of Apete, Awotan, Araromi Akufo, Laniba, Ajibode, we are launching this campaign, if any IBEDC official comes to your house, and they demand money, tell them that no meter is no payment.”

Our correspondent reports that the residents are currently taking their campaign to Apete garage, Arola, Ajibode junction and other areas in the two local government areas. 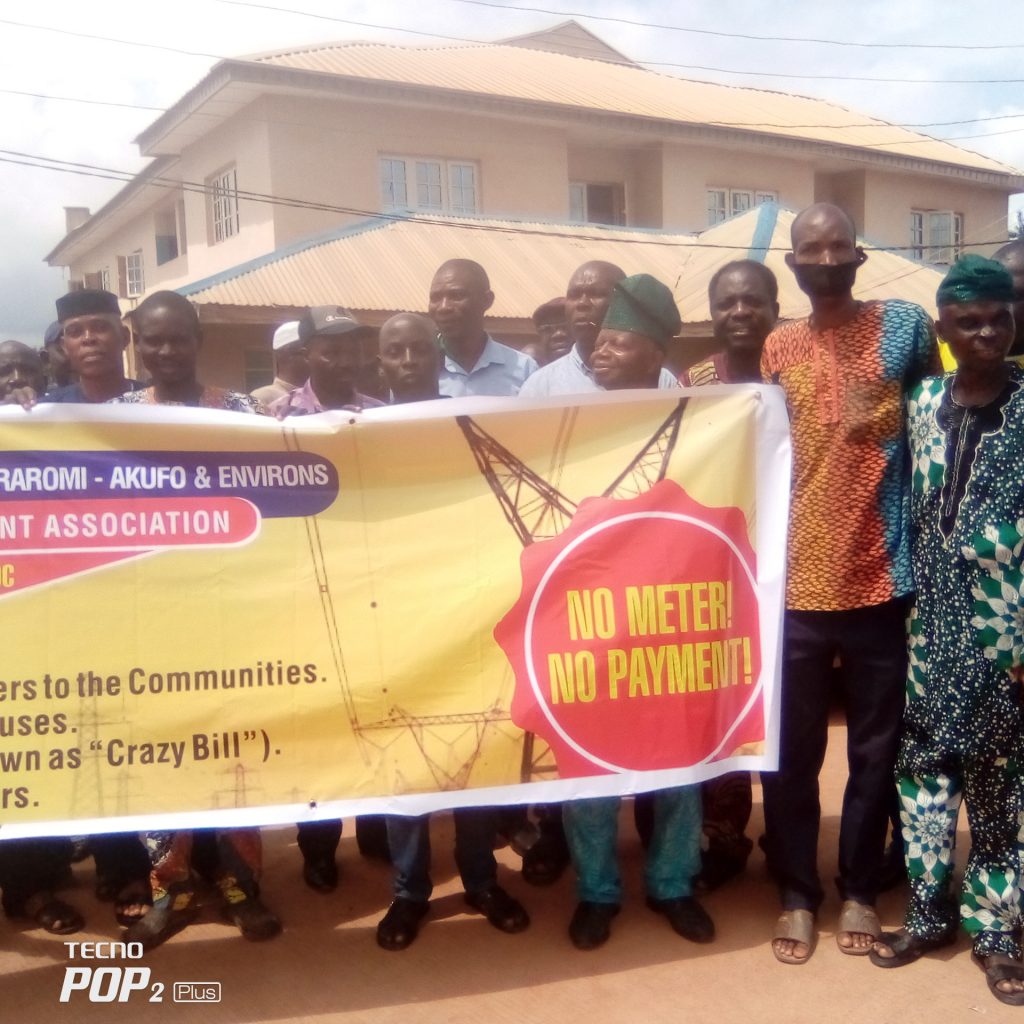