Three shoppers are fighting for their lives after a bloodbath knifeman went on a stabbing spree at a Countdown Supermarket in Dunedin, New Zealand on Monday, May 10.

Eyewitnesses said there was chaos as a knifeman injured several people in Dunedin before walking into a police station next door.

Three of those stabbed are in critical condition.

The alleged attacker was arrested after the horror unfolded at 2.35pm local time, NZ Herald reported.

police  have praised the bravery of shoppers who intervened to confront a man in the “random attack”.

Officers found four people with stab injuries and the alleged offender, who had been detained by members of the public.

He praised the bravery of shoppers who tried to intervene. Basham said they had acted selflessly and were heroic.

“The credit goes to the members of the public who acted heroically,” he said.

He continued: “This was a fast-moving and extremely traumatic event for every person in that supermarket – the victims who were injured, those present who tried to intervene and those who had to flee to a place of safety.”

It was the very early stages of the inquiry, including the motivation of the attack.

“We believe this was a random attack,” he said.

The alleged stabber was injured and is currently in hospital under police guard.

The officer told reporters: “Before I came to speak to you this afternoon, I have viewed the CCTV footage which is quite traumatic. What I can say is those that intervened, some of who became injured themselves, I think have acted selfless and great courage to prevent this man from hurting anybody else – and indeed I think they did just that.”

He said while the proximity of emergency services to the supermarket “undoubtedly” helped, the credit goes to the members of the public who intervened. 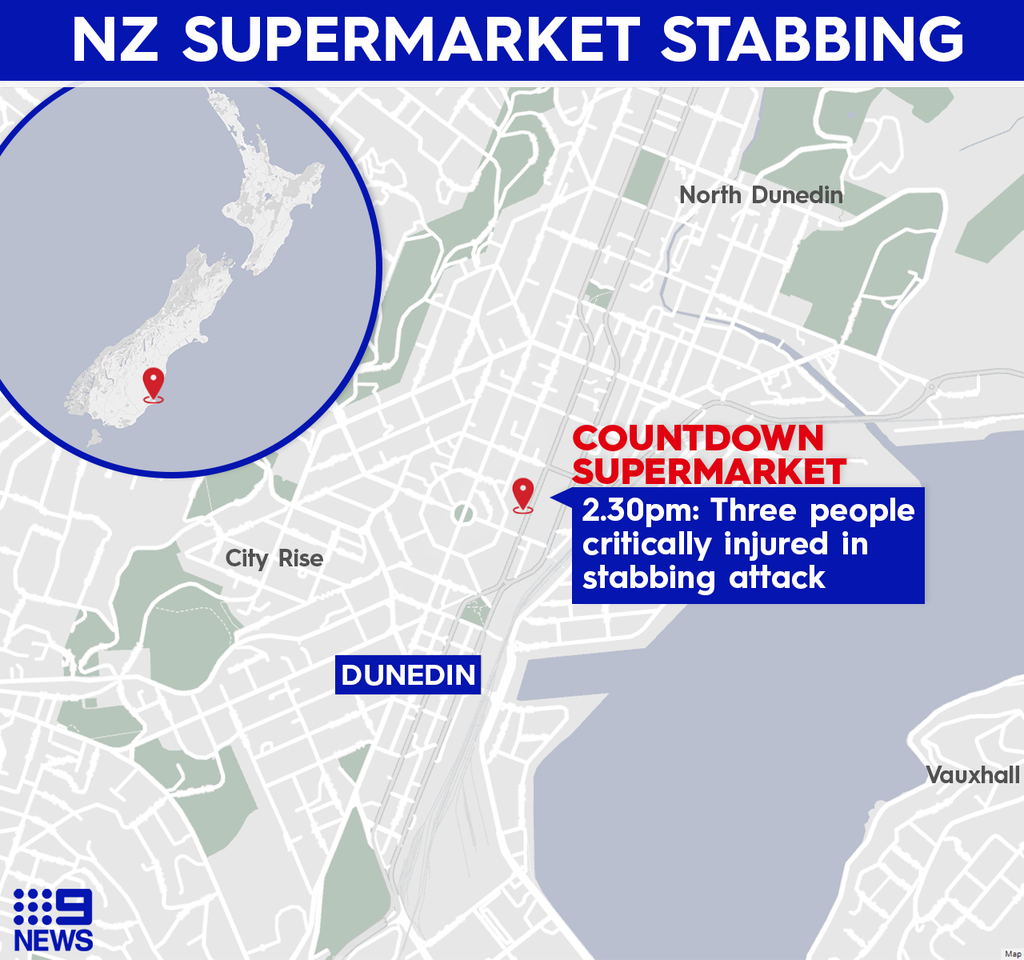 “God forbid the status of those victims deteriorates overnight, and then we would be looking at something else. But let’s hope that’s not the case.”

Prime Minister, Jacinda Ardern, said there was nothing to suggest a domestic terror event according to the current police investigation.

“Needless to say such an attack is hugely concerning,” she told a post-Cabinet press conference as she praised passers’-by bravery and said her thoughts were with those injured.

Spencer Sonn, Countdown managing director, said they were “shocked and devastated” by the incident.

“Our priority right now is our injured team members and caring for our wider team in the wake of this extremely traumatic event. We are deeply upset that customers who tried to help our team members were also injured.