A BHP worker smashed her drink over a man’s head after an explosive argument over a bar tab during a Christmas party, a court has heard.

Kytarna Leyland-Rice, 22, glassed the 35-year-old victim at Mackay’s Langfords Hotel last year, after he made racist and sexist remarks at the workforce co-ordinator.

The argument, which was captured on CCTV footage, shows Ms Leyland-Rice smash her drink into the victim’s head, leaving him with a 3cm gash that required staples. 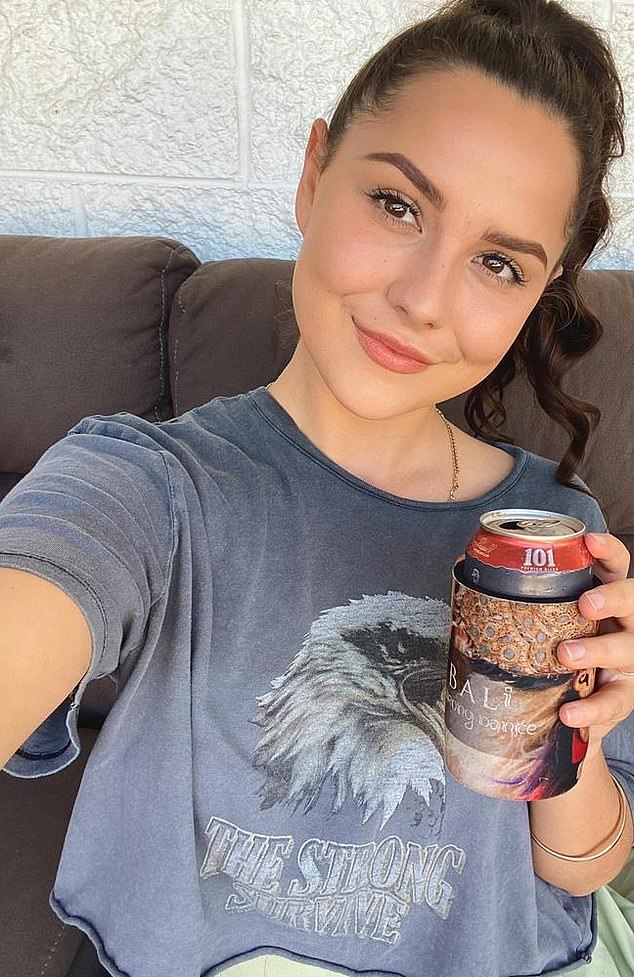 Mackay District Court heard the pair were drinking at Sails Sports Bar for a Christmas party on December 27 when the victim believed Leyland-Rice was using a bar tab that she wasn’t entitled to.

Derogatory language was exchanged between the pair before an altercation erupted once they arrived at the Langfords Hotel, according to The Courier Mail.

‘My client denied ever using the bar tab and she’s someone who really values their reputation as an honest person,’ Mr McLennan said.

The court heard the victim and the accused had spent the day drinking, with Ms Leyland-Rice claiming she was not a ‘big drinker’.

An argument had erupted between the BHP worker and the victim with CCTV footage capturing the glassing at Langfords Hotel in Mackay, the court heard

Ms Dick acknowledged the victim had been ‘very provocative’ after making racist and sexist comments towards Ms Leyland-Rice.

During the clash, Ms Leyland-Rice had stood up to leave with a group of friends as the victim stood up and continued yelling and gesturing, the court heard.

The judge added it was disappointing to see a young woman ‘with such good qualities’ before the District Court.

Ms Leyland-Rice plead guilty to unlawful wounding and was jailed for 12 months, wholly suspended for 18 months.

A criminal conviction was recorded against her name.