Australia has abandoned plans to build a 2700-metre concrete runway in Antarctica, a project fiercely criticised by conservationists, partly due to higher-than-expected costs.

The federal government on Thursday announced it would not proceed with the runway, slated to be built near Davis research station, following a detailed environmental and economic assessment.

Environment Minister Sussan Ley said the government had thoroughly researched the proposal over five years “in a way that has greatly increased our understanding of this unique terrestrial and marine environment”.

“It is now clear that higher projected costs, potential environmental impacts, and the complexity of a 20-year construction process in an extreme and sensitive environment, are such that we will now focus on alternative options for expanding our wider Antarctic program capability,” she said in a statement. 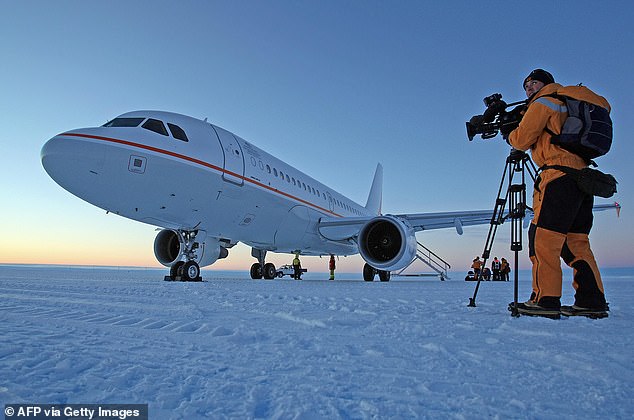 The government dropped the plan due to the impact the construction would have on the continent, and higher-than-projected costs (pictured: a jet after carrying passengers from Hobart to Antarctica)

“There will be significant announcements on Australia’s enhanced capability in the near future while we continue to protect the environment and create jobs.”

The Bob Brown Foundation has campaigned against the runway, claiming it would cause irreversible harm to unique ecology and set a dangerous precedent for future development.

Ms Ley said the decision sends a clear message about Australia’s commitment to due process and robust environmental assessment. 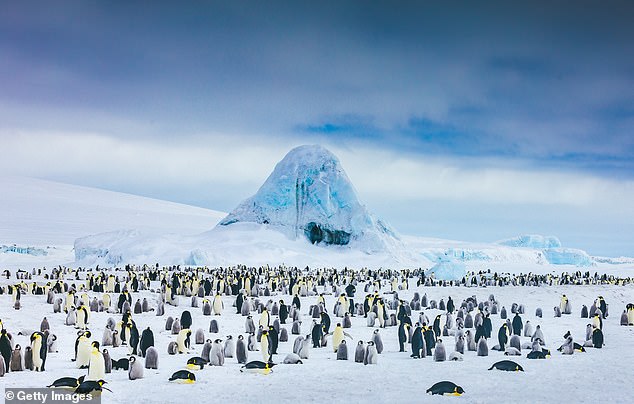 It would have taken 20 years to construct the runway, prompting the government to reject the build in order to protect Antarctica’s pristine wilderness (pictured)

The Australian Antarctic Division previously said the runway would allow year-long flight access to the frozen continent, revolutionise scientific activities and enhance the country’s long-term interests in the region.

The plan, initially announced by the federal government in 2018, also included an access road and new wharf.

Construction would have relied on two cargo vessel deliveries to Antarctica each year for up to 10 years.

Ms Ley urged all countries to place the Antarctic Treaty System, which set aside the continent as a scientific preserve, at the forefront of decision making.