A secretary at an Alabama high school has been accused of having sex with an underage male student.

Authorities in Coffee County on Tuesday arrested Martha Sasser Pope, 43, on a felony charge of being a school employee engaging in a sex act with a student.

Pope, who was hired as a secretary at Elba High School in 2020, allegedly engaged in intercourse and oral sex with a student on September 10, according to a criminal complaint. 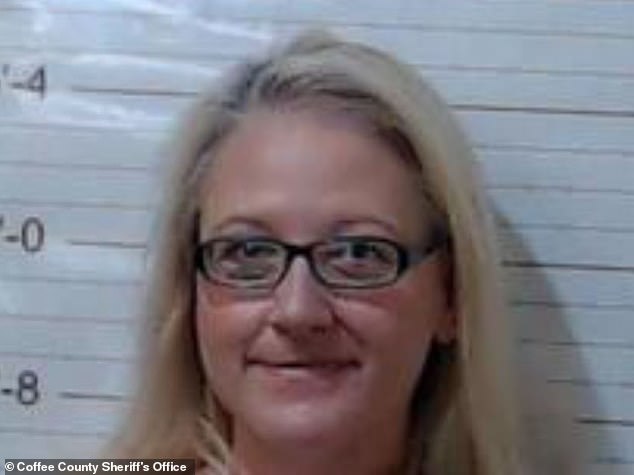 Alabama high school secretary Martha Sasser Pope, 43, has been charged with being a school employee engaging in a sex act with a student

An unnamed source told the station WDHN that the victim was a 16-year-old boy.

The complaint did not say how or when law enforcement officials found out about Pope’s alleged sexual misconduct.

No additional details concerning Pope’s alleged relationship with the minor were immediately available.

Pope was released from Coffee County jail within an hour of her arrest after posting $5,000 bond. 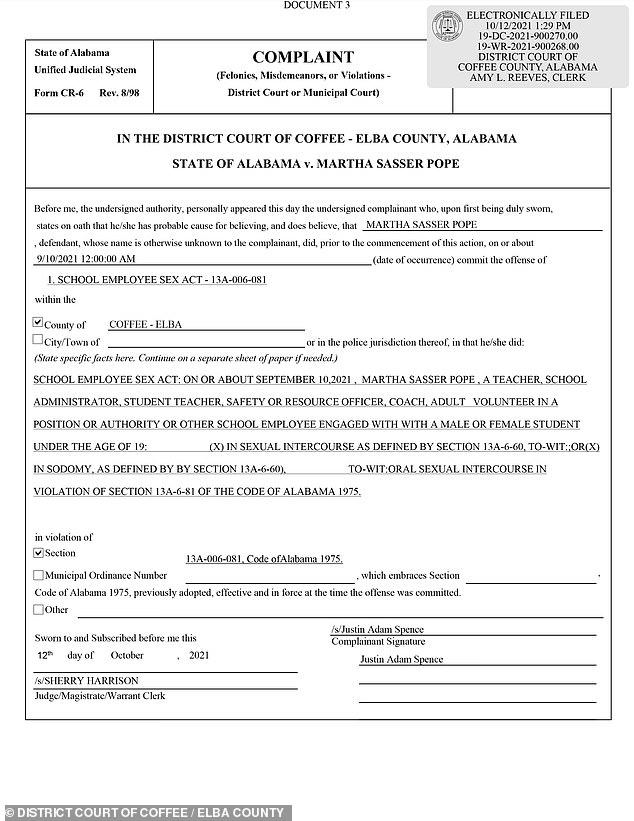 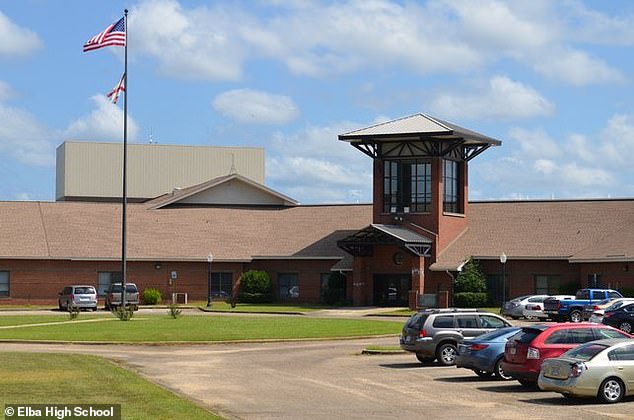 Pope, who was hired as a secretary at Elba High School (pictured) in 2020, is accused of engaging in oral sex with a 16-year-old boy

Elba School Superintendent Chris Moseley said that Pope has been put on paid administrative leave pending the outcome of the criminal investigation.

Elba City School Board is scheduled to hold a meeting next week to discuss the allegations against the school administrator.

Pope is due in court for her first appearance on November 10.