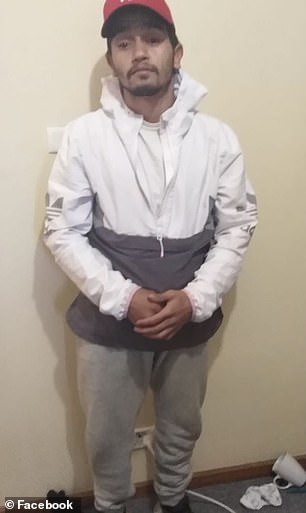 After fatally shaking his baby son to stop the boy crying, Evander Wilson hugged the boy and told him ‘daddy’s sorry’.

Jakobi Wilson was born prematurely just 10 months after the couple’s first child. His mother was 18, his father then 20.

Jakobi spent his first three months in hospital but was finally able to join his family in Mildura in January 2020.

On the night he died Wilson became angry over a bottle of soft drink that failed to arrive with pizza they ordered for dinner.

Fearing Wilson would hit her, his then-partner put the baby in his car seat in front of the television.

Wilson dragged her by the hair and punched her several times. Jakobi began crying and Wilson picked him up.

He bounced the boy around, not supporting his head which was flopping around.

Prosecutor Neil Hutton told Victoria’s Supreme Court, sitting in Mildura on Monday, that Jakobi’s head hit Wilson’s knee. The baby was still crying when Wilson put him back in the car seat, but he refused a bottle, spat out his dummy and went silent.

His mother began to panic when Jakobi went pale and both parents followed the directions of paramedics, performing CPR until help arrived.

Jakobi died in hospital that night. His mother said her fairytale of having a family was ripped apart by Jakobi’s death.

‘I had so much self-blame, constantly thinking if I had got out of his violent relationship sooner I would never have lost Jakobi,’ she said.

But she said she never thought Wilson was capable of what he did that night. 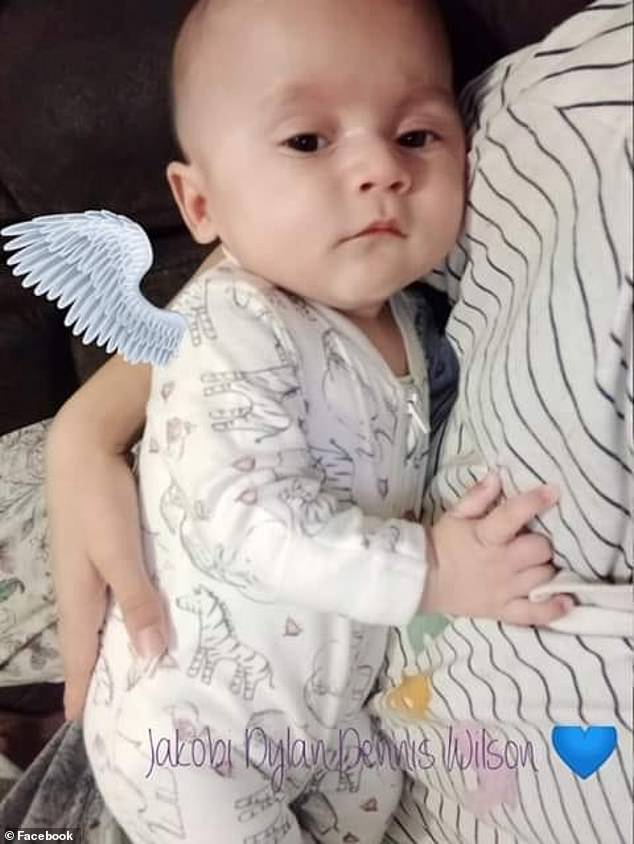 Police claimed baby Jakobi (pictured) died of ‘head injuries’ which they allege were caused by Mr Wilson, but his sister Cherokee disagrees

Wilson was initially charged with murder but has pleaded guilty to manslaughter on the basis he was negligent.

His lawyer Sam Andrianakis said Wilson was a now-21-year-old Aboriginal man who had a troubled upbringing, exposed to drugs and physical and psychological violence.

‘He only blames himself,’ he said.

But Justice Elizabeth Hollingworth noted Wilson had tried to blame the boy’s mother, claiming she had dropped him and he was covering for her.

‘Those are pretty disgusting things to say in the context of what’s happened,’ Justice Hollingworth said.

‘He is a young man who has never had the opportunity that a lot of us have – being in a stable, loving, caring family for any decent period of time,’ Mr Andrianakis said.

Wilson had hugged the baby afterwards and told him ‘daddy’s sorry’ and told his partner later ‘I took my son away’.

Justice Hollingworth will hand down her sentence in Mildura on Tuesday afternoon.