The remains of the seven Nigerian Air Force personnel that died in last Sunday’s Beechcraft King Air B359i crash have been laid to rest at the National Cemetery, Lugbe, Airport Road, Abuja.

Their bodies were lowered into the grave at exactly 1pm and accorded full Military honours with the symbolic traditional 21 gunshot salute.

Family members and colleagues of the deceased, including top ranking officials of the Military, wept uncontrollably as they were buried.

The Chief of Air Staff, Air Vice Marshal Oladayo Amao, described the late officers as courageous heroes in whom the Force had so much confidence, and promised that the Force would ensure that they did not die in vain.

He said, “The loss of these confident, courageous and professional young officers and airmen must spur the rest of us not only to rededicate ourselves to the service of our nation, but also to resolve that we shall relentlessly expose and fight all agents of destabilisation and extremism in our society.

“We must throw everything that we have into this fight, to ensure that our departed colleagues did not die in vain.

“The untimely death of these very promising gentlemen occurred on Sunday, February 21 in Abuja while they were on active duty in service to our Fatherland. I must confess that, even at this moment, the Nigerian Air Force is still in palpable shock and grieving very deeply upon this loss of our gallant and courageous heroes, in whom we had so much confidence, with our expectations now suddenly and painfully cut short.”

Dignitaries at the ceremony include Governor Kayode Fayemi of Ekiti State; Minister of Defence, Maj. Gen. Bashir Magashi (retd); and Minister of Women Affairs, Paulen Tallen, among others.

May their souls rest in peace, Amen. Read a brief biography of the deceased and see more photos from the funeral below

Late Flight Lieutenant Chiroma Haruna Gadzama, the pilot of the crashed plane, was born in January 11, 1990 in Kaduna. He hailed from Askira-Uba Local Government Area of Borno State. He was enlisted into the Nigerian Air Force as a member of Nigerian Defence Academy Regular Course 62 ON 14 August 2010 and commissioned pilot on 14 August 2020. Until his death, he was serving as a Squadron Pilot at 307 Executive Airlift Group, Abuja. He was not married.

Flight Lieutenant Piyo Henry Piyo was born on 11 May 1991 in Jos. He hailed from Riyom Local Government Area of Plateau State. He was enlisted into the Nigerian Air Force as a member of the Nigerian Defence Academy Regular Course 62 on 14 August 2010 and commissioned Pilot on 12 September 2015. Until his death, he was serving as a Squadron Pilot at the 307 Executive Airlift Group Abuja. He was single.

Flying Officer Micheal Ifeanyi Okpara was born on 11 September 1995 at Takum in Taraba State. He hailed from Afikpo North Local Government Area of Ebonyi State. He was enlisted into the Nigerian Air Force as a member of the Nigerian Defence Academy Regular Course 65 on 21 September 2013 and commissioned Pilot Officer on 13 October 2018. He was married with two children

Warrant Officer Bassey Asuquo Etim, was born on 24 December 1973 in Kaduna. He hailed from Akpabuyo Local Government Area of Cross River State. He was enlisted into the Nigerian Air Force on 15 July 1996.

Flight Sergeant Olasunkanmi Ojo Olawunmi was born on 30 March 1983. He hailed from Ekiti South Local Government Area of Ekiti State. He was enlisted into the Nigerian Air Force on 1 March 2002.

Aircraftman Adewale Stephen Johnson was born on 9June 1996. He hailed from Ibadan South East Local Government Area of Oyo State. He was enlisted into the Nigerian Air Force on 5 August 2017. 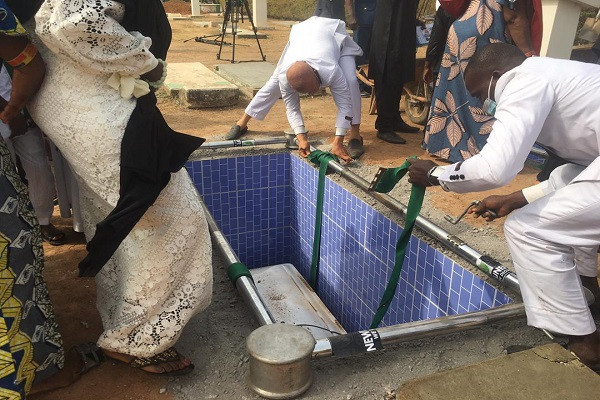 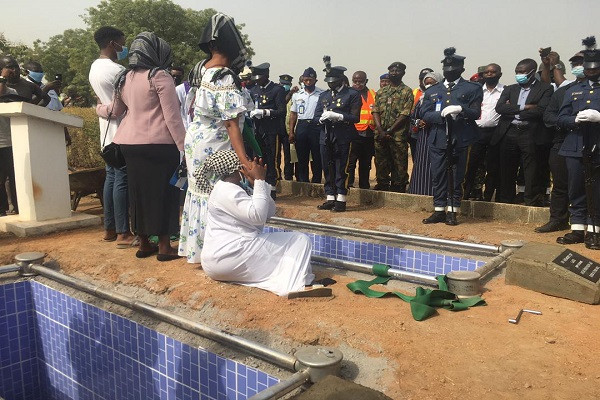