A 23-year-old man who is dating a 60-year-old woman with an age gap of 37 years have defended their relationship and hit back at trolls who mock her “wrinkly” face saying she looks like his grandmother others claim that he must be with her only because she’s “rich”.

The couple insist that their relationship is genuine after trolls said it is “disgusting”.

Leo, a US-based man, is in the habit of showing off his 60-year-old girlfriend Cheryl cuddling, kissing and dancing together on TikTok regularly and this has elicited strange reactions from viewers who mock the woman for being old, with people saying their relationship is “weird” and “wrong”. 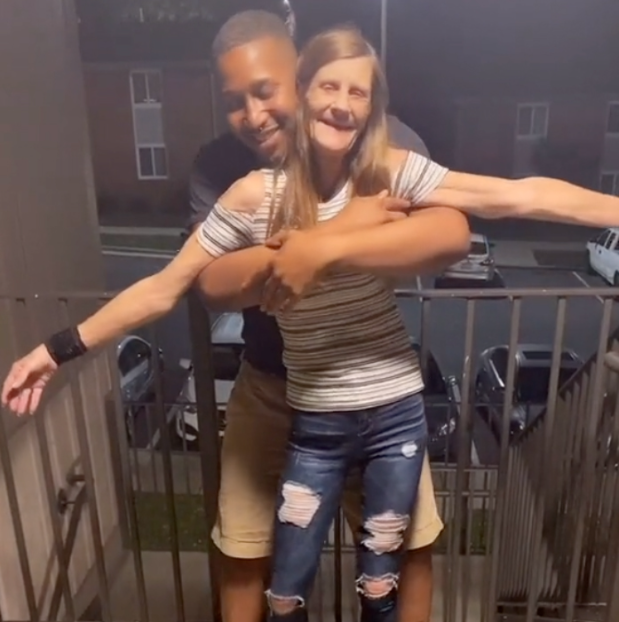 In a recent video, the couple responded to a question one of the viewers had asked, “Do your family approve y’all dating?”

They say “yeah” in unison and revealed that Cheryl’s children – who are all older than Leo – are happy for them. They also regularly refer to themselves as ‘couple goals.

Cheryl, in an Instagram live, hit out at haters, saying, “You don’t judge a book by its cover. People are too farfetched, they say stupid immaterial s***, but what i say back to that is, you can’t judge us. Looks have nothing to do with it, we’re given our looks, how can we help what we look like? The best thing is our heart.

She continued, “I’m not doing anything wrong, we dance, we spread positive vibes, we have a lot of good things going for us, I’m not gonna let the haters win. He treats me good, I treat him good, what’s everyone concerned about?”

She added, “Age is just a number, we can’t help who we love. It doesn’t bother us because it’s not the truth, they’re saying stupid stuff.”